The Garry Boater-X is in its 3rd year, held on the dam-release River Garry near Fort Augustus and organised by Kevin Barclay and Daryn Hubbucks in association with the SCA, Pillow Rock and Go Kayaking Scotland. This year, the competition was attended by 41 men, 18 ladies and many more spectators. Here’s a little write-up from my first experience of boater-x. 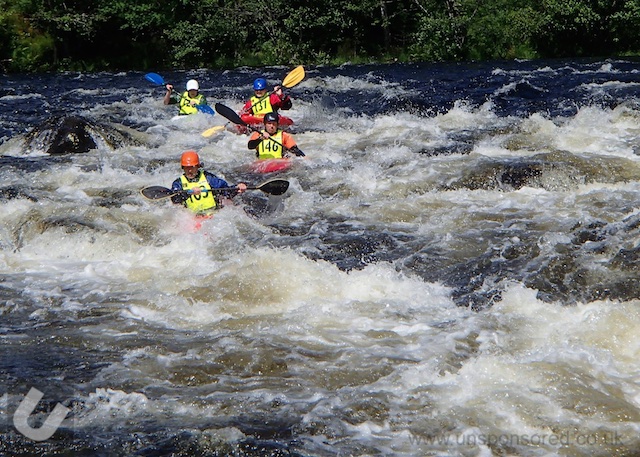 The Garry Boater-X 2015 was a truly well-organised event. A friendly host of mainly Scottish paddlers were welcoming on arrival at the river and despite knowing very few other people on arrival, by the time the last finals were held, it seemed that everyone knew everyone despite some fierce rivalries and intense competition!