Some Lessons Learned From A Swim

There’s something incredibly humbling about having a bad swim. Yes there’s the realizing the river’s the boss, however much control you think you are in – but more in recognizing the support from those paddlers around you – some of whom you may not have even met before.

This Saturday I took a dip on the Spillimacheen River in BC. It happens – I was due one, it’s been a couple of years. But this one was different. I’ve had other bad swims over the years, but with those, although I’ve had other paddlers around, I’ve played a part in my rescue. With this one, apart from the single act of keeping concious/breathing there was very little I could do. 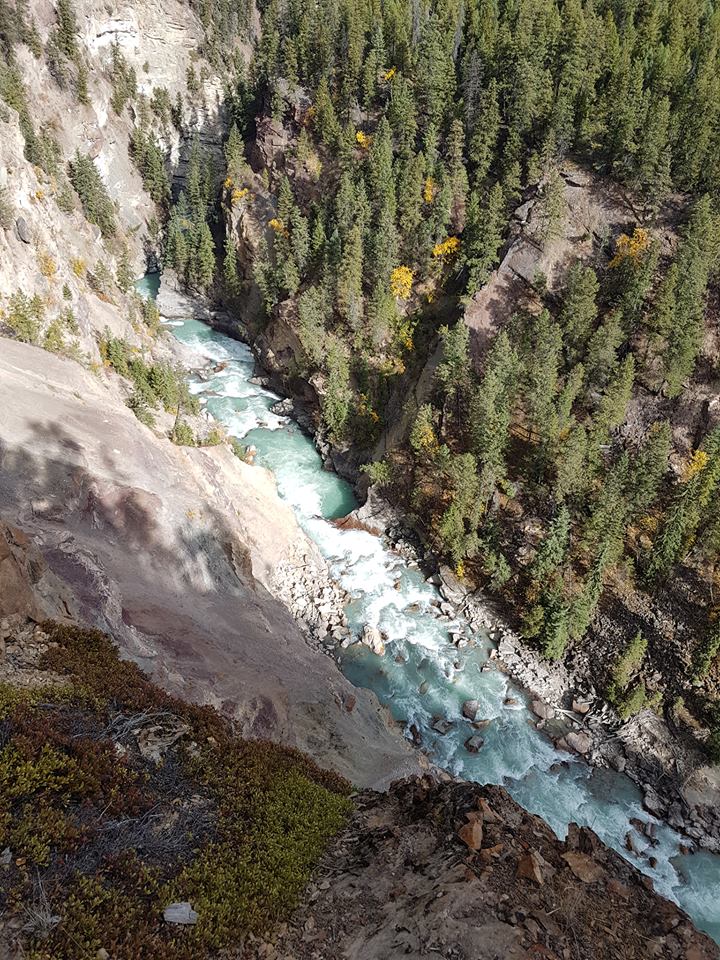 I was going to and should have got out and inspected. I hadn’t been paddling much and although I know the river, I should have refreshed the line in my head. The reason I didn’t, was that I wasn’t paddling that confidently and wanted the boost that running a drop blind would give me. Yeah, wrong move.

The how and why I ended up swimming aren’t important, but I ended up in a swirly eddy/cave combo on the end of a rope. In my keeness to cling onto the line I didn’t run it to the end, so there was still slack line behind where I was holding it. The slack wrapped itself around my leg, meaning that I couldn’t climb up the rock wall to get out the water [and get air] and I couldn’t let myself follow the current back upstream to the top of the eddy. I was caught in limbo unable to get enough breath to free the line from my leg.

Check your BA (PFD). Mine was a few years old and I’d been kinda thinking of getting a new one. Do it. Even those extra few mm of floats make a huge difference when you haven’t got them.

When holding a line, it’s worth letting it run to the end so you are holding the bag end if you can. That surplus line behind you is a hazard – especially if you are in a ‘static’ situation rather than travelling downstream.

I’m not sure how long I was in the cave. It felt like 5 minutes, it could have been way more or less. Either way, Ethan, who bagged me super quick, was on his own and couldn’t easily pull me in.

It’s not always possible [as in this case], but if setting up safety, remember that it is WAY better to have two bodies to hold a line. Swimmers are heavy and footing is often precarious.

The incredible support from the group. Ethan not only pulled me out and sat with me while I spewed up water and couldn’t stand for 10 minutes – he pulled the boat out and stayed right by me all the way out of the canyon.
I had never met Ethan before.

Sean and Jason carried my boat up an incredibly shitty walk-out of the 500ft canyon for me – the whole group deciding to abandon their paddle and boats and lead me up to the road to make sure I was okay, before walking back down to continue.

I thought I knew the way back. I was saying I was fine to hike out and believed it. They had the wisdom to know better. In hindsight I wouldn’t have found the road. It could have got ugly. Believe and trust your group.

So thanks again to Sean Mc Ternan, Ethan Shea Begley, Jason Metcalfe. I will do my utmost to pay it on. I owe you guys.