When a newbie kayaker goes paddling, he discovers a posse of pros on the river and wonders whether someday he could be that cool. A daydream in the eddy transforms the purple-helmeted rookie into a whitewater Adonis. Join kayaker Ben Marr as he takes us to a world where a paddler’s wildest fantasies come true.

END_OF_DOCUMENT_TOKEN_TO_BE_REPLACED

Return to the Ditch – Tandem Kayak

Rush Sturges and Ben Marr, return to the ditch with a new weapon of choice. Crazy speeds in a Jackson Dynamic Duo.

END_OF_DOCUMENT_TOKEN_TO_BE_REPLACED 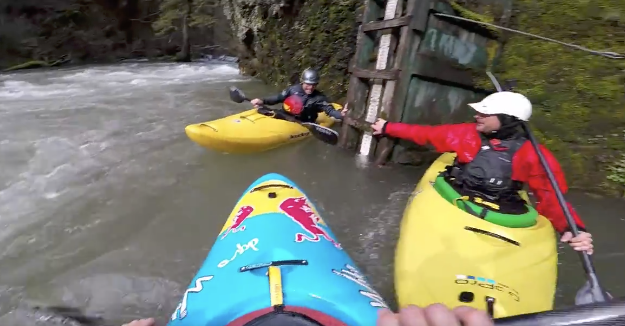 This appears to be the same or similar kayak.

END_OF_DOCUMENT_TOKEN_TO_BE_REPLACED

The Stikine for years has been considered the pinnacle of big volume expedition kayaking, however for years the Site Zed rapids remained un-run. Now years later after Ben Marr broke the spell, finally taking on the beast, the worlds best paddlers have had it in their sights. 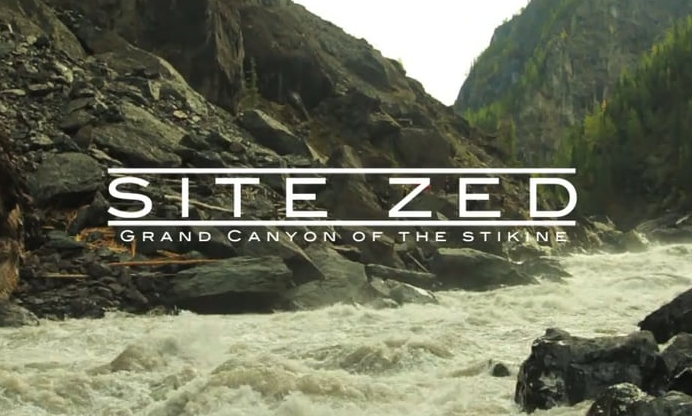 I had been lucky enough to witness 6 descents of the beast. It looked real good at these flows but still not been my time! one day!

END_OF_DOCUMENT_TOKEN_TO_BE_REPLACED

Could This Be The Best Edit Of The Year

Is it possible that this video (edit) is the best kayaking video of the year. For my money it is definitely the best so far.

I wonder… if… one day… END_OF_DOCUMENT_TOKEN_TO_BE_REPLACED

I have waited a couple of weeks and have watched the movies a couple of times before I committed my thoughts about it to the site.

Congo – The Grand Inga Project is probably one of the most eagerly awaited kayak movies to date. In addition it’s a departure from the now usual big drop after big drop movie. If you are expecting Steve Fisher, Ben Marr, Rush Sturges and Tyler Brandt to be dropping off progressively higher falls for 80 minutes then you will be disappointed. However if you want to watch some of the worlds best paddlers take on the largest and pushiest water in the world then the Grand Inga Project is for you. It is different, which is a huge plus.

Check out the trailer…

INGA: They are the world’s biggest rapids, 1.6 million cubic feet of water per second, thundering down the final pitch of the mighty Congo River. They are twice as steep and 100 times the average volume of those found on the Colorado River in the Grand Canyon. Explorers have tried to conquer these rapids for generations, but none have succeeded. “It would be insanity in a successor,” wrote famed explorer Henry Morton Stanley in 1877, after his right-hand man drowned. “There’s nothing shameful in portaging,” declared Col. John Blashford-Snell during his multinational team’s highly publicized attempt in 1974. And popular French TV Adventurer Philippe De Dieuleveult never had the chance to comment, as the entire team who attempted the rapids with him, mysteriously vanished in 1985. The Inga rapids have remained the “the choking stone of navigation” up or down the Congo River for centuries!

Congo – The Grand Inga Project covers the history of the rapid, the work undertaken to prepare for such a mammoth task and ultimately shows the attempt at running the rapid itself. The size of the rapids and the amount of water involved is absolutely amazing. END_OF_DOCUMENT_TOKEN_TO_BE_REPLACED