The Yak Highback PFD shown here is a prototype so some tweaks no doubt will be made before it is finally released in 2106. 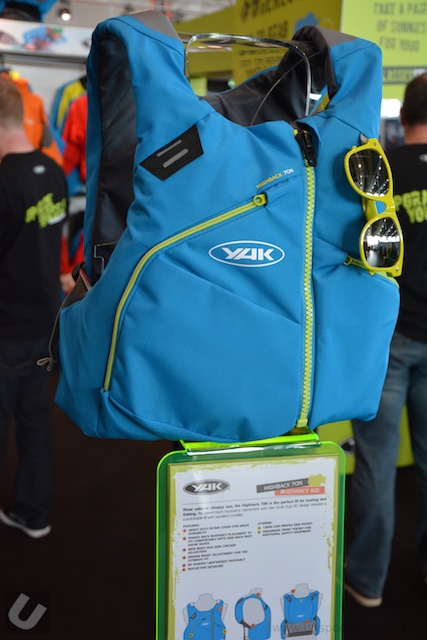 From the front the PFD looks pretty conventional. Quality fabric, good cut, two large storage pockets and plenty of adjustment. However turn it around and it’s a different story. 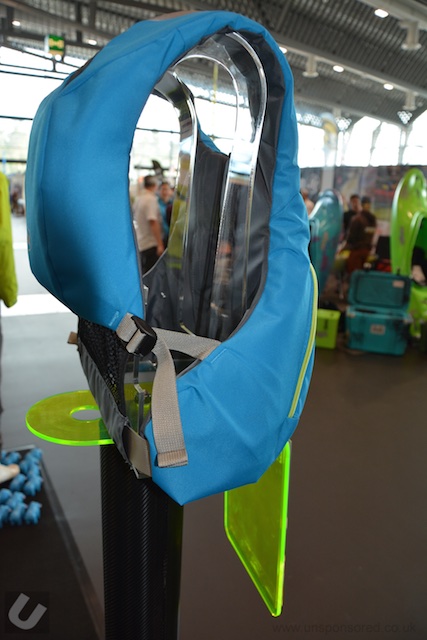 It’s unusual makeup is designed for paddlers who are using sit on tops or kayaks that have a high backrest. This allows the paddler to sit in the boat correctly without being pushed forward by buoyancy bulk in the lower part of a PFD.

The Highjack also has some little tab areas that allow strobe lights or similar to be clipped in. Two are located on the front and two on the back, both sets are positioned on the lower part of the shoulder straps.

The PFD is incredibly light despite having tough fabric and offering 70N of buoyancy.

When produced the Highjack will probably be available in a number of different of colour schemes to satisfy different users e.g. recreational paddlers, kayak anglers etc.

Check out Yak they have a superb range of kit available right now.