Despite being delayed by some car troubles, I finally made it south to spend a bit of time with my family before I head out to Nepal for three months.

It’s been beautifully sunny weather since I’ve been south, great for the soul, not so great for kayaking! However, all was not lost today as I drove up to Cardiff to the brilliant CIWW course, a fantastic resource next to the Cardiff mariner, offering indoor wave surfing, a climbing wall and of course the whitewater course. Unfortunately I missed the whitewater festival that was on the day before, but had a great days session in the stunning sunshine today none the less.

In the spring Zet kayaks UK and Canoe and Kayak Store were kind enough to hook me up with a Raptor, a boat which I cannot recommend highly enough. I popped in to say hi to the guys in the branch at CIWW today and was rewarded with a special treat!

There’s been a lot of hype about the Zet Toro over the last few months so I was really psyched to be given the opportunity to give one a shot. First off, it’s important to say this is NOT an elongated Raptor or Director. They have completely re-designed the boat with the end purpose in mind, just as they did with the Director (i.e. not just blown up a Raptor, but tweaked the design for purpose). There is no doubt that this is a race classification of boat, designed to compete directly with the likes of the 9R and it’s certainly fast! 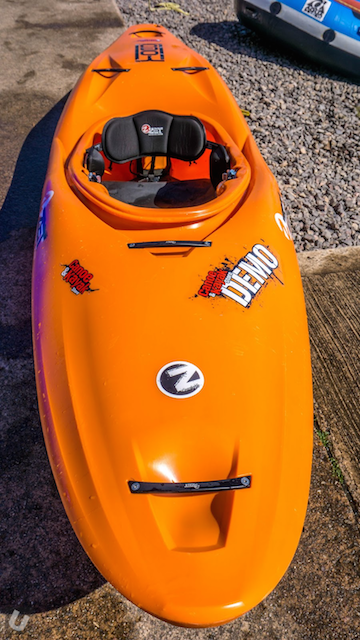 It’s also big, and you can see that from the pictures as my Raptor looks dwarfed, although it seemed to float my meagre frame fine, and according to the Zet website has a similar recommended weight range to the Raptor. However, it certainly has lots of leg room for the larger paddler, and I could barely reach the foot blocks! (I assume the final production model will have an adjustable foot rest.) It has an extra 20L of volume over the Raptor, although a surprising 40L less than the Director according to Zet. 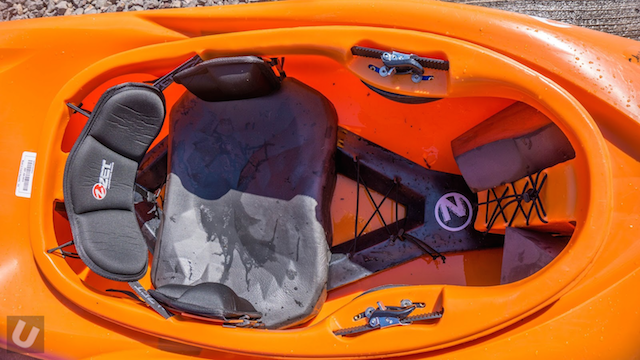 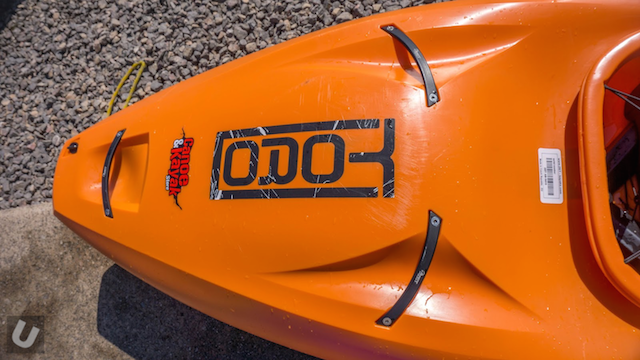 The seating position felt great, perhaps slightly narrower than the Raptor; perhaps to encourage trunk rotation for race pace paddling, but also perhaps down to design, who knows? The width is the same according to the specs from Zet. I certainly liked it! I often think many of the modern whitewater designs put you in too wide a “stance”, and can not always promote the most rotation, particularly if you’re tight in the hip flexors. The outfitting is in keeping with the Zet ethos, simple and effective, but the thigh braces provided excellent connectivity in that region and are perhaps an improvement again on the Raptors. The Seat, back band and centre pillar are pretty much the same set up as the other boats. 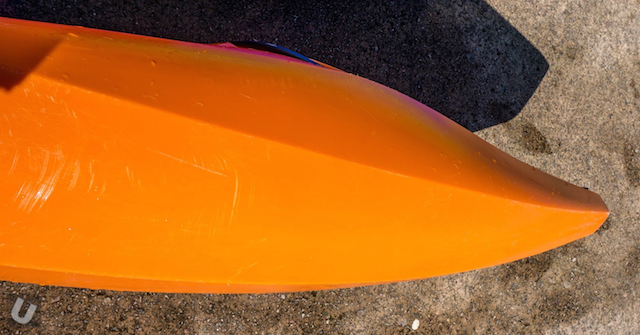 The top deck looks sleek and stylish, a design akin to the Director, again with Zet’s simple and effective approach. The hull shape is interesting for certain, with a large amount of rocker on the bow helping to keep on the surface of the white stuff, something all the Zet boats do well. Much like the Raptor, the stern design helps the boat accelerate away from drops and out of holes well, but whats interesting is the rail configuration. 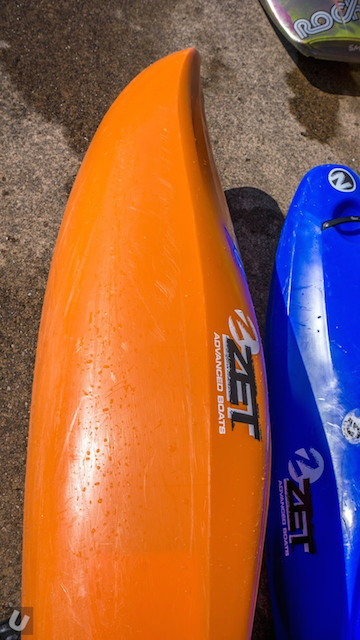 The rails on the bow are really soft, almost round, whilst there’s an aggressive rail on the stern half of the boat (which perhaps helps the boat accelerate even faster or perhaps to keep in on line?). I paddled the course at different speeds and techniques, trying to simulate a varying degree of ability and speed, and I have to say this boat likes to be driven, hard. No surprises there! Those aforementioned rails snagged a little when floating in to drops and eddies, but came in to their own when the boat was at speed, carving beautifully and carrying speed through eddies and features. For a boat that’s knocking on the door of 9ft it handled and manoeuvred incredibly effectively. On the wave the boat handled and surfed brilliantly, and carried speed across waves and holes well. 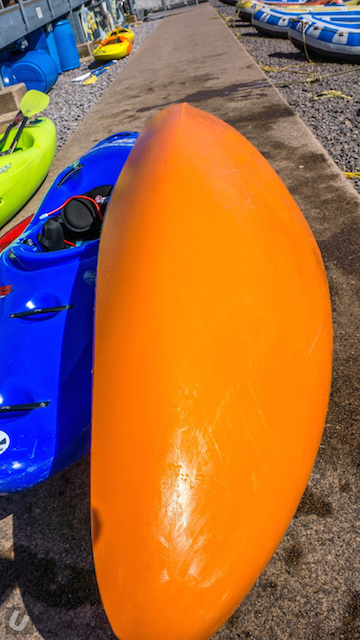 Despite not being able to reach the foot rest (thanks a lot little legs!) my initial impression is good. if you’re looking for a boat to go fast, either to compete, or just to have more fun (lets face it, going fast IS fun) then it should definitely be on your list. However, it’s definitely not restricted to extreme races. If you’re looking for a modern, creek boat to stay on top of the rough stuff and carry it’s speed through features then it should also be on your list. I imagine it will swallow kit for expeds, handle the steeps and big volume just as well as the rest of the family does!

I’m looking forward to giving one a go in a more challenging environment.