Unsponsored has had a closer look at the Dagger Nomad 2016. When we first shared the news that a new Nomad was on its way hits on the site went crazy for days showing that this really is something that the whitewater kayaking community have welcomed. 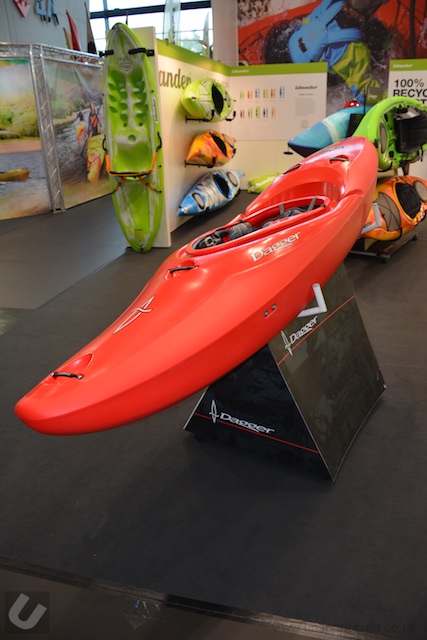 Snowy Robertson has worked tirelessly through several iterations of prototype which has resulted in the kayaks shown in the post.

UPDATE: First paddle impressions of the Nomad can be found here.

From the images I have seen and the videos viewed I had the impression that the large 9.0 Nomad was going going to be something akin to a US aircraft carrier. However up close and personal this is not the case. There is no doubt that the Nomad is a high volume kayak but it has been placed in such away that for a guy who paddles big boats I don’t feel that it is huge.

The Dagger Contour outfitting is well tested and is still my favourite outfitting system and in essence it has broadly remained the same. 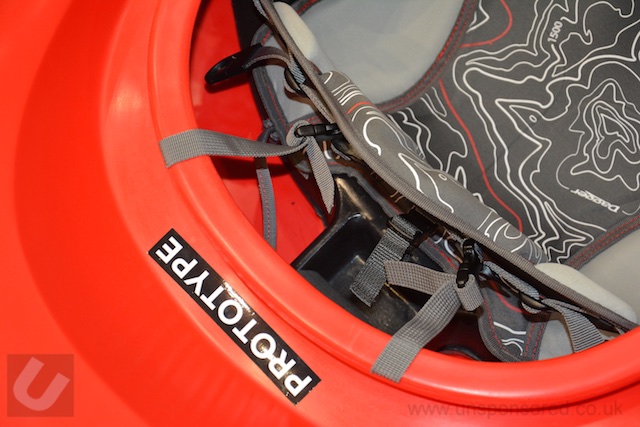 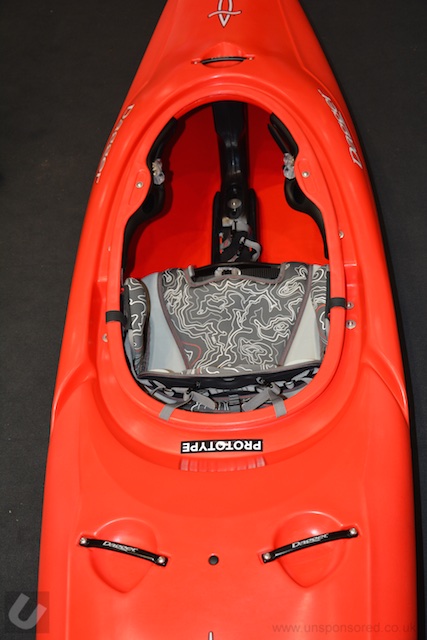 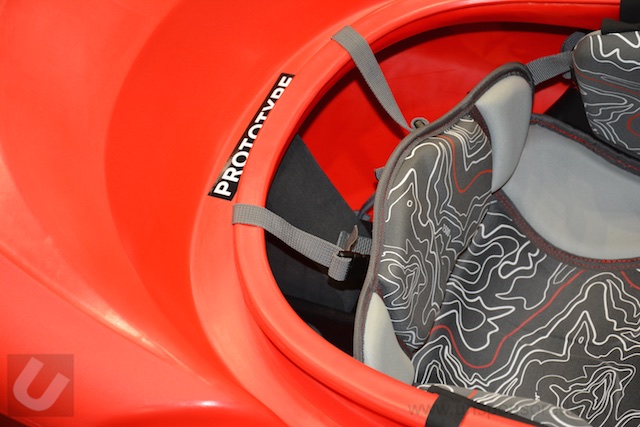 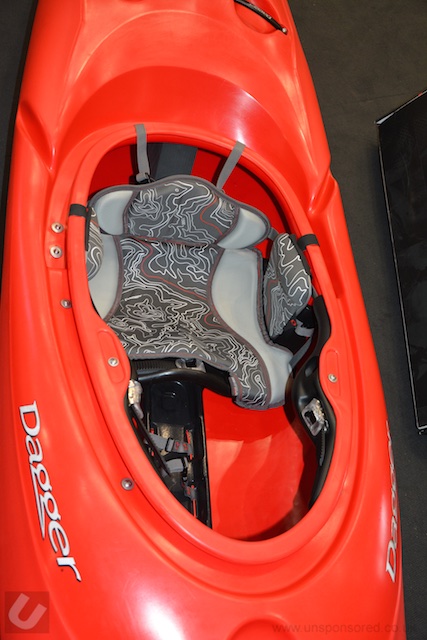 The big changes are the removal of the “tray” that sat under the seat and the addition of two webbing gear clip-in straps to the rear of the seat.

The plastic on the two versions shown here have a highly textured finish that is created during the moulding process hence the matt finish.

Up close the Nomad looks like a really smart and considered design. It looks right.

For those wondering when the boat will be available, the big boy 9.0 will be released in the new year closely followed by the remaining sizes.