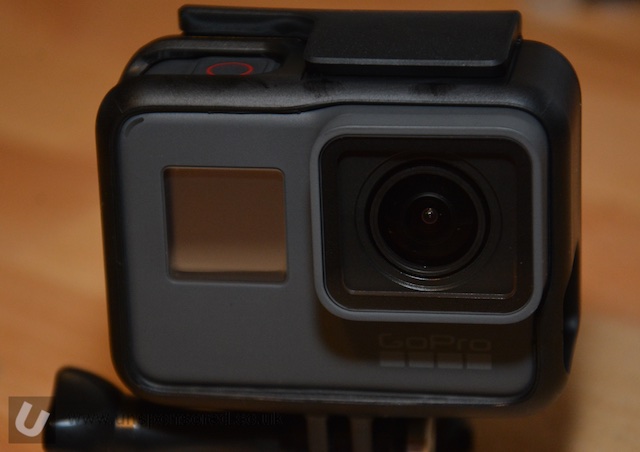 The one thing I have noticed over the years is that as we have moved through different iterations of the GoPro camera the number of accessories (bits &bobs) that come supplied with the camera in the box seem to be reducing.

With the Hero5 Black you receive two mounts (one curved and one flat), a USB-C lead, the frame case and a battery. 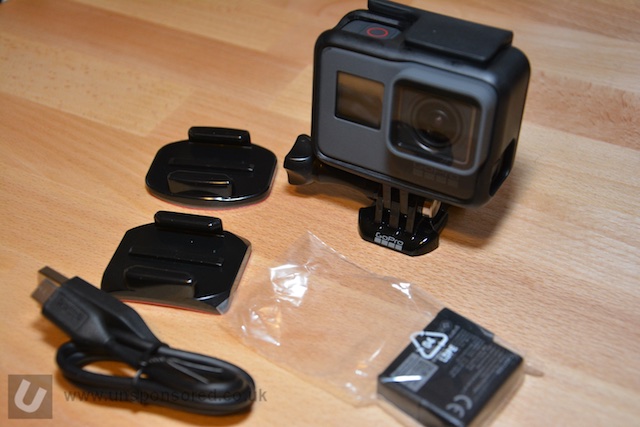 Thankfully all other GoPro mount accessories are compatible with the Hero5.

The camera takes on a very similar form factor to the Hero4 and Hero3/3+ series. However the overall look is more of a murdered out grey/black with rounded edges and subtle branding.

The front button has been removed form the camera but the small mono-chrome display is still present. The on/off routine can be initiated with the mode button located on the side of the camera. Holding this button in will switch the camera off. However the Hero5 can be put into action using a single press of the top button. A quick press will start video capture and a slightly longer press will start image capture.

The Hero5 Black has a fully integrated LCD display. Previously this was only found on the Hero4 Silver rather than the higher spec Hero4 Black. All of the menus, settings are easily accessible. It’s also possible to view what you have recorded or use the screen live to help capture the right angles.

The camera does not need a case to be waterproof and the camera will be quite happy to 10 metres. If you did wish to dive further there is a case available as an accessory. With the use of the frame only the lens of the camera is quite vunderable. The protective outer shell for the lens pops off with a little pull and can be easily and cheaply replaced.

The biggest innovation to be added to the Hero5 and Hero5 Session is probably the voice command feature.

GoPro have twelve commands and has been programmed to handle US, UK and Australian accents.

The Hero5 Black adds a new field-of-view called Linear Mode. This mode is in addition to the SuperView, Wide, Medium and Narrow field-of-views that were available on older models. Linear Mode does exactly what it suggests – it gives a much more normal/natural perspective that is often hard to capture when using a lens with a 180 degree field of view. 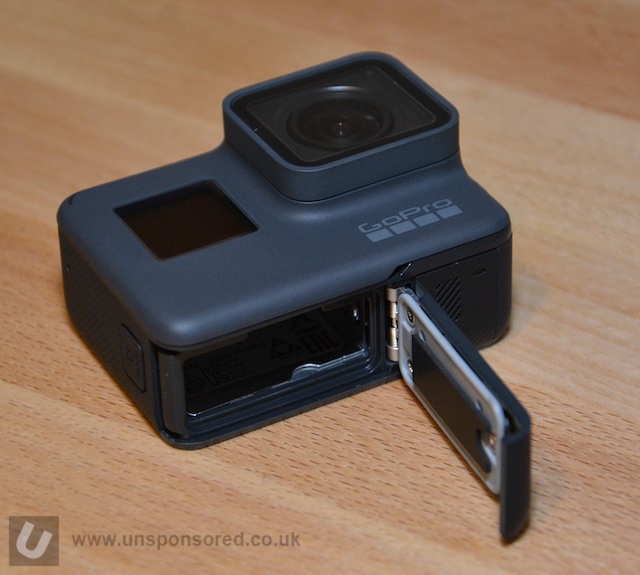 The Hero5 Black has two doors. One on the side for USB/HDMI cable access and one on the bottom for the battery and SD card. The battery on the Hero5 Black does have more capacity than the Hero4 but the batteries are not compatible with different models of cameras. If you have spare Hero4 ones like I have you cannot use them in the Hero5. The bonus of the new battery and the new USB-C connection is that it can be charged much faster than the Hero4. I have been through a few charging cycles and it’s taking around 40-45 minutes to charge fully from flat.

we’ll be giving this camera a good hammering over the next few months and will be trying it out in a range of different settings. Is this the GoPro that we always wanted?