Corran Addison has some serious Ninja Plastic Welding skills. Here is what he did to a Soul Main Squeeze. A very impressive cut and shut. 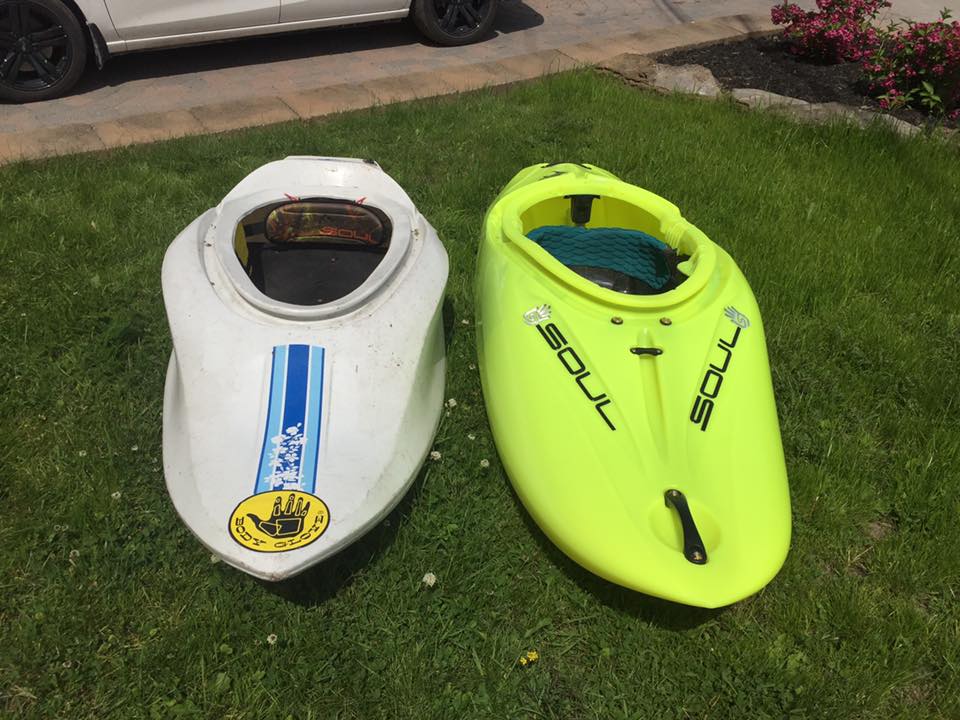 One of my favorite boats of all time is the Dragorossi Squashtail. But it has some issues. First off – footroom. Ouch. 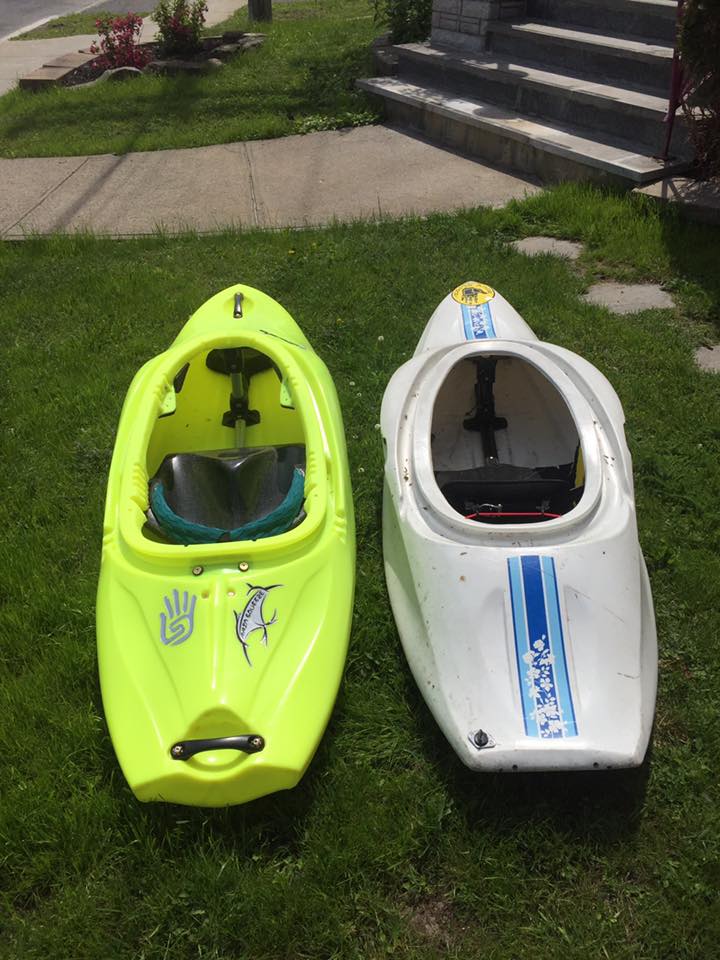 That inside rail is just in the wrong place and hurts like hell. Then the knees are too low, and the concave sidewall while awesome on a glassy wave, is hell on anything bouncy and bubbly.

So I took a Main Squeeze that didn’t mold properly, and turned it into a new squashtail!!! I cut 5.5″ off the tail, and then pushed the tail volume considerably before welding it up. 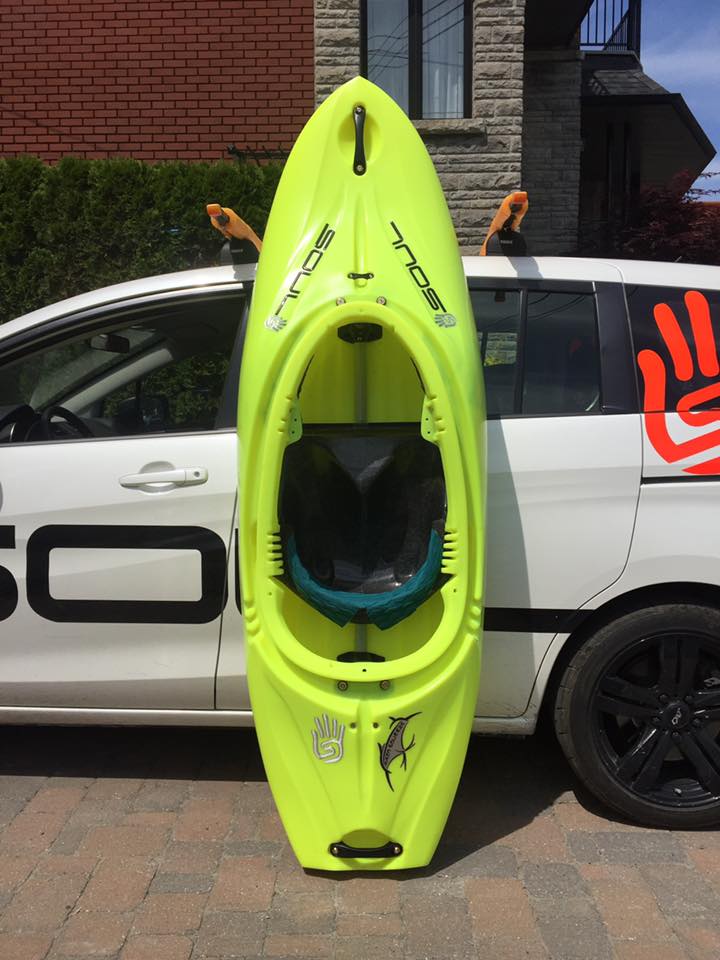 Here are some photos of the process. Took about 5 hours of cutting and welding. It’s pretty close t bad strong as normal, welded inside and out. 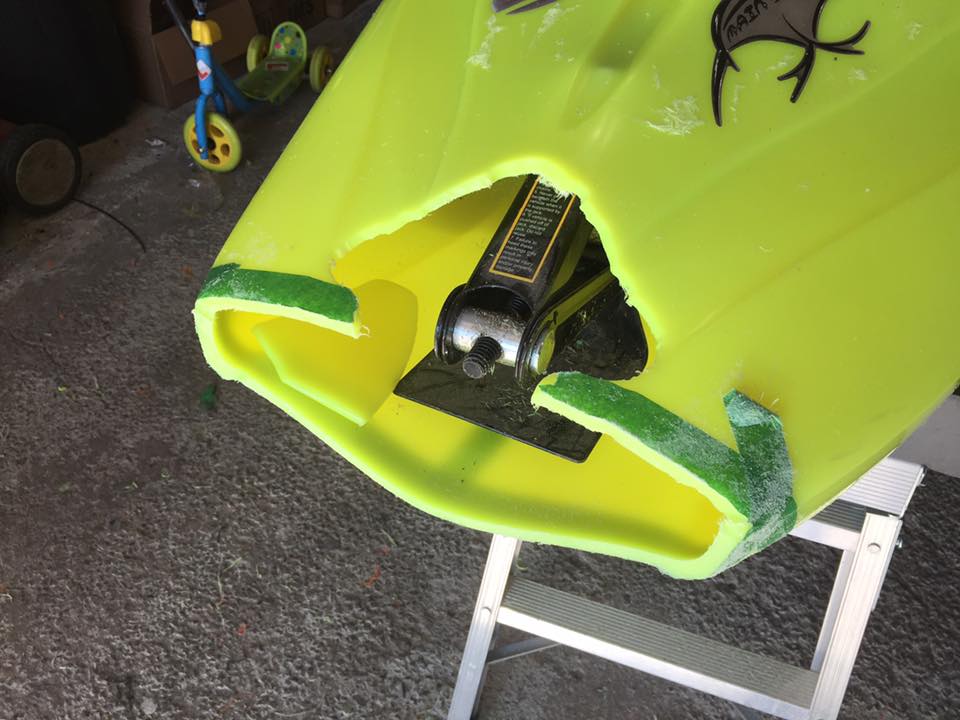 The “Choptail” is friggin awesome!!! It’s better than the Squashtail in every way except one. I’ll circle back to that.

First of all, you notice the missing 5.5″ off the tail when paddling downriver, but it nothing near as bad as the Squashtail. The flared sidewalks make the boat really forgiving paddling about as you’d expect. I caught two waves that only the Gonzo will surf. It’s faster on the wave than the Squashtail by a good margin. More importantly it paddles much faster so it’s easier to catch waves and easier to paddle back on if you’re on the cusp of flushing.

Pretty cool little test. It’s moot as it’s just a one off, but it’s an interesting test none the less. 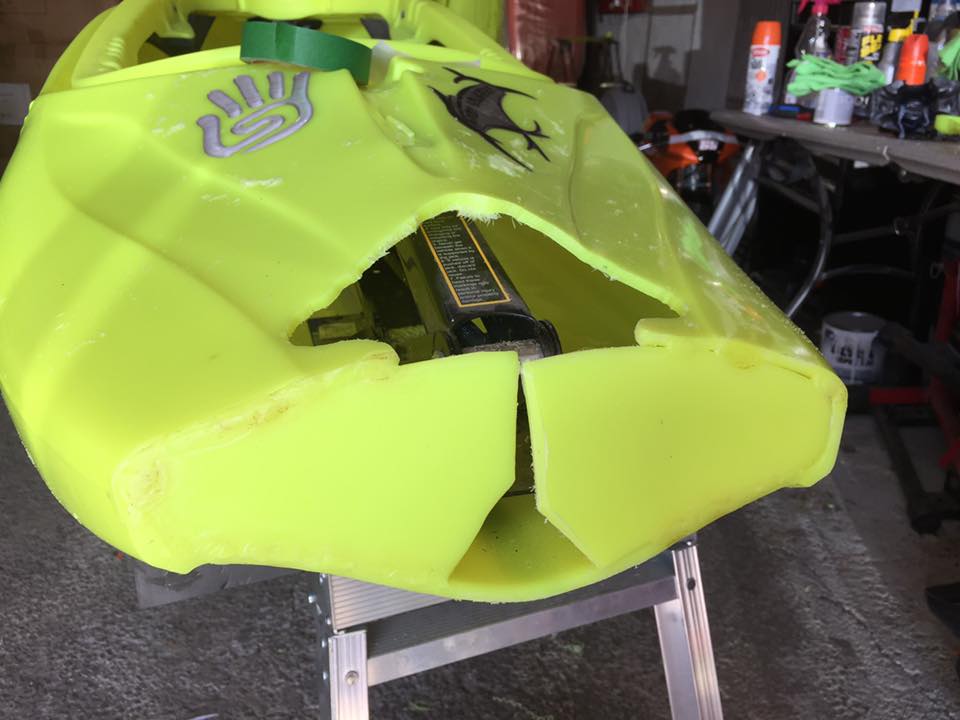 It’s every bit as aggressive and hard carving as the Squashtail when turning on the tail. In fact it comes around faster (the first few caught me off guard and I almost carved off the wave). It’s very fast, accelerates amazingly quickly and is a pleasure to carve and surf. It’s also looser than the Squashtail. 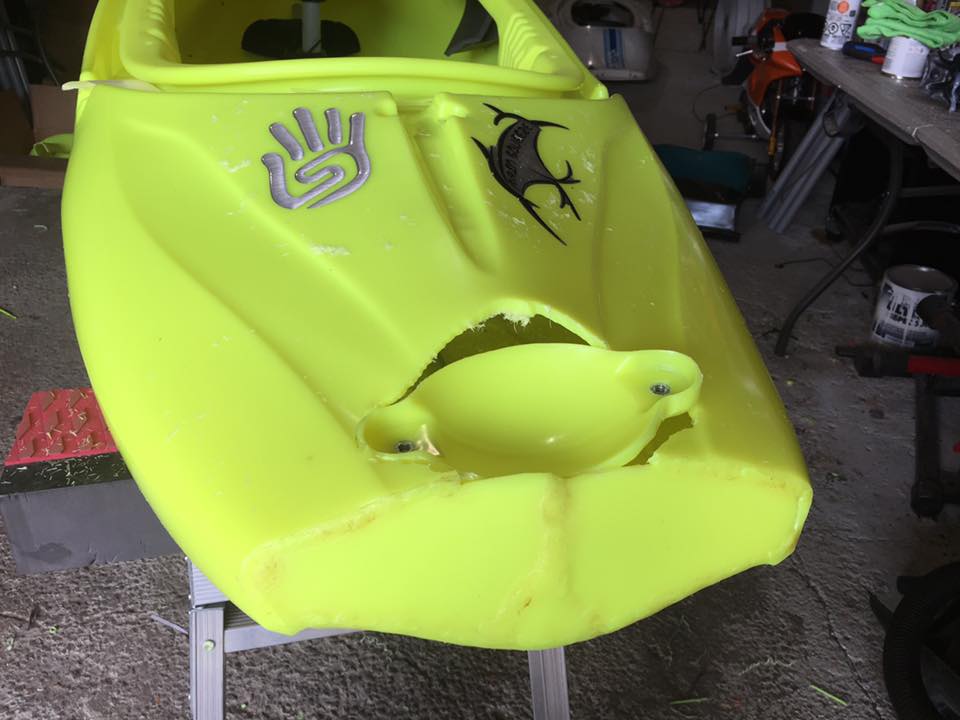 Where the Squashtail is noteable better is when you’re carving using the whole tail end to end. The concave sidewalk on the Squashtail lows you to sink the tail so it carves a hard aggressive line. The Choptail having more tail volume because of the Claire’s sidewalks pushes back and every bow and then a carve would stall and if loose my speed and drive. 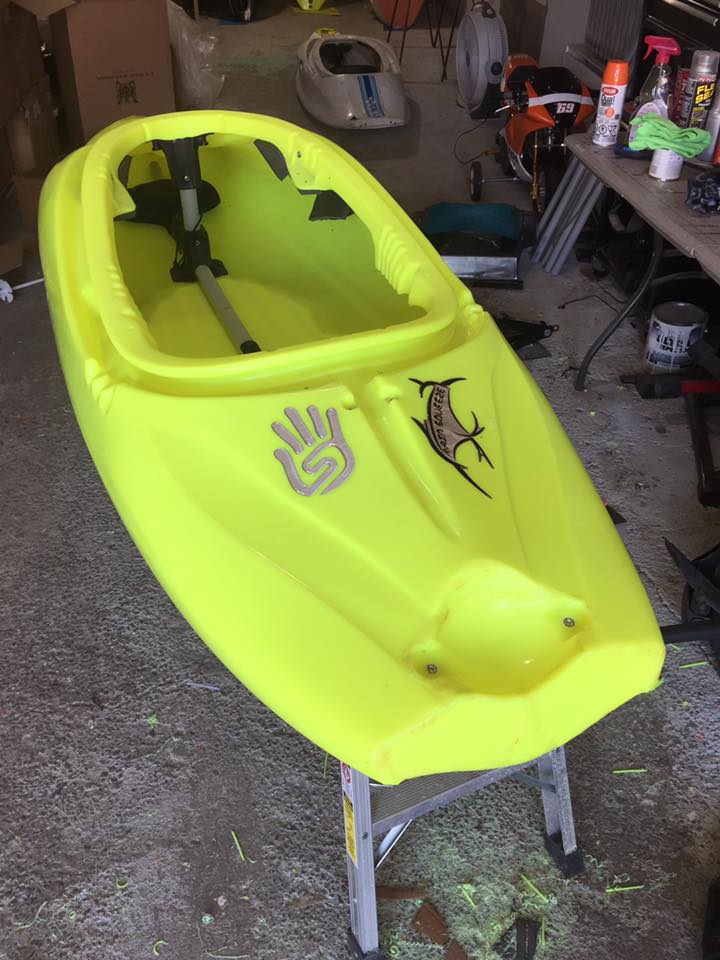 Overall, if the Choptail was a production boat, I’d say for 99% of the time it’s the better boat. Faster to paddle, easier to paddle, less tiring to paddle about, better in foam waves and holes, faster on the wave and hard carving off the tail. Only on a Skiokumchuck glassy type wave would I say you’re better off with the Squashtail. 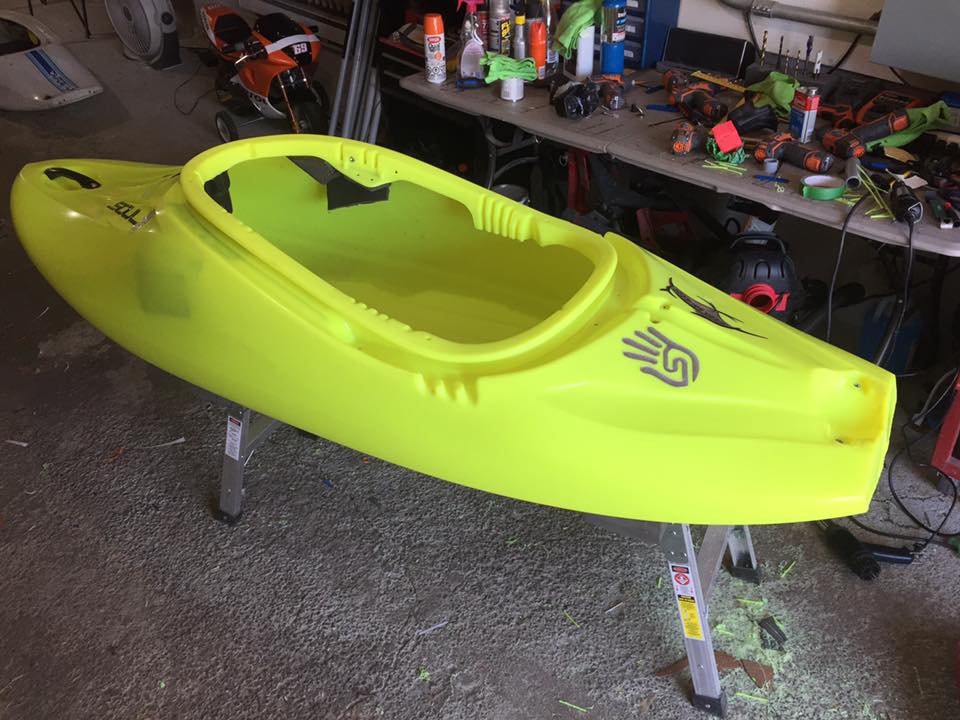