When I was about 16/17, I bought a Pyranha S6 that had these brilliant thigh braces called ‘Hookers’ that you could adjust not only back and forward but rotating them. This allowed you to make them easier to get out by having less coverage of your leg or, in my case, give you as much connectivity in the boat as possible but covering more of your leg. 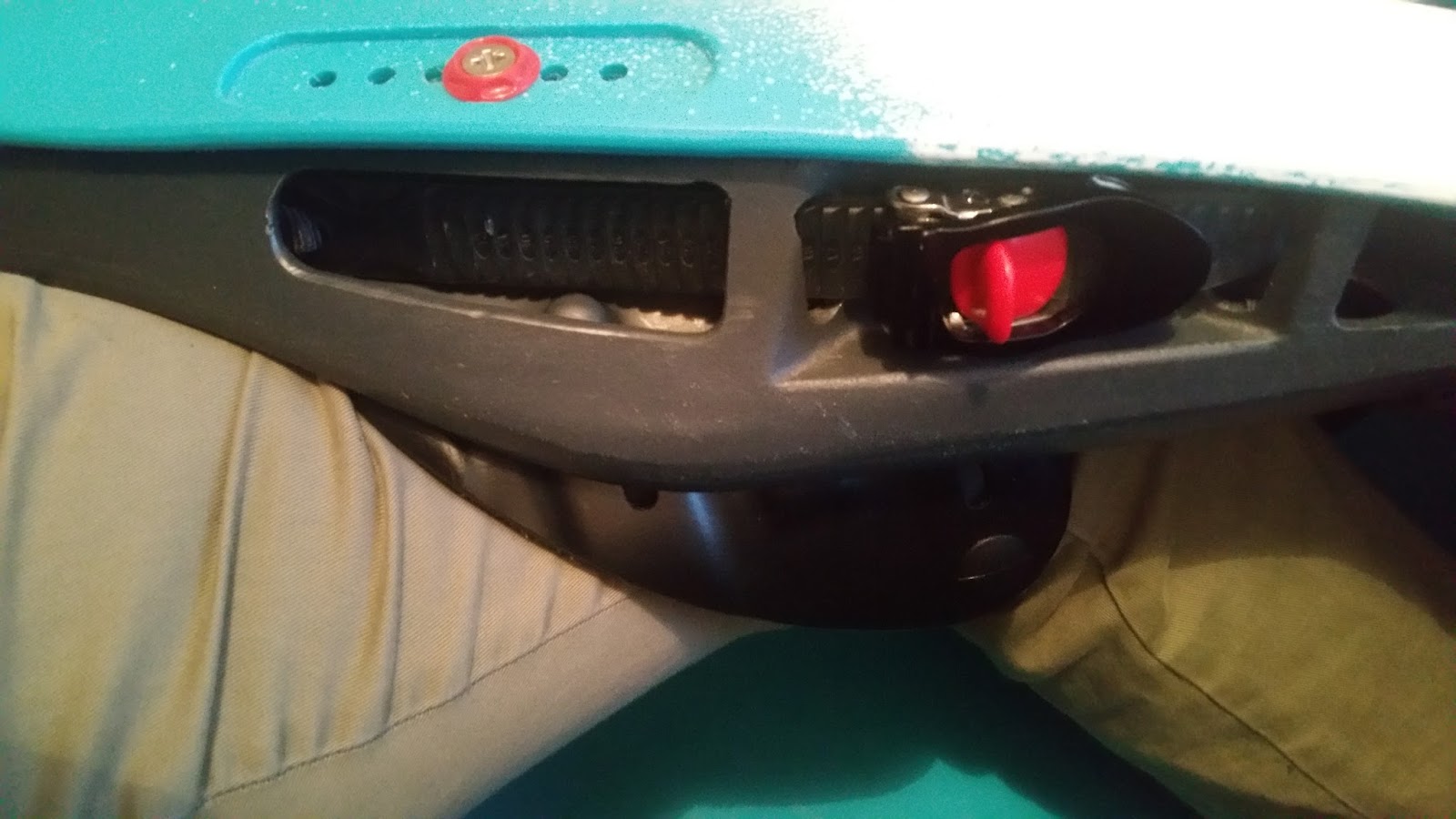 The old thigh braces offered in the classic Pyranha S6. 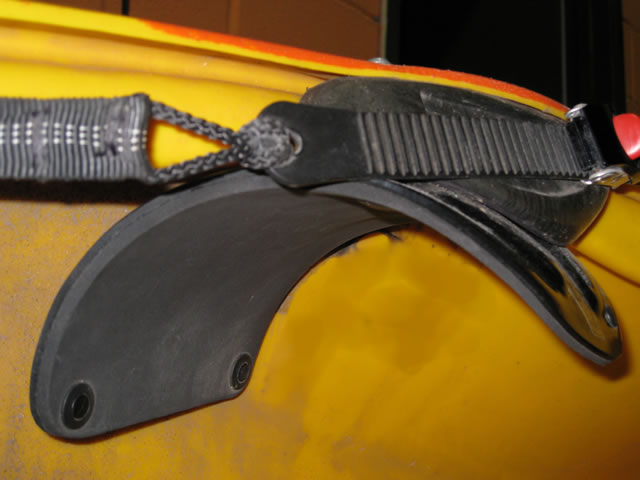 For some reason, these special thigh braces were dropped from the Pyranha offerings in favour of more simplistic lighter units. The old ‘Hooker’ thigh braces had somewhat of a cult following. I know quite a few people who have retrofitted the Hookers into their modern boats.

Fast forward to more recent years. Pyranha’s thigh braces were having a mixed reaction. While they did the job most of the time for most people, I don’t think anyone was raving about them.

Both Dragorossi and Waka were releasing boats with thigh braces that could rotate, Dagger had thigh braces that just seemed to work for anyone that used them. It was time for the Angry Fish to step up it’s game. We saw a few prototypes but no real news of improved thigh braces had surfaced for a while. 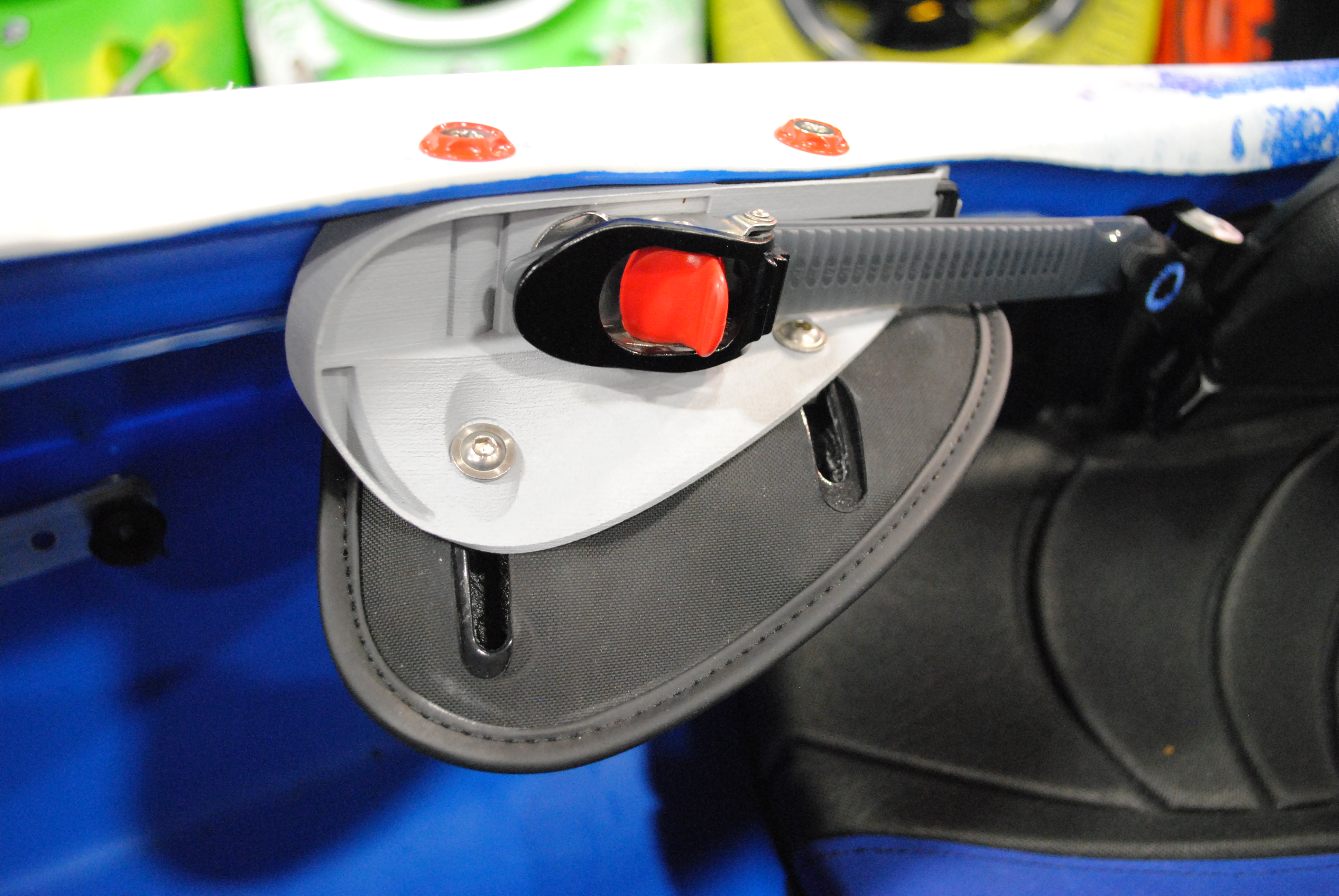 Last year saw the introduction of the Stout 2 fittings. Along with the new fittings, a new ‘Hooker’ thing brace was spotted. As soon as I could, I got my order in for one of the new Machno creek boats and paid the extra for the ‘Hooker’ parts, being told I would get these as soon as they went into production. 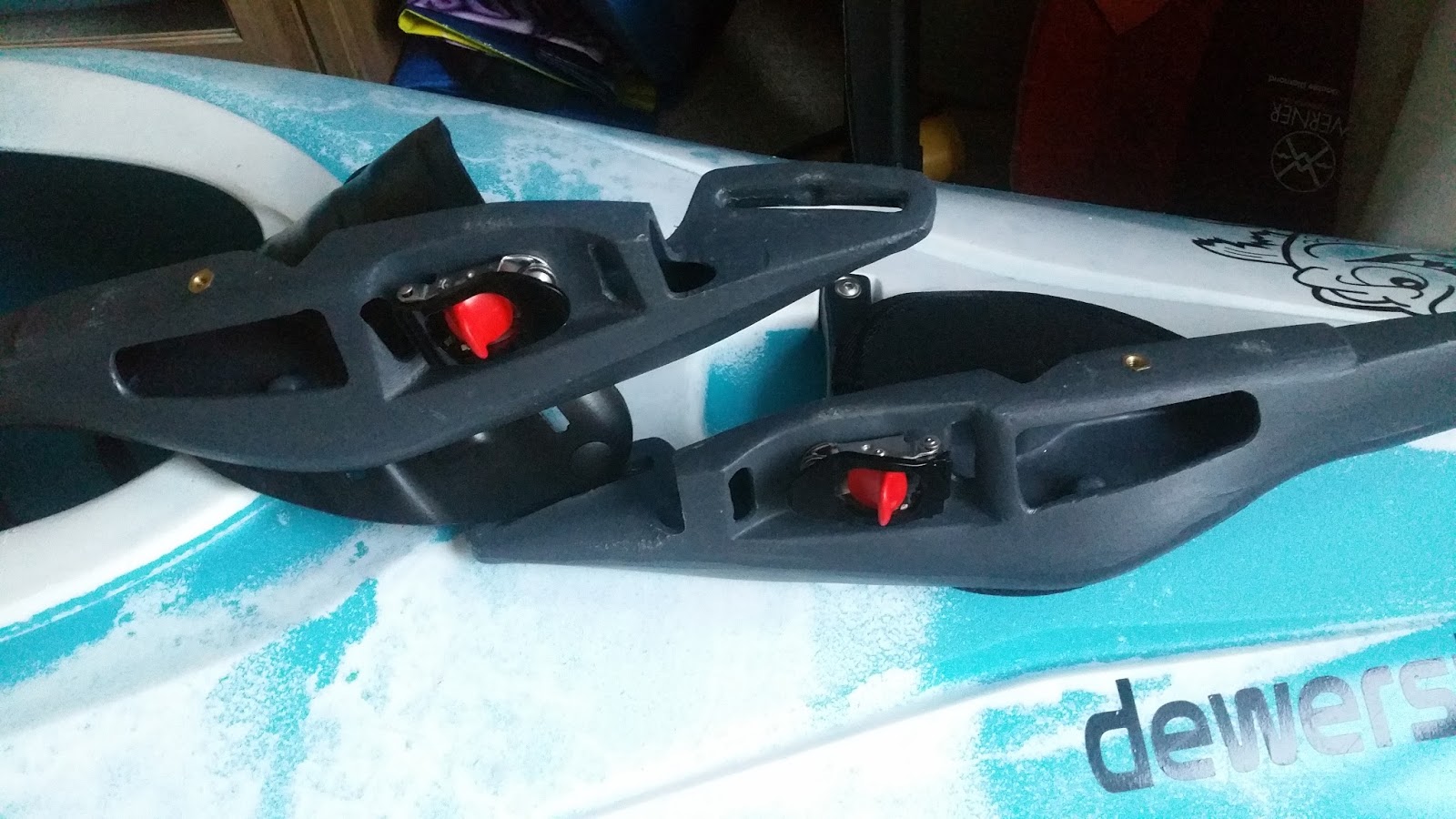 The base thigh braces. I’ve added the ‘Hooker’ piece to the one on the left. 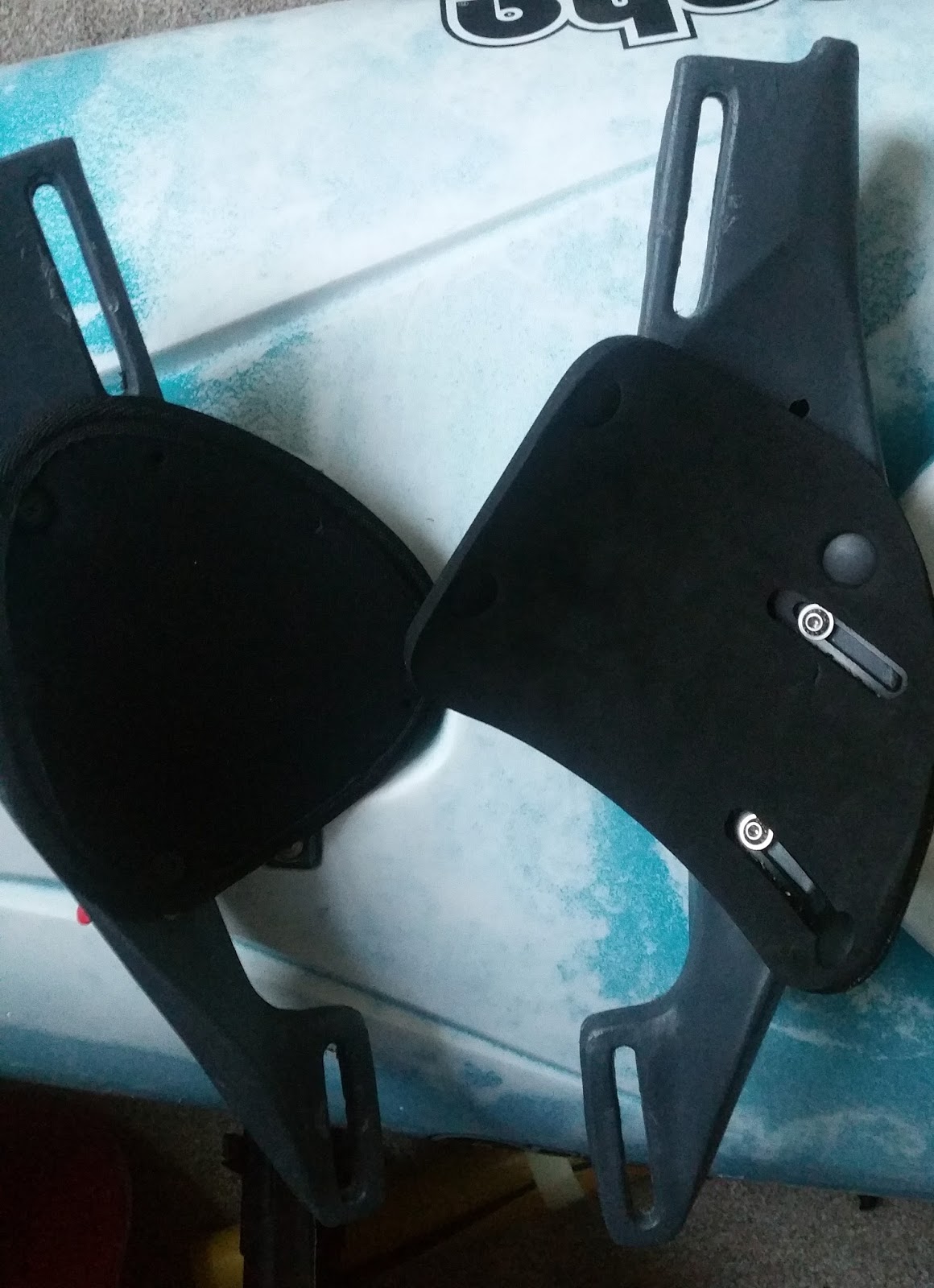 Normal setup on the left, ‘Hooker’ added on the right.

Well they are now in production and I got some of the first production models. I pulled out the full thigh brace, took off the old padding and mounted the new parts. You could probably complete the job without having to remove these, but I wanted to take photos.

So far, so good. The new parts make things more comfy, they give you extra connectivity with the kayak and they seem robust. Thumbs up! I cannot see me taking these out of my boat for the foreseeable future.