I’m going to begin the Astral Hiyak – review by saying a little bit about the boots I’ve been using most of the time – the Five Ten Water Tennies. They have been faultless and have become my favourite pair of paddling boots. The Stealth rubber is what really makes it. Have several pairs of shoes/boots and have probably tested/reviewed pretty much everything that is available on the market but for river use I always return to the Water Tennies. 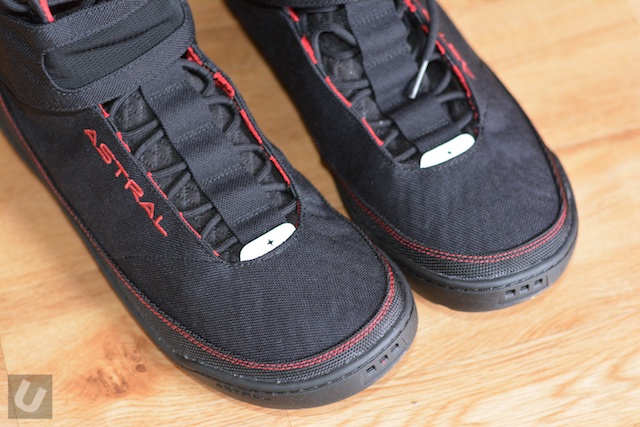 Now to the Astral Hiyak. They don’t have the Stealth rubber from Five Ten but have Astral’s own G.ss rubber, I have seen the G.ss a number of times but have never been able to try it out, until now.