Flowing from high in the mountains of Tibet, the mighty Upper Bhote Koshi winds it’s way across the border from it’s source on the Zhangzabo glacier into Nepal before becoming the Sun Kosi and continuing it’s journey in to India. In 2014 a landlside of gargantuan proportions occurred in the Lamo Sangho area, depositing an estimated 13.5 million tonnes of rock upon the town thats was there. The dam that resulted drowned much of the landscape upstream and the river was changed dramatically. 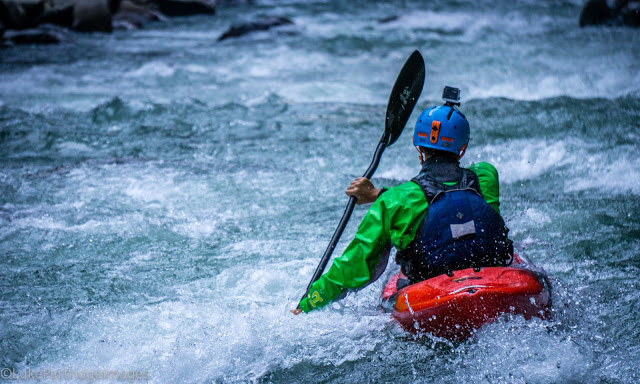 The river still offers world class whitewater, and is one of the most famous runs in the Himalaya, offering quality commercial rafting trips on the lower sections and harder test-piece kayaking in the upper gorges.

Teaming up with Jack, Jamie and Dom, who were fresh back from their trip to the Thule Bheri we headed over to paddle the upper section from above the main gorge and down into the town of Barabise. This area was also one of the most badly affected in the earthquakes earlier on in 2015, and much if the town is still rubble, with evidence of reconstruction and earthquake damage everywhere you turn. The local school is still in tents, as is the police station, and there is several NGO and UN outposts offering aid. 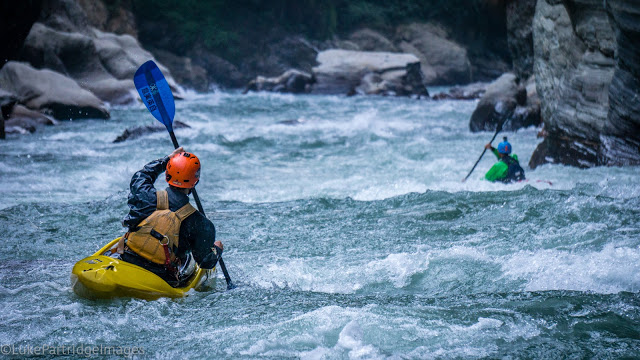 We stayed at a small and basic guest house which the other Brits and Spanish had stayed the few days previously and met Florian there who had run the river several times with the other teams and gotten to know the section fairly well. Unfortunately for us, we arrived late to the town without time to paddle that day, having had a bit of a nightmare in Kathmandu with transport, no surprises there! The fuel crisis still continues here and overcrowded buses and dangerous black market fuel have been making the journeys even more difficult and dangerous, not to mention expensive! We have now been finding that bus drivers are reluctant to take us at all, knowing that our kayaks will take up precious roof space to carry passengers.

After the nights stay, our friendly host called his friend with a truck and we arrived at the put on in good time. 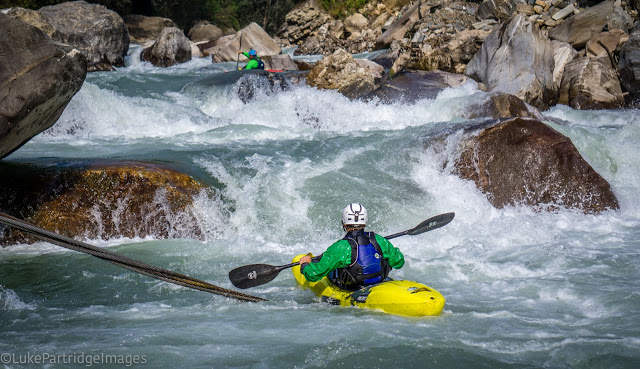 The paddling was challenging from the outset, being into class 4 and above right from the put on. Unfortunately for me, I took a duff line on a blind rapid with a sticky hole and as I dropped in to the hole my paddle wedged immediately in between boulders and was ripped from my hands resulting in a quick exit and lost paddle! We tried to reach where it was jammed but with sheer sided gorge it was going to be impossible, so out came the emergency splits! The rest of the river went well however, with continuous quality grade 4-5. Several of the rapids being very high consequence and not a place to be making any big mistakes. An incredibly steep gradient meant it kept us on our toes, and I was glad to have a strong team of peers on the water. The character of the rapids where often big, chunky and messy lines, but there was also plenty of set piece rapids and drops and we all got our fill of flares and boof moves! 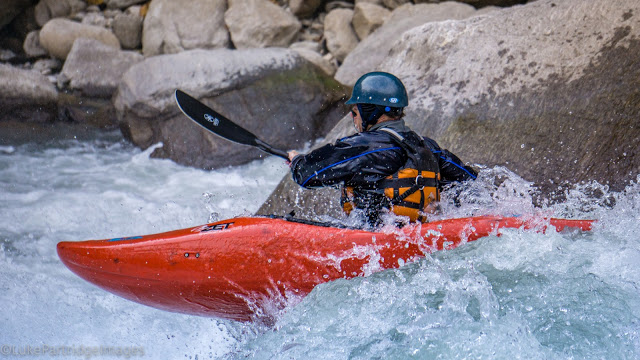 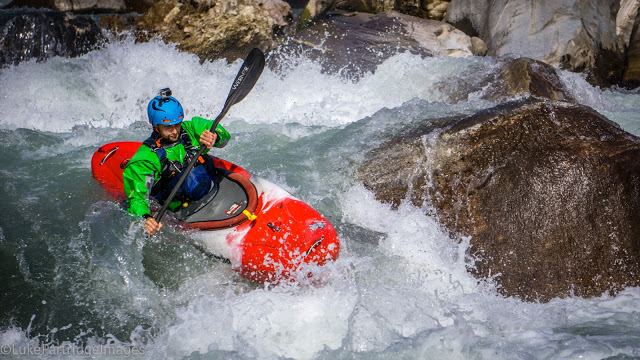 Really psyched to have gotten this mega classic run ticked and a big thanks to the guys for the good times.