The Casio Gulfmaster Ocean Concept G-Shock (there’s a title) has been at Unsponsored HQ for the last few months. Since its arrival it has never left my wrist. The version seen here is the GWN1000B-1B which has a distinct blue bezel that appears much brighter in the Casio stock photos than it does in real life. The Gulfmaster is also available in a number of different colours although not all colours are available in all countries. 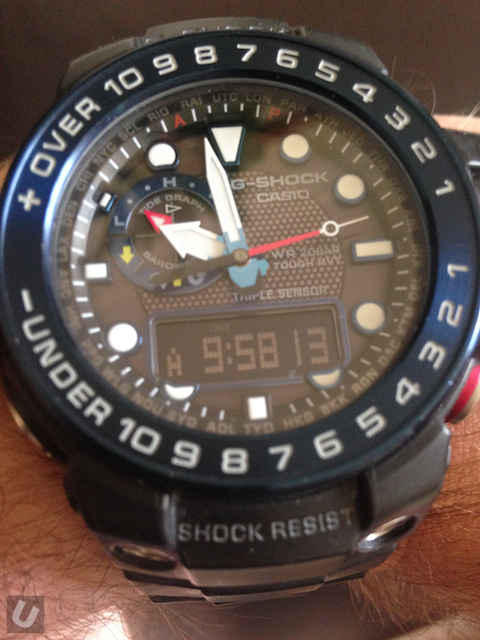 The Casio Gulfmaster Ocean Concept G-Shock is part of the Master of G Series from Casio, and is build as the ultimate maritime G-Shock.

Of course being part of the Casio G-Shock range means that it is built to take a beating and come back for more. This makes it perfect for any outdoor sport but some of the additional features makes this particular model suitable for waterspouts.

The Gulfmaster Ocean Concept doesn’t need replacement batteries as it has a solar rechargeable battery. This battery will run the watch for up to 6 months without the need of exposure to light. 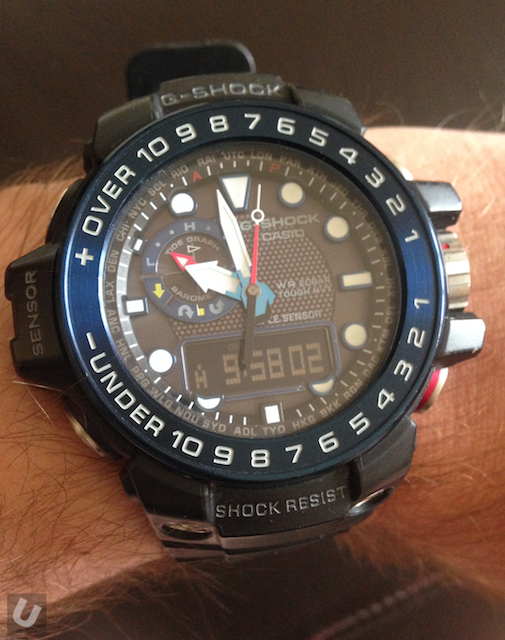 The watch comes with a monster sized manuals which is good as the initial setup isn’t very intuitive. However once set the watch will do its own thing keeping the date and time correct.

The strap has a nice little fastening system and has enough holes to easily get a good fit. This includes when it has been worn on the outside of my drysuit on top of the latex and neoprene gaskets. 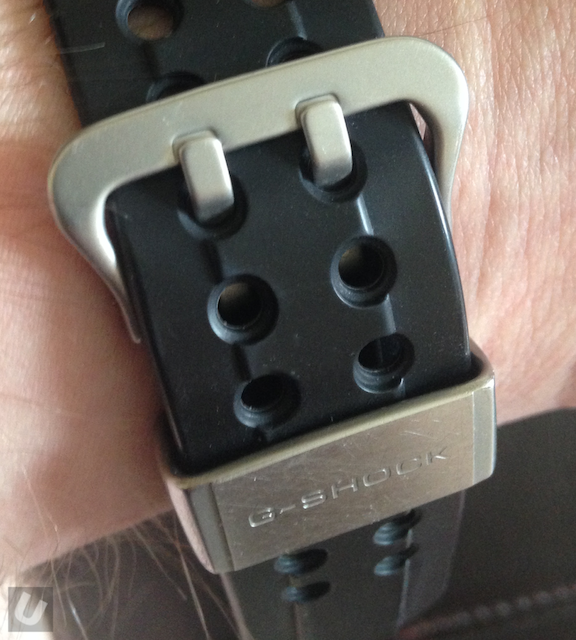 I haven’t used the full list of features like the compass, but have found the tidal info, altimeter and barometer very useful. The coating used to illuminate the hands and main points around the face of the watch do work really well and maintain a readable glow throughout the night. I have also found that reading the analogue time in the dark very easy but the backlight whilst being OK isn’t the greatest.

The Gulfmaster is pretty big but it sits well on the wrist. The diameter of the face is around 42mm but when you measure left to right and include the sensors the watch is approximately 55mm wide. That said it does’t feel really big or heavy whilst being worn.

After a years worth of use the watch is still going strong. A few dings on the blue bits but nothing major. It has coped with British Summer time clock changes and has never lost/gained time. The metal parts have gained a nice worn in look!

This is my main watch and is worn at work with a suit and it doesn’t look out of place.