The DMM Boa is one of the biggest locking carabiners available. It is billed as the ultimate rigging biner and is used by climbers and high rope access technicians. The Boa is super strong and super tough so this makes it ideal for paddling. I’ve had two types of Boa as shown below. They are the essentially the same in design and weight but have different locking systems. The one on the left has the traditional screw gate and the one on the right has a lock safe gate system.

It is large enough to accommodate several knots and has a very wide gate opening. I’ve been using DMM kit for years but up until a couple of years ago I had never owned a Boa.

After a couple of years worth of use as part of a rescue kit and being used on my PFD cowtail it’s now time for some feedback.

The size of the Boa is ideal for boating. Clipping in to grab handles or multiple anchors is very simple, without any worry about the carabiner handling badly or being super bulky. Even with cold hands the Boa is easy to use.

Of the two locking systems I much prefer the traditional screw gate. Although this does mean that the carabiner doesn’t lock automatically. This doesn’t mean that the other system is bad, in fact it works really well and the action is great, I think it’s just the fact that for the last 20 years I have been using screwgates and as a result prefer them.

Weight wise all of the range sit between 80 and 90g so not a huge weight penalty for such a large HMS carabiner.

DMM gear does seem to stand the test of time. I have used DMM carabiners for climbing and boating duties without issue.

Here’s a shot of a Boa that has had some heavy use having spent its time in a sea loch on the North West of Scotland for over a year. 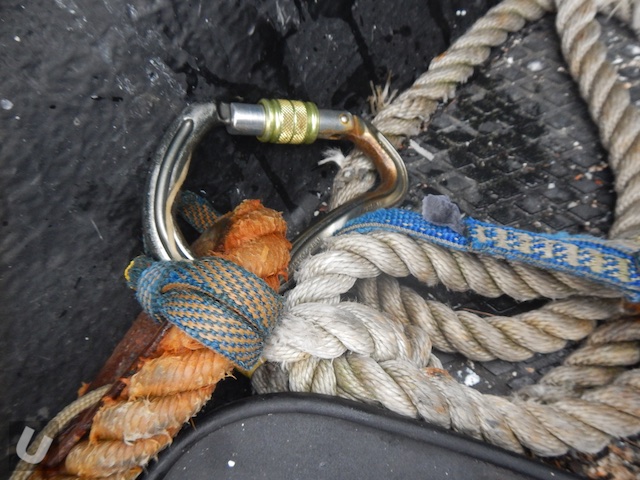 I now have quite a few of these including some of a different colour. Red, Green and Blue are available in a multipack. If setting up a complex rigging system is is good to be able to identify different bits of gear by colour rather than just be position. 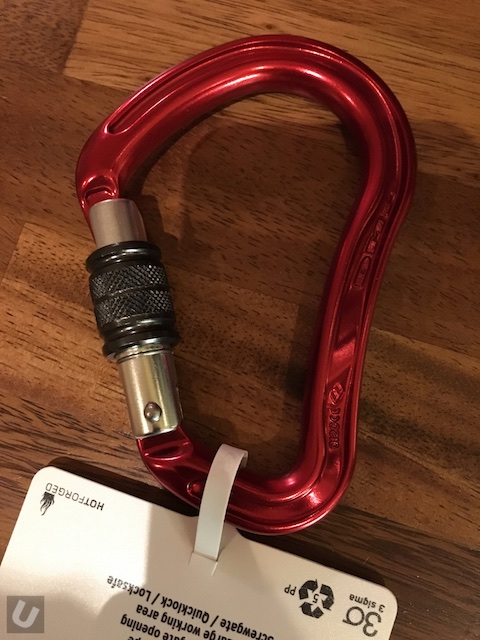 DMM if you do see this it would be great to have a Boa without a locking gate. I could see a great number of paddlers being interested in such an option.