Recently I purchased a fluid bazooka because after a few beaterings it became apparent that to run the bigger rivers in wales I’d need a bigger boat! 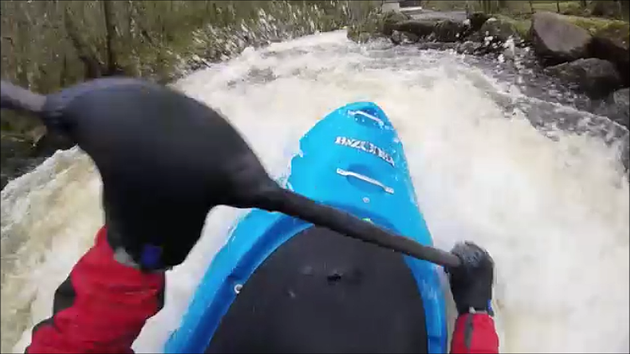 The Bazooka is one of the smaller white water boats on the market coming in a just over 2 and a half metres but has shed loads of volume. It’s a boat designed for steep technical rivers but will still look after you on bigger rivers. 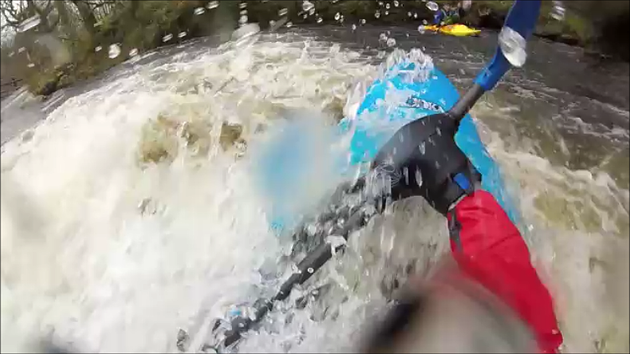 The Bazooka is sporting a semi displacement hull and rounded edges, this means a few things:

The semi displacement hull and short length makes for a boat that’s quite slow compared to a lot of others around, however given the beans it will still fly over even the biggest features.

Its soft edges means it does not carve into eddies like yaks with harder edges (eg a Burn) so a bit of input is required to get it across the messier eddy lines.

It’s extremely responsive in the flow, turns on the spot; nimble is probably the best way of explaining it!
Thanks to the high volume the bow pops through features with ease.

It boofs with ease, however may take a bit more power through the strokes than longer/faster/lighter boats, as a bit of speed is necessary (as found out on the Gamlan first time out!).

It’s a lot heavier than many other yaks, you will notice this on portages and loading on the roof! However this does mean it will take more of a battering!

The handles/ safety bars are big and well placed for swimmers!

The MOD5 outfitting is bomber, easy to set up and adjust as well as being supper comfortable.

The seat can be easily adjusted forwards and backwards; I have mine set one from the back. It’s quite a short bow so to start you feel sat to far forward but it’s more of a mind thing than a performance thing. 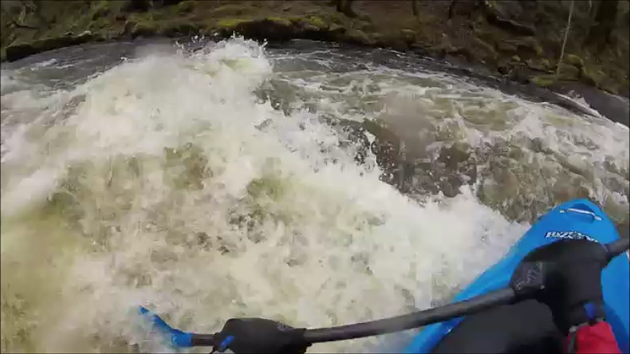 As a student I needed a boat that wouldn’t cost the world and would do everything I need it too as storage space is not something I have in abundance!

A new fluid can be bought for the same price as a second hand white water boat from other makes, and the reason escapes me, the performance and quality are all there! To go with that it’s not a boat that’s going to need welding after every trip like some, or ever. The outfitting won’t be falling apart on the river, both of which will save hassle and money! 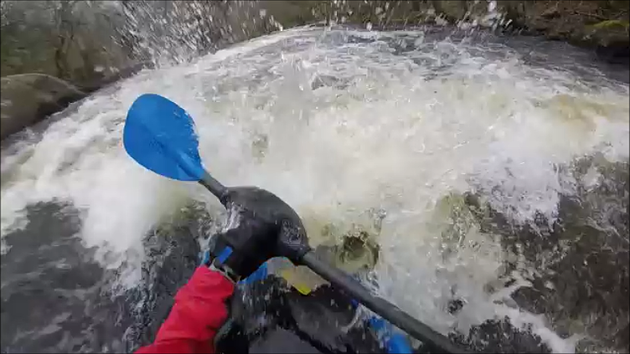 As for use I’ve used it on rivers from the Tryweryn to the Mawddach and never had a problem (that wasn’t my paddling). I work out of it as well and it provides comfort and stability, you can happily have two kids hanging of the back and empty a double kayak on the front, on the subject of double kayaks, these can build up a bit of speed so I was worried about group management due to the speed of the bazooka, but I’ve not had a problem rounding them up!

I weigh just short of 70 kilos, and am around 5’11, so with kit I sit nicely in the middle of the weight range. Since getting this boat my paddling’s improved greatly, it has the volume to cope with the bigger water, so I can get out paddling a lot. It’s also a joy to paddle; it’s very smooth but sometimes requires some hard paddling to get the best out of it, as a slalom paddler paddling hard is nothing new!

This yak has a lot to offer to anyone paddling big water or steep creeks, whether you’ve been doing it for years of just moving into it. It’s perfect for progression as well as a fun boat for more experience paddlers. Its short length enables it to play and surf on the easier rivers too!

Feel free to comment or send me a message if you have any questions or comments!