A lot of people are hyped about Liquid Logic Kayaks newest boat the Braaap 69. The Braaap is built off of a slalom and creek boat foundation, and is meant to give paddlers a new and improved way to run the river. 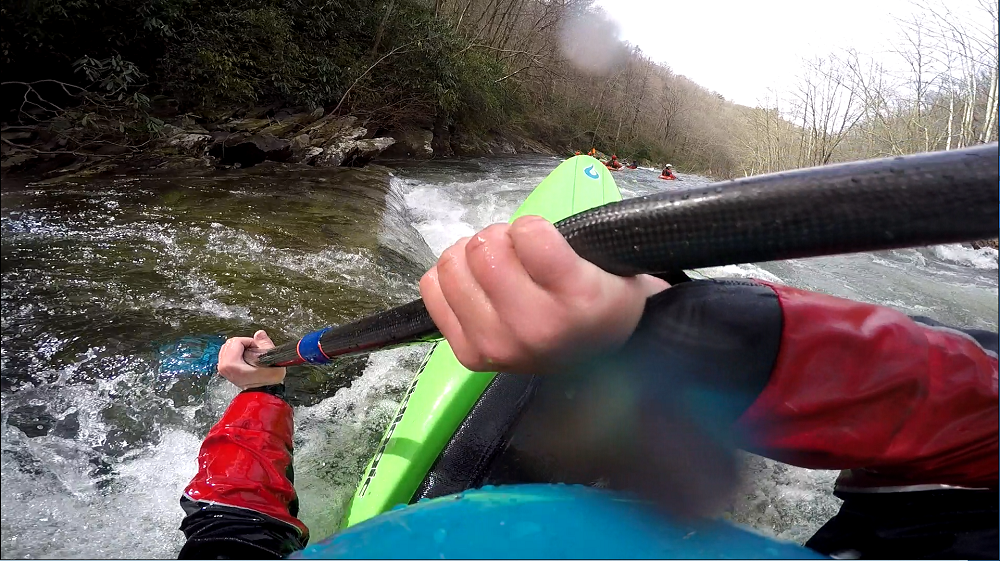 My first time in the Braaap was at the Cheoah River near Robbinsville NC, it was surprising as I wasn’t planning on paddling a prototype boat when I arrived at the put-in that morning. After my first lap my group and I went back up to run a 2nd lap on the bottom half of Cheoah, this is where we caught up with Hunt Jennings. After a few minutes of talking and reversing shuttle I had managed to talk Hunt into letting me take the Braaap down for that lap.

At first I was slightly worried at how the boat would handle with my current weight, and the water level, but once I was in the boat it occurred to me that my weight and the water level wasn’t going to be a problem. After some ferries, and attainments I was warmed up and used to the boat, and ready to get the fun started. As our run progressed down river I was realizing that the Braaap was a more maneuverable Flying Squirrel, the Braaap zipped in and out of eddies, went over instead of through holes, was very easy to control, flew off of boofs, and was very easy to roll. When we reached the final rapid named “Yardsale” I decided that I was going to attempt to do some slalom throughout the rapid, and push my skills, and the boats design.

As I began the first move I realized the boat wanted to naturally pivot like a slalom boat, and that I was pushing my self more than I was pushing the boats design. As I moved through the moves it occurred to me that the boat was capable of doing things way beyond my skill level.

As our run concluded I thanked Hunt for letting me try out the boat, and told him about my experience in it. Due to the extreme awesomeness of the boat I realized that I would have to buy one when they came into production and I could afford one.