Dave Thompson is perhaps one of the best paddlers you have never heard of. From dropping huge waterfalls, first descents and countless expeditions. Dave is far from your professional paddler. He has shunned sponsors and the limelight for years. I caught up with Dave in the Himalayas and asked him about his adventures. 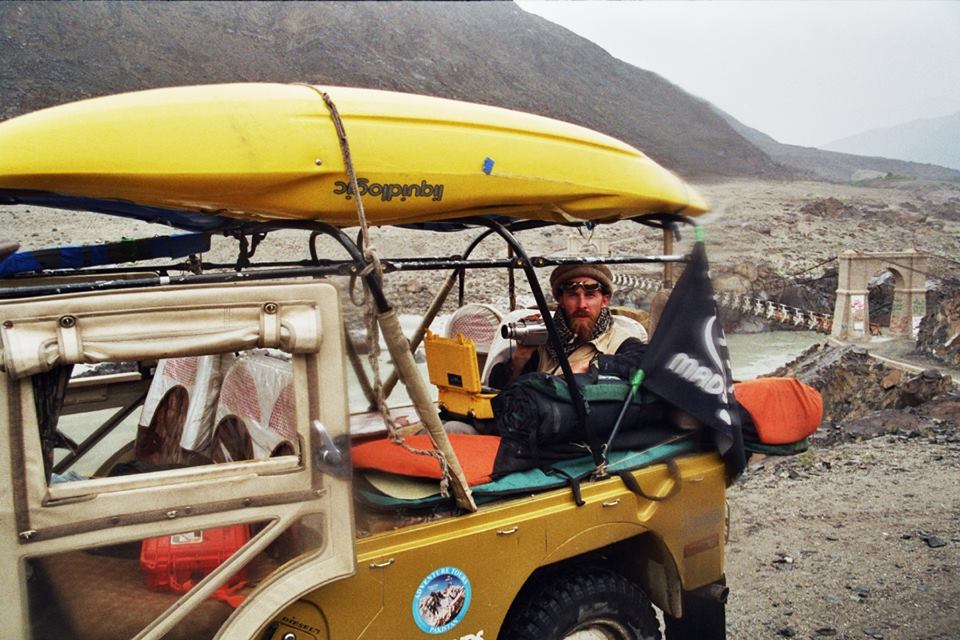 Dave you are often known as loco Dave or Crazy Dave. Do you think this is justified?

Yes the name is kind of justified, it got started when I was working in Nepal season after season for years, and it was a combination of how hard I was paddling and the levels we would do some runs. Along with a similar outlook to partying and general madness when not on the river, I’m quite well known in Nepal for some reason…

Didn’t you once do a lecture at the safety symposium about creek safety?

I once did a talk on waterfall safety and footrest design at the international white water safety symposium at the Brenin, but the interesting point was I met Slime at this point and descended into being international river scum. 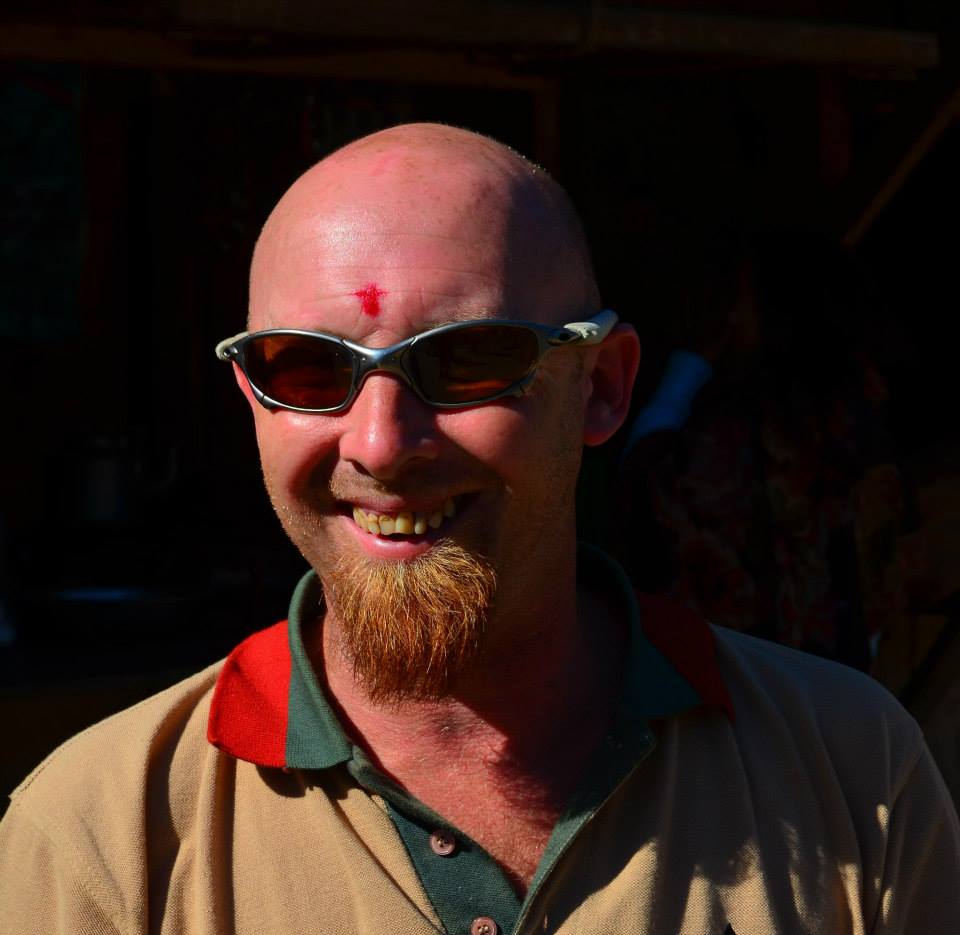 Well you did some silly high drops in to shallow pools, I’m thinking of an early descent of Llanberis falls, Rhaeder Mawdach and what was that Scottish one that you had the real small plunge pool for?

Yes I did an early descent of the falls of Llanberis, not long after the first by Shaun Baker and co with no injuries, I was 16 at the time and it was a better run than the next 18 years later. Rhaeder Mawddach was an interesting one where we just rocked up in the car on the forest track scouted it went back got changed go on the river didn’t even look at it again, and just floated down off the horizon for an epic ride and a kind of donkey flip halfway down to land on my head deck blown, rollup pissing myself laughing just to watch you repeat exactly.

Black spout in Scotland I looked at for a long time it’s basically a really steep slide and then changes to freefall half way only that it’s 80 ft high and lands in a small pool with another 50ft drop onto rocks, and the icing on the cake was that the pool was only 4ft deep amazingly it all went well, had to throw the boat onto its side for the landing otherwise it would have been bad. 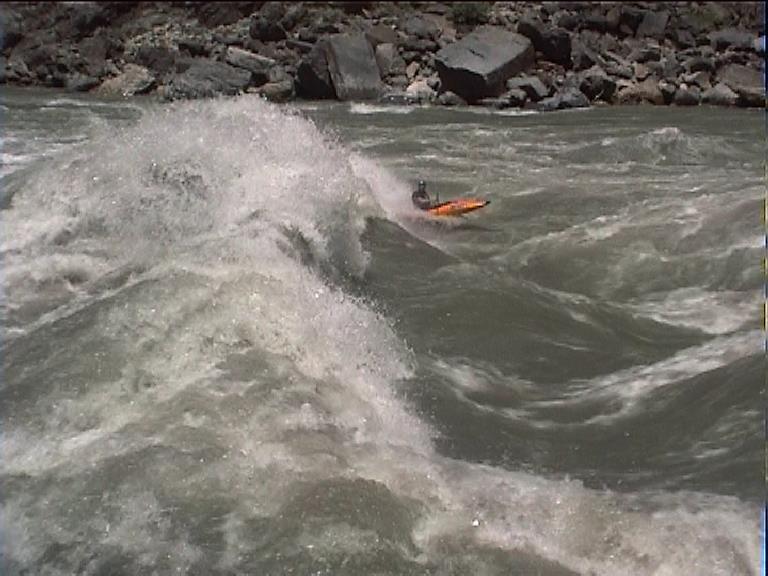 From these steep not deep rivers you moved to the Himalayas, Nepal, India, Pakistan, China, Tibet ticking off first descents and major expeditions. Then over to North and South America, I heard a tale in a bar that you went to Argentina did a river but had to leave it in a cave, walk out then go back 18 months later? What happened? You also did the first accent of the Matterhorn didn’t you?

Have been a lot of trips to Asia from the Hindu kush and karakoram to the far end of the Himalayas that have been incredible and I’ve been exploring for the last 22 years during this time I’ve made some good friends particularly one from Argentina and we ended up on a first descent in the Andes called the Rio Tunijan which I had been informed would take about three days, these guys were good boaters so I had no need to question, besides my Spanish is cheap and their English likewise, anyway we spend 10 hours on horse back to get in and set off down this remote canyon paddled some incredible white water and then on the third day we come across a section that takes us four hours to portage with some must make ferry glides to cross the river just to continue, that night we assessed the situation I finally got the answer that the river was 100km and lost a 1000m 3 days was never going to be enough, the river was high and super committing, so we decided to leave the boats and walk out, we had no food left apart from some rice, and I was dangerously low on cigarettes, it took two days. We emerged out of the canyon and into an army base and were instantly questioned as to where we had come from, we explained the trip and they were super impressed as they do mountain warfare training above the canyon but never venture in, they then gave us permission to return another time to go back in to get the boats back and paddle out in lower water, so we returned 14 months later, they then asked how long we expected to be and we asked if 5 days was okay, the reply was you can have 4 we start live fire exercises in 5 days whether you’re in or out…. was nice to get my disco back. Not to sure about the Matterhorn, might’ve been at my heavy drinking stage. 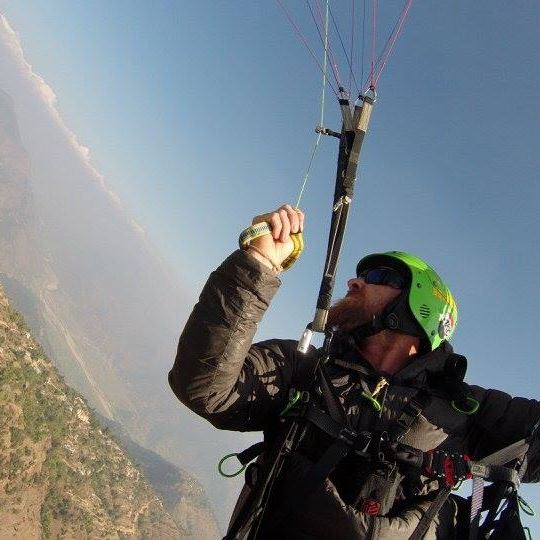 In 2018 I hear you are ‘training’ for a major Himalayan trip – care to explain?

Yeah through a random conversation in a bar in Kathmandu the owner who happens to be a very good friend said he wants to climb a peak for his 50th, the few of us there instantly agreed to go then it slowly formed into climbing Mera Peak at 6500m to then have cheddup go tandem paragliding with Babu Sunowar and myself fly down as I’m pilot. From here regroup as a few of us will be paddlers and then continue the birthday extravaganza holiday down the Dudh Kosi? and it will be 15 years since I last did the Dudh.

There’s still more interesting trips I have in mind but this one will be fun.

What are your thoughts on sponsorship? Do you think modern paddlers crave it?

There’s nothing wrong with it, it sells stuff. But yeah loads of people crave it and that’s the focus with some, shame really…. me I’m not interested, my newest boat is a necky blunt that I sold after I did the dudh in 2003 and just ran the humla with $150 bargain…bought it back from the guy I sold it to. Who needs sponsored, happy with some free stuff now and then.