Nightlines photography – Geoff Otto shows us how using EL-wire (electro luminescent wire) and a creative side can be used to capture a different type of ww scene. 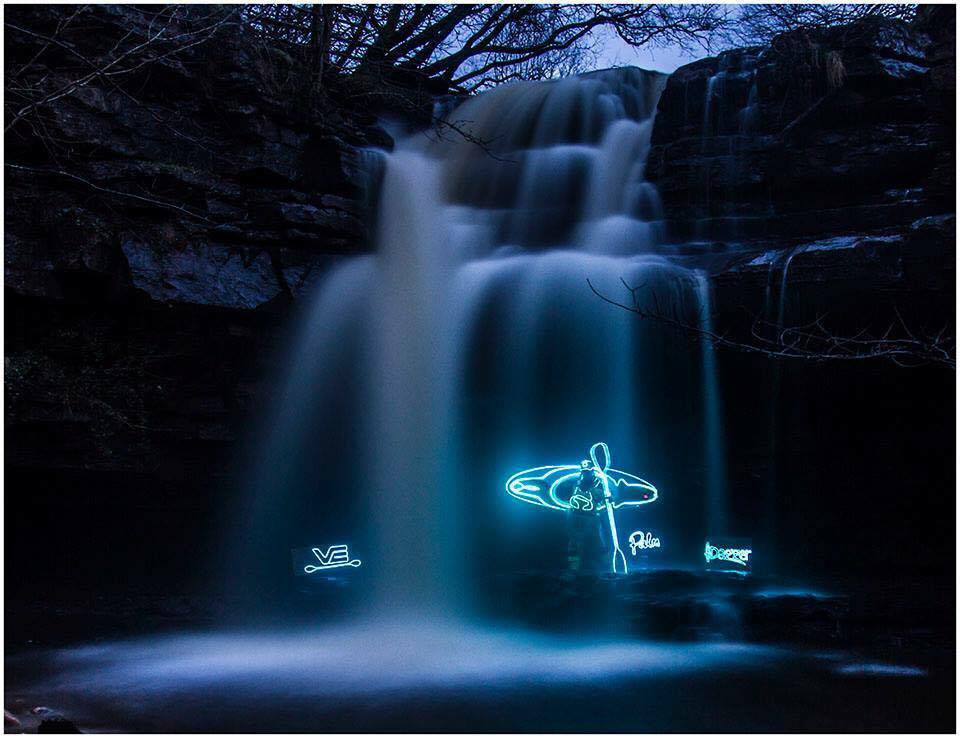 I have been playing around with el-wire now for approx 12 month, its a fantastic product and not too expensive. A 5 metre length is £5+ to the door from online suppliers or from eBay which I where I got hold of it. It’s a little temperamental when first trying it out, but it becomes easier once you’ve set a few lines up. To get the shots, we’ve been timing the evening so we just catch light fading into dark to get the best exposure in the shots. These test shots are something for a bigger project I have in mind in the future with Teesside Uni film crew. 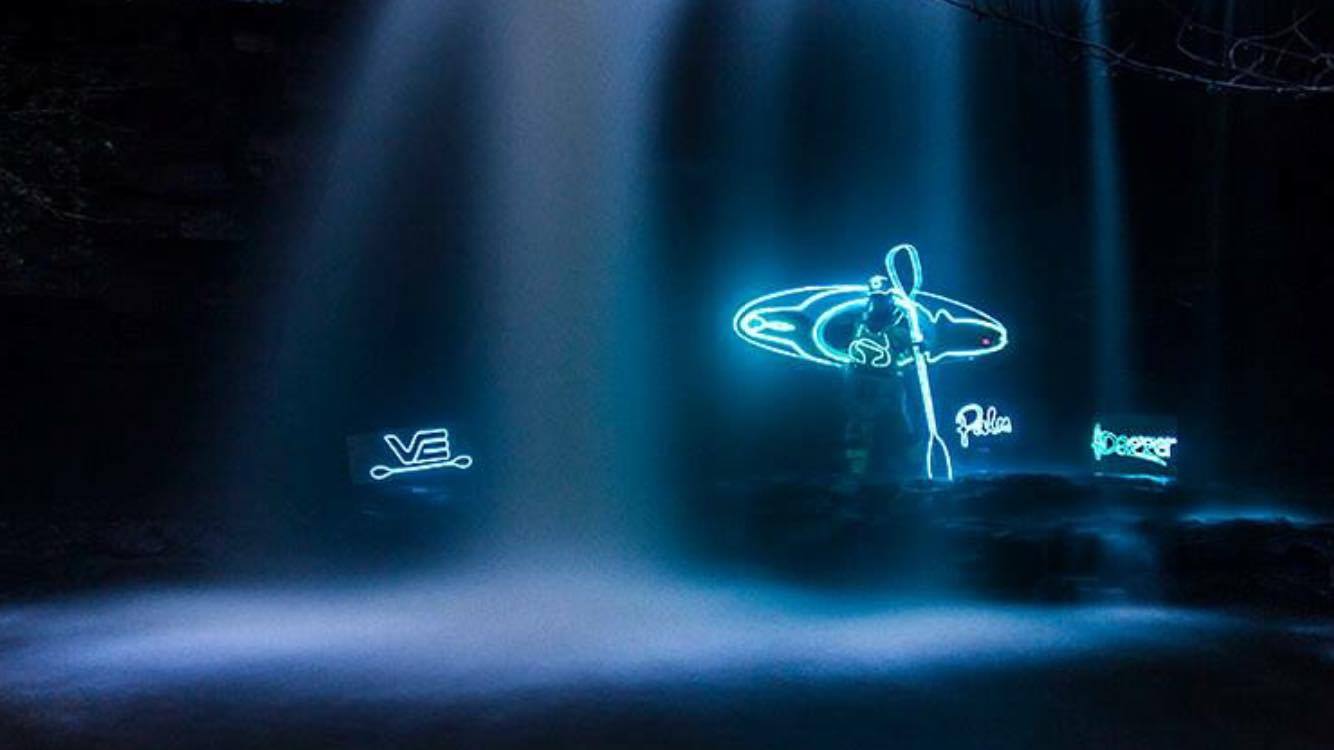 Simple connection blocks, using 2 AA batteries jack plug connection to EL-wire with 3 settings by pressing the button. These original ones do not have waterproof connectors, however it is now fairly easy to get hold of fully waterproof ones for a little extra cost. 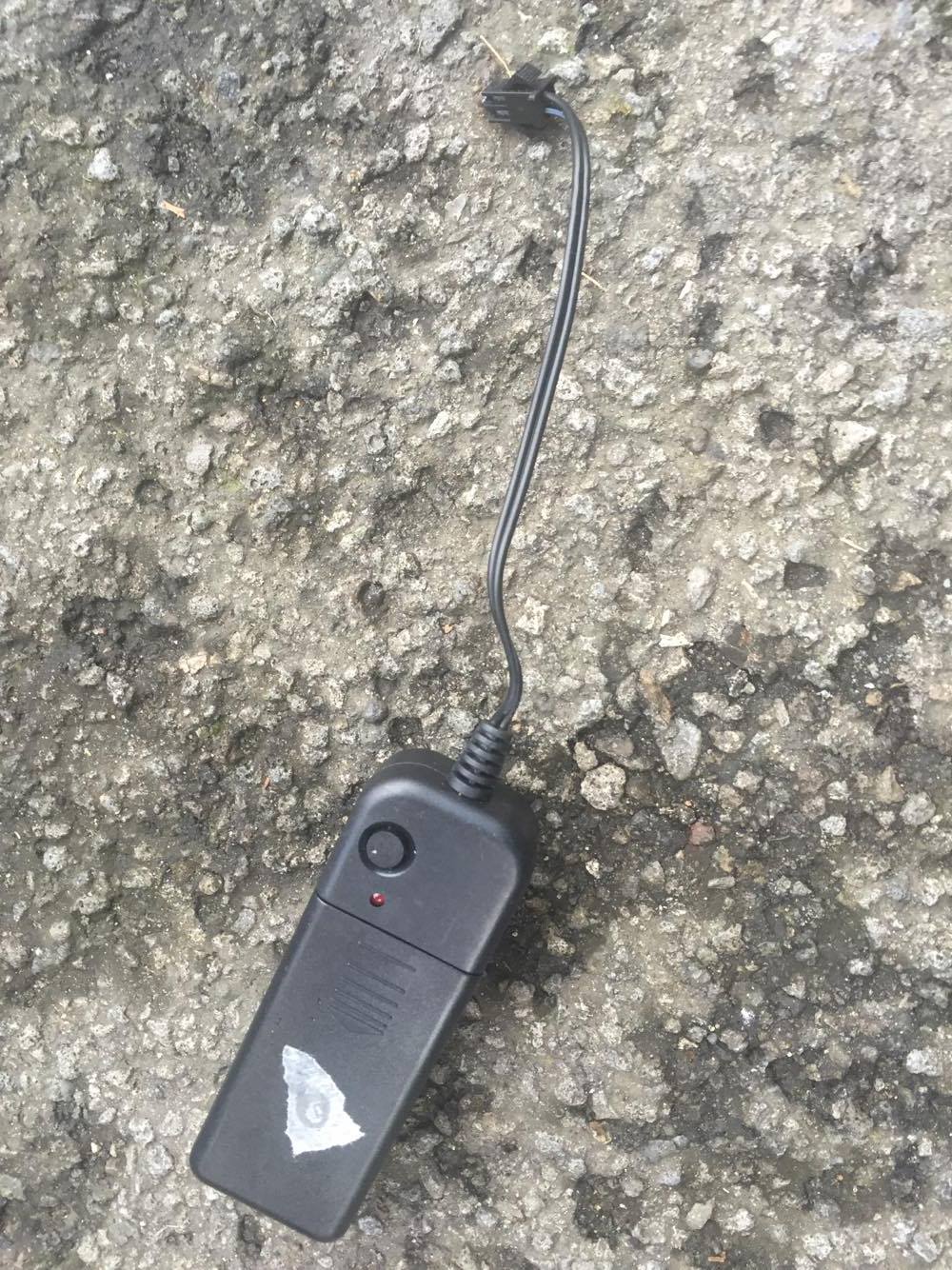 The best product I have found to date is the clear Gorilla tape, this was used on the boat, paddle, helmet and advertising boards. It’s an amazing product, great strength and amazing at adhering to practically anything. It’s obvious but get hold of the clear type to show the line as a constant unbroken length of colour. It’s approx £5 a roll. 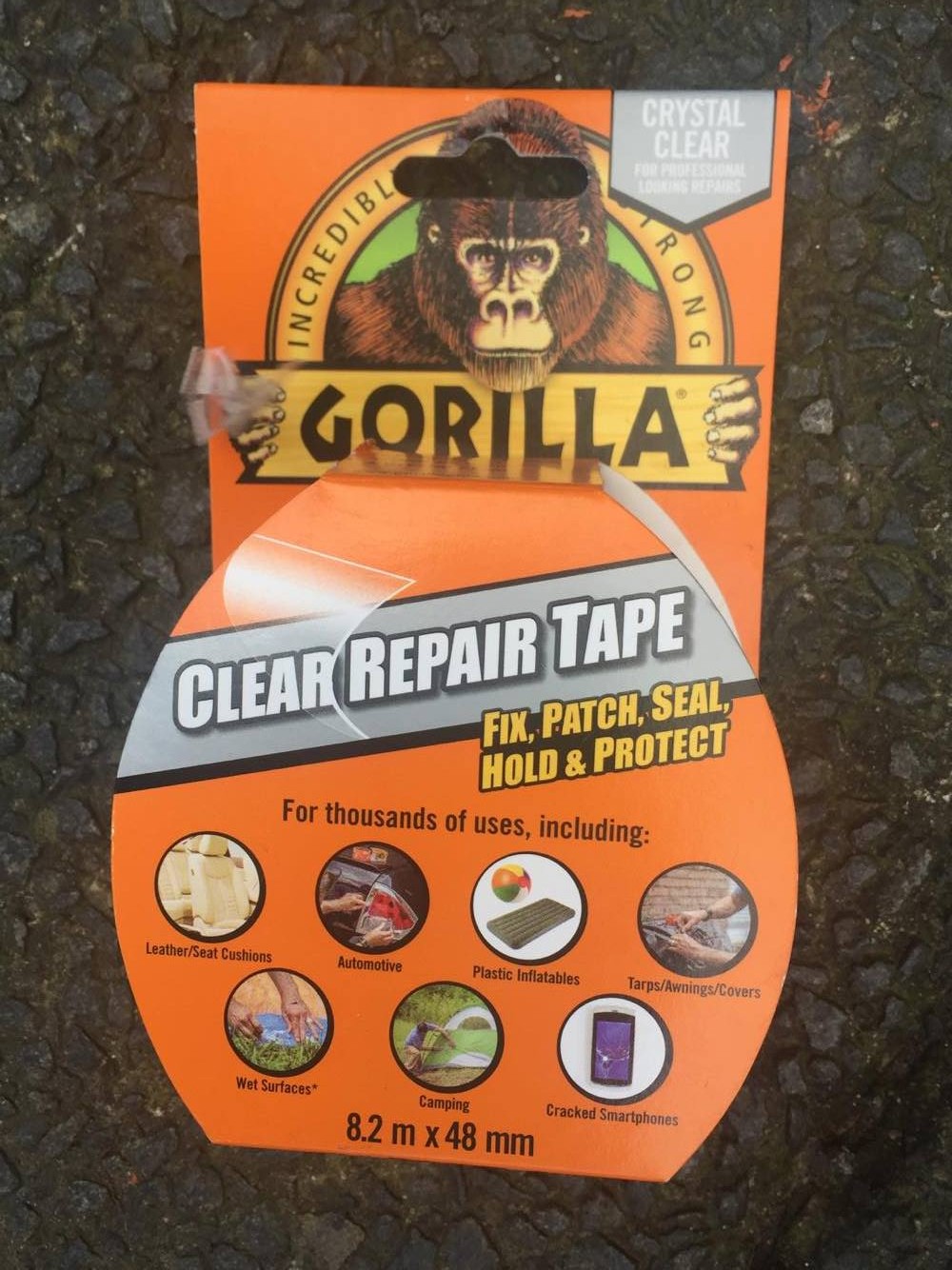 When doing the paddle I started where one of my hands would grip, therefore finishing there so I could put controller up my arm to keep it watertight. 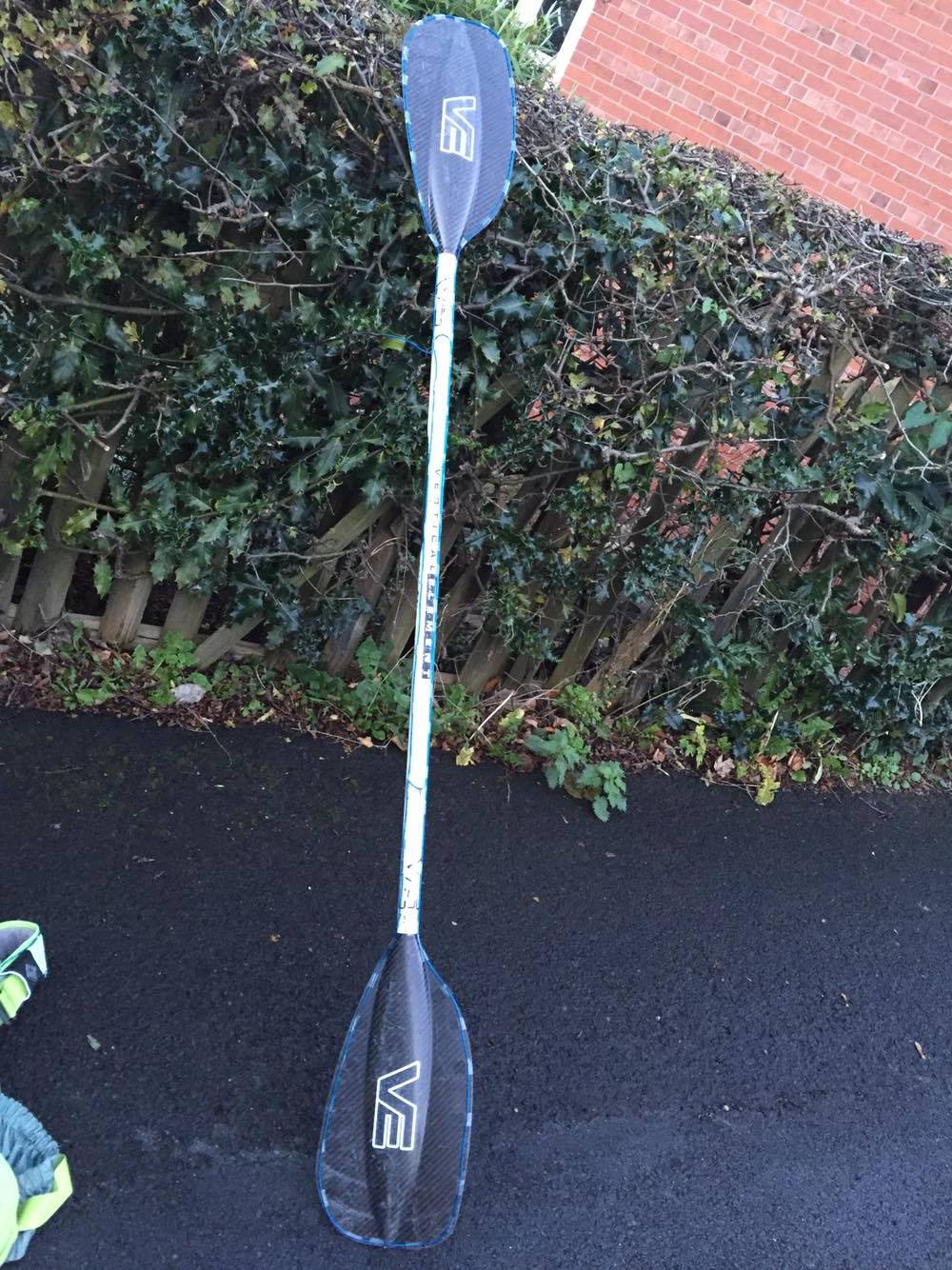 The paddle used a 5 metre length of EL-wire.

Helmet, again taped now for a year and still fine after numerous occasions of use. I started the design to finish off with the jack plug at the back so that the connector could then be dropped down my neck seal. 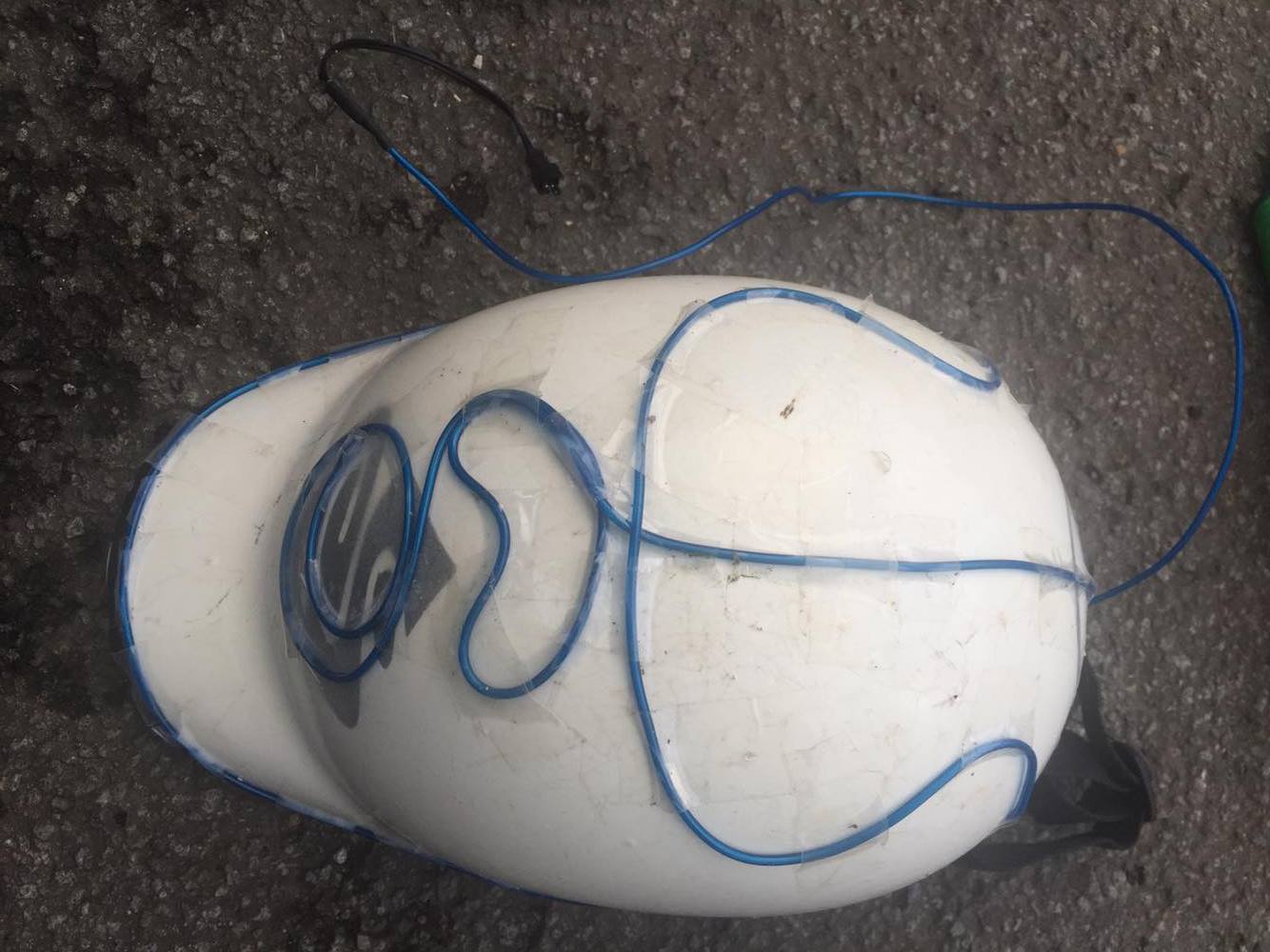 A 3 metre length of wire was used for the helmet.

I used an old Palm FX PFD to attach the line to. This one was a little more of a jigsaw puzzle to do.

In order to attach the line I hand stitched using a loop of white thread to allow constant colour to still show through. The ends of the line started and finished so that they could be placed in the PFD pocket.

Spray deck, again I found an old unused one. I used the same stitching technique to attach the line. A 3 metre line was used in this case. 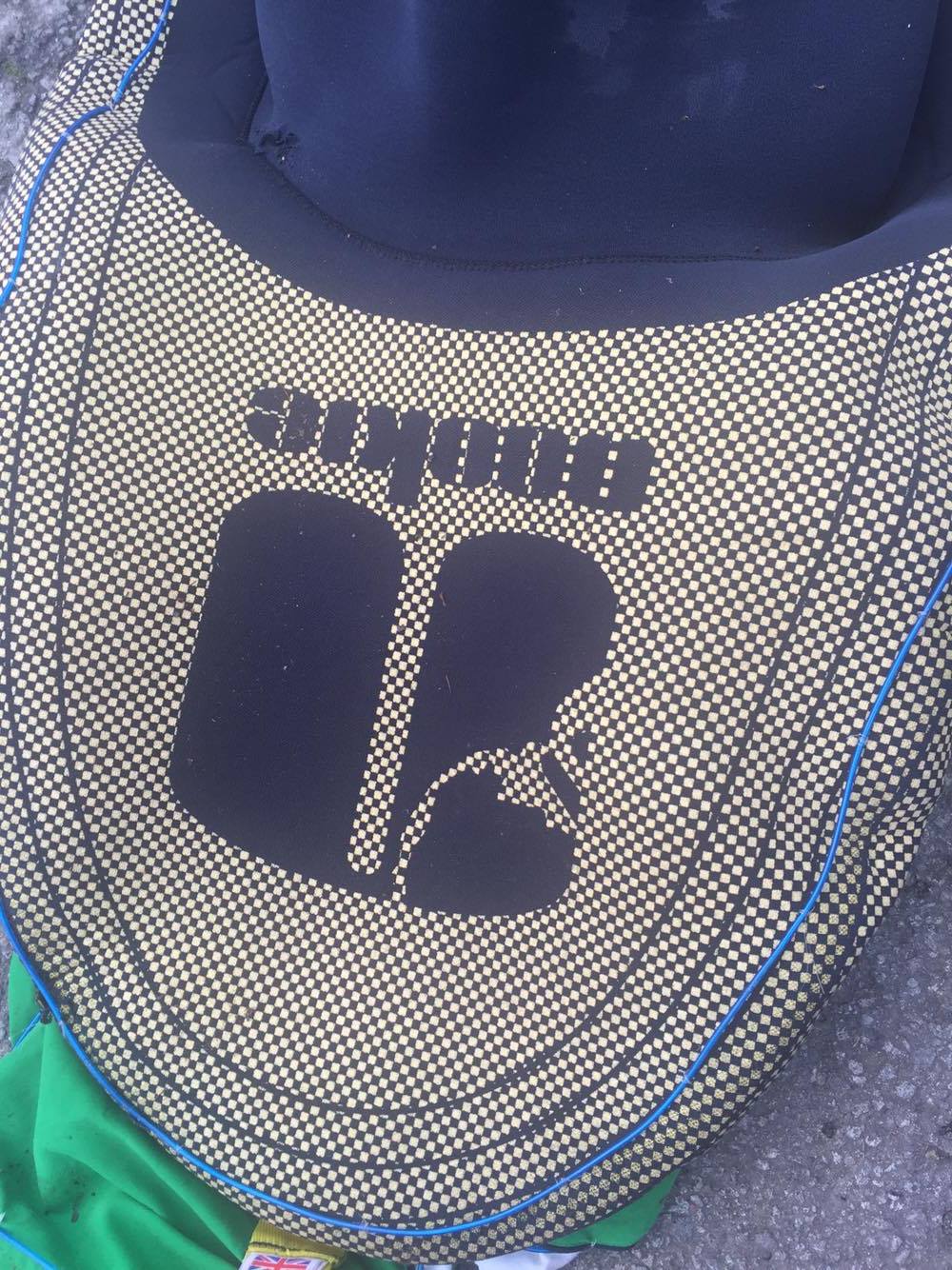 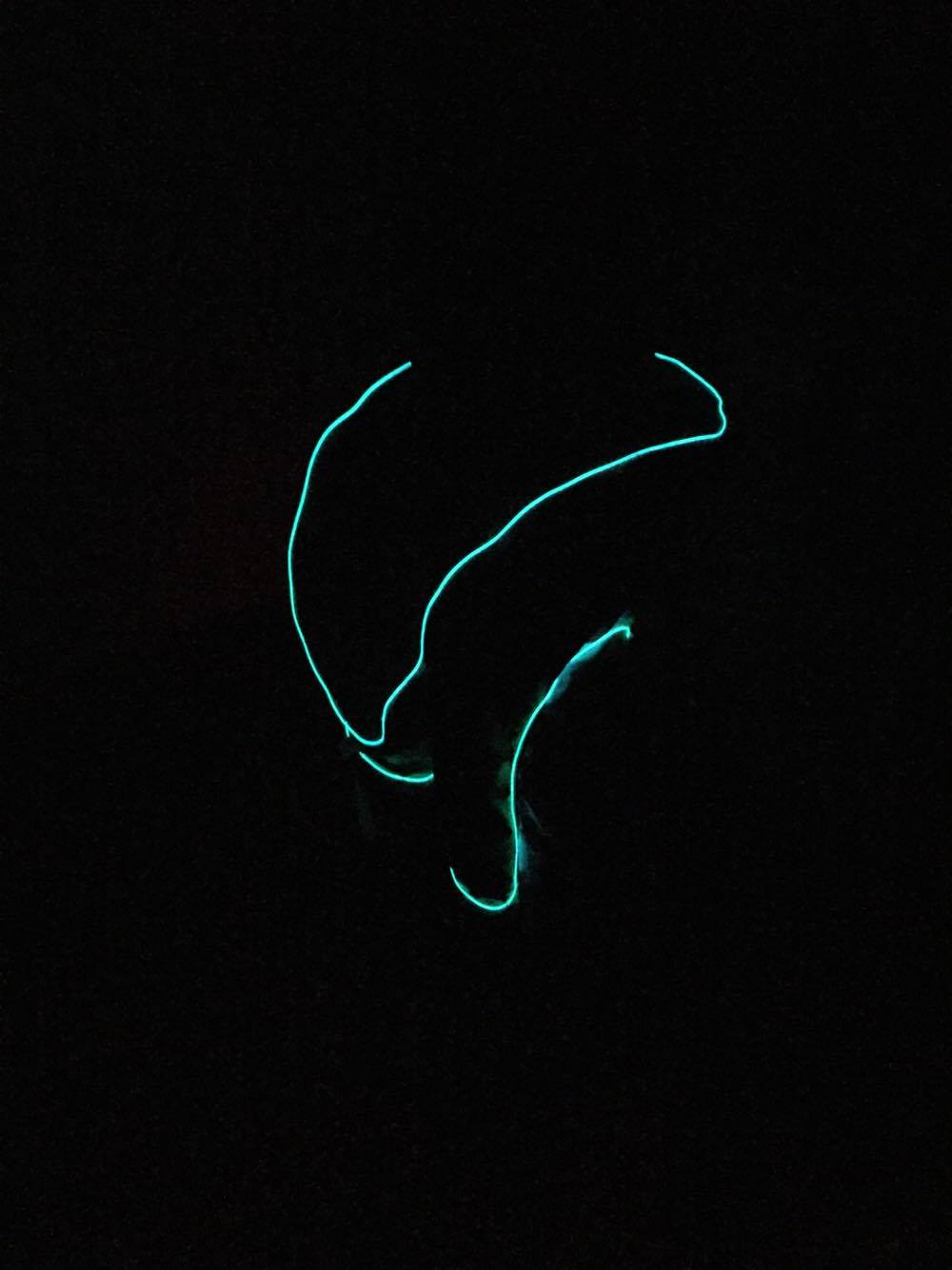 The advertising boards are a new addition. These were simply made by using 6mm plywood, a little art and then attaching the lines followed by attaching the controller to the back of the boards. 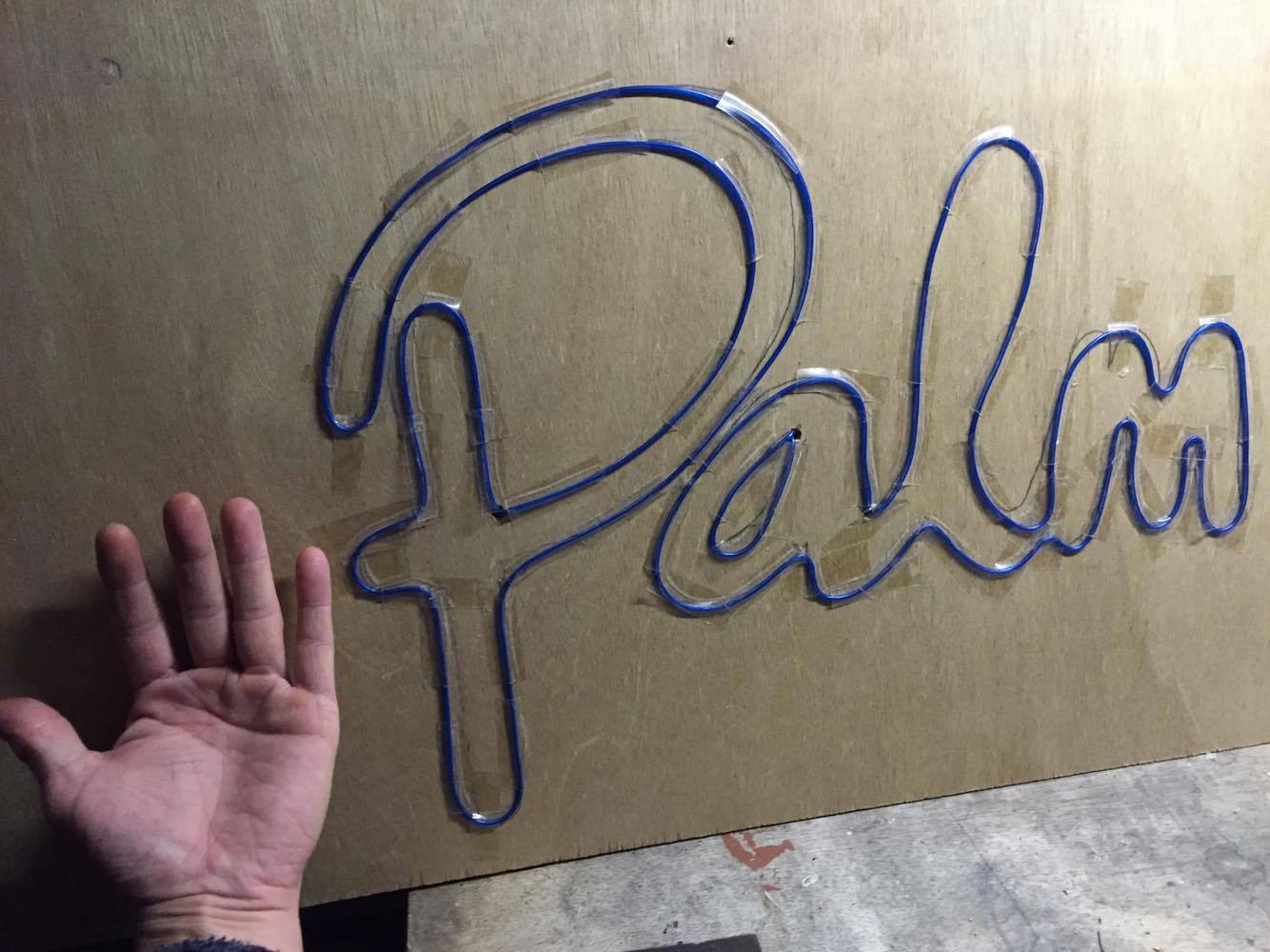 You can get an idea of the size by the Palm pic with the palm. Length used was 5 metres each.

The yak itself has 2×5 metre lengths going from the Dagger emblem following out left and right of boat, this leaving around a metre or so to then fit through the bung hole to reach the seat. Then another 3 metre length around deck area to leave approx 40cms spare. The ends of these with controllers were then placed in a dry bag behind the seat.

I then used a 1×5 metre length all around the lower edge. This is not quite long enough to reach back through the drain bung and back up to seat. As it was too short the connectors and running gear were placed in a small dry bag that was then jammed in the rear grab handle complete with clear tape to fix it in place.

There is other types of line on the market, for example, Aniol Serrassolses in this clip trying them out on a shoot.

These type will generally always be hard to work with, causing blurring to the shot in vid or photo.