Corran Addison’s company Soul Waterman now officially owns Seven2 paddles. Way back when we had a few pairs of Seven2 paddles at Unsponsored HQ and were pretty impressed by them (even though they were all right handed). 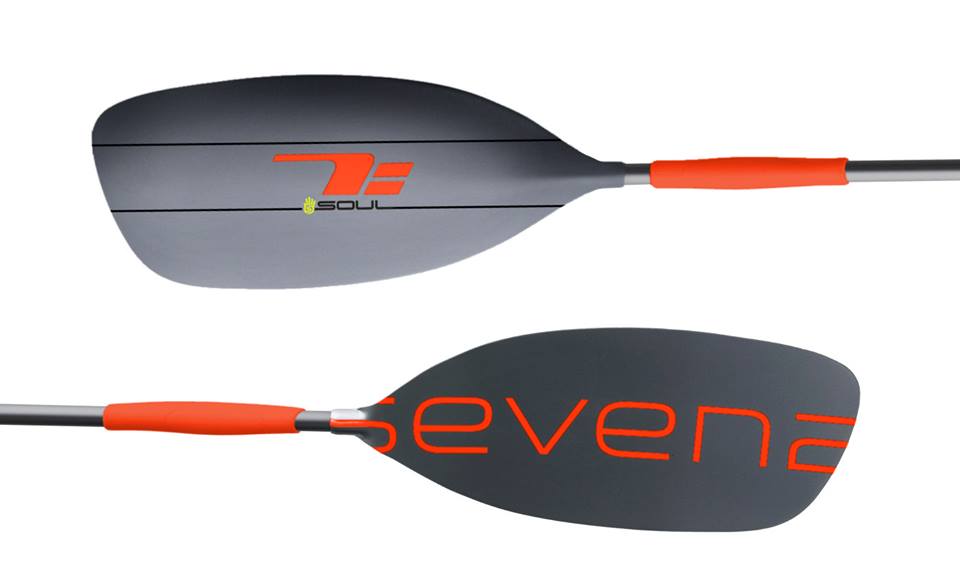 If you’re like us, and were paddling through the late 1990’s and mid 2000’s then you’re remember the fantastic Seven 2 Helio. A highly innovative, organic feeling (amazing for composite) paddle that made everything else feel like a club.

This new generation of the Helio is based on the concepts that made it such a great paddle – but updated for this next generation.

We’ve have a more buoyant blade, which offers increased support in aerated water, and resolved the edge wear problem by trimming the blade with P-tex.

The paddle keeps it’s 100% carbon shaft, with a carbon/kevlar blade construction, and Sanoprene grips which are molded directly onto the shaft. We’ve reengineered the week parts of of the back of the blade, so it’s both stronger and more wear resistant, and increased the shaft size by 1mm.

The overall effect is the same ergonomic feel of a bent shaft, without the inherent “twisted feeling” that comes from offsetting a blade from the shaft, on a paddle that has a relaxed spring to its power pull. Less joint and muscle fatigue over extended paddling periods, with increased control.

The Helio is available in medium or wide positions (measured to the inside of your index finger). The Blades are set at 30 degree offset.