Losing a GoPro because the sticky mount has failed is not a nice experience. I have been there. Using a leash or tethering system has become a key part of using a GoPro, especially when attached to a kayak, paddle or helmet. Since the release of the Blackout housing and GoPro Hero 4 the usual place to add a leash to tether the camera has gone.

GoPro have removed access to the metal bar that acts as part of the hinge, this was used by many to attach a thin piece of cord although some cases have failed due to this. There are two alternatives to using the hinge that depend upon the thumbscrew on the QR mount. 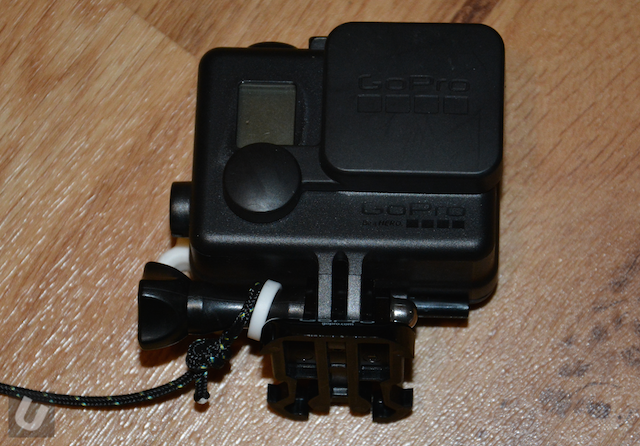 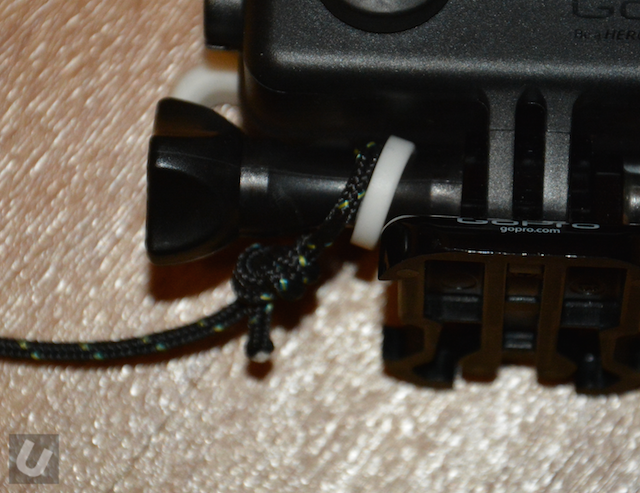 The first GoPro tether option is to add a loop to the end of the leash that is just big enough to get the thumbscrew into. As the screw gets wider there is a limited chance of the leash being pulled off.

However GoPro have endorsed the following method. The leash is looped around the mounting finger on the camera housing then the thumbscrew is used to fix the housing to the QR. 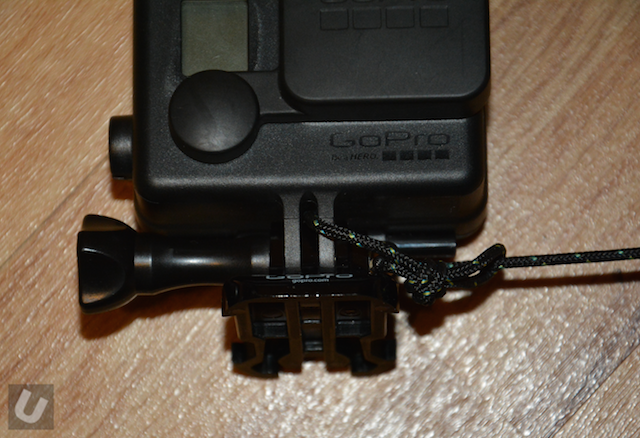 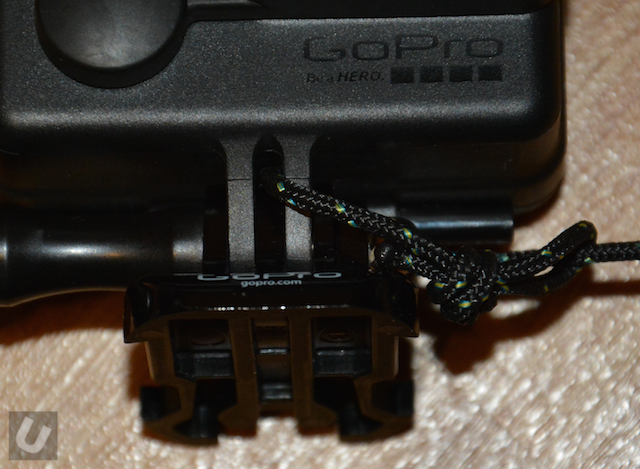 This provides a solid tethering point. I have moved all of my cameras to this setup.