Over the last two weeks I have welded up a number of boats here at Unsponsored HQ. So I thought I would share some of the work carried out “Welding – A Review” if you like.

The first boat a Dagger Mamba was welded twice. Once on the nose which also included getting a huge dent out and again on the hull under the seat. 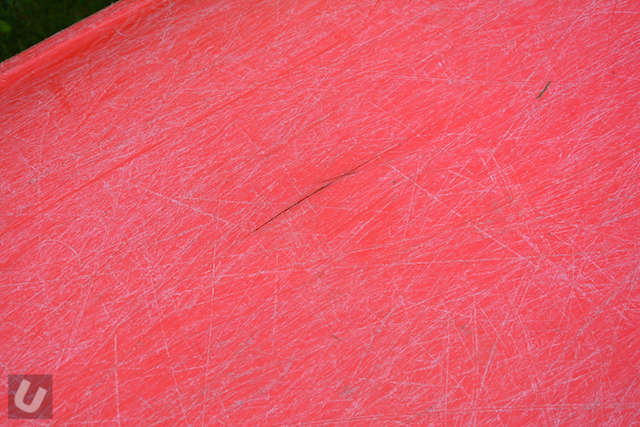 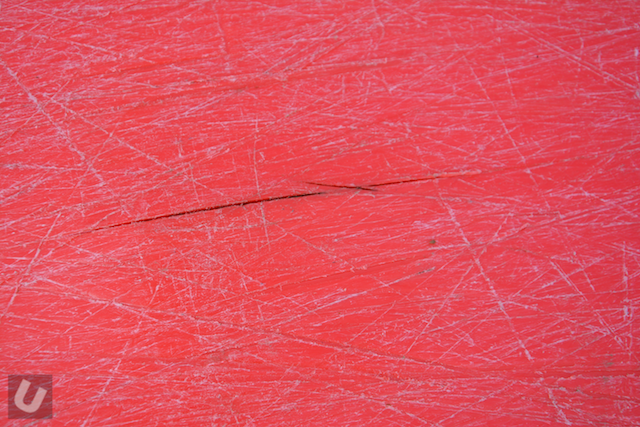 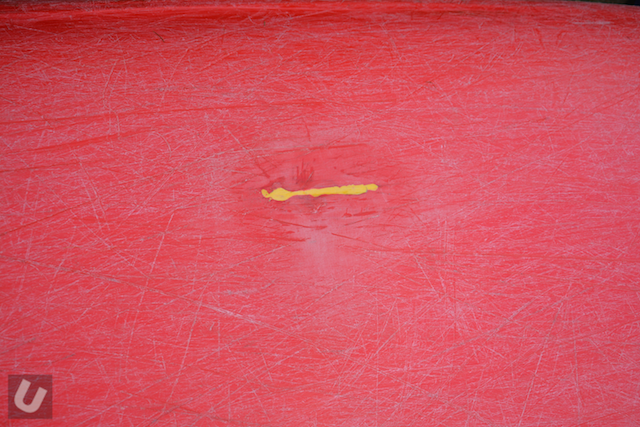 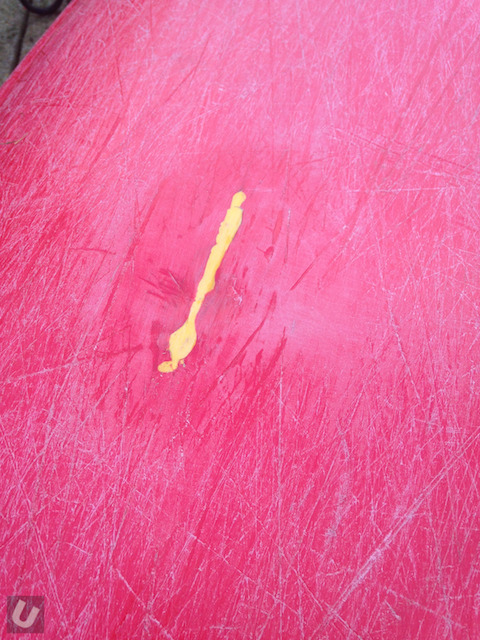 A fairly straight forward weld with no dramas. I find Dagger plastic the easiest to weld.

The second was a Dagger Greenboat. A rare boat that had sustained a 5″ split near the tail. There is a downside to longboats. 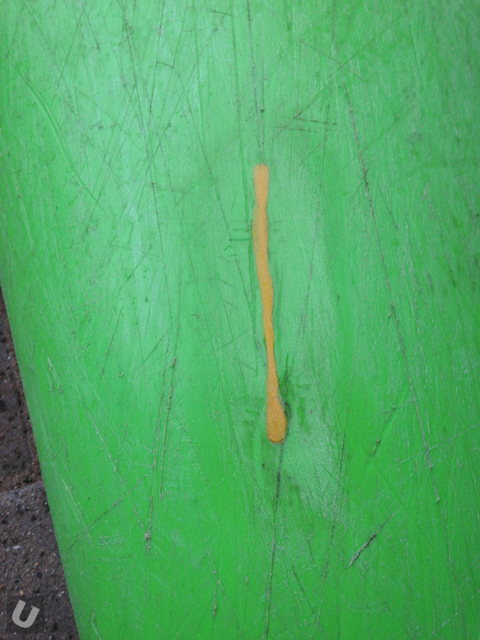 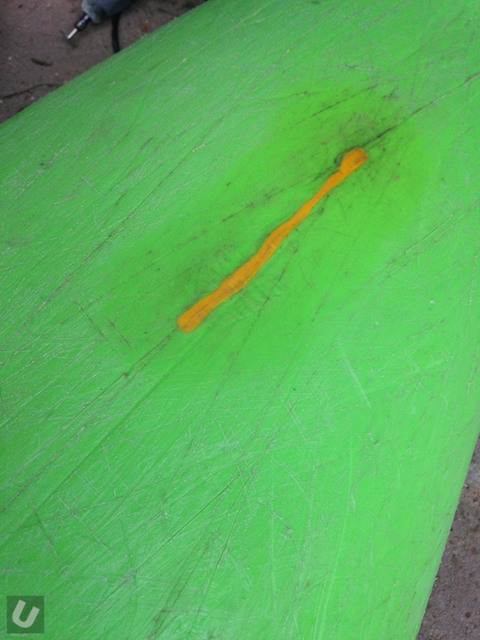 The third was a Liquidlogic Stomper. This boat had been holed to the rear of the seat and had been given a running repair bank side. Three holes were drilled, each at the end of the split. Unusually this split had a fork at one end and had begun to run away with itself. 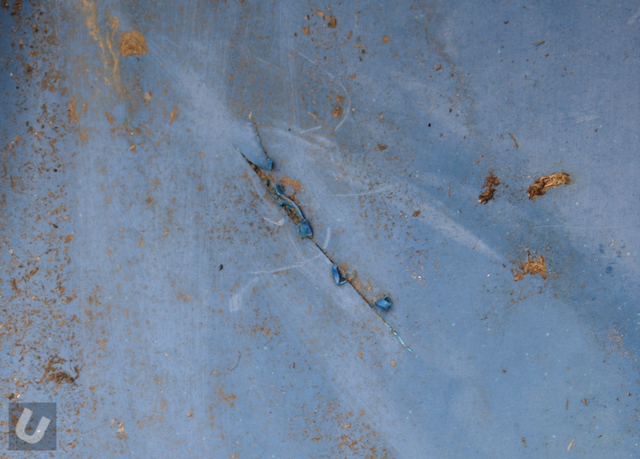 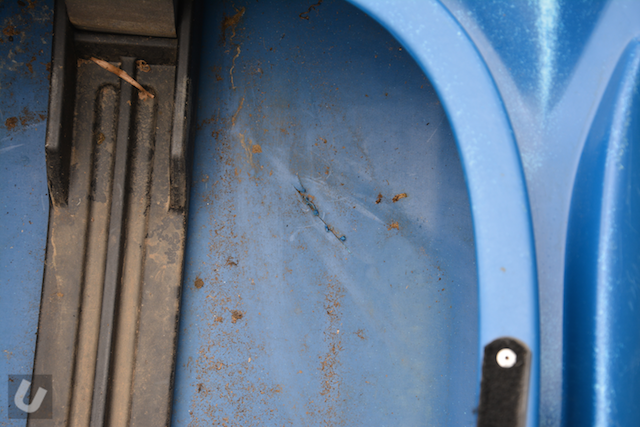 Drilling holes puts an end to that. 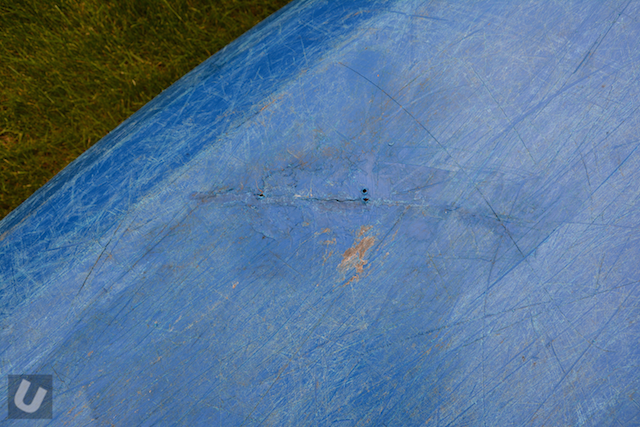 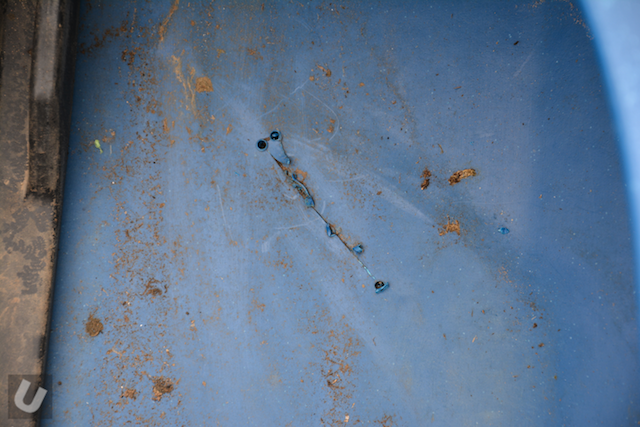 The hole was then made worse by trimming the plastic with a Dremel and a diamond cut wheel. This allowed me to identify where the damage was as it was hidden on the outside by the rough repair. 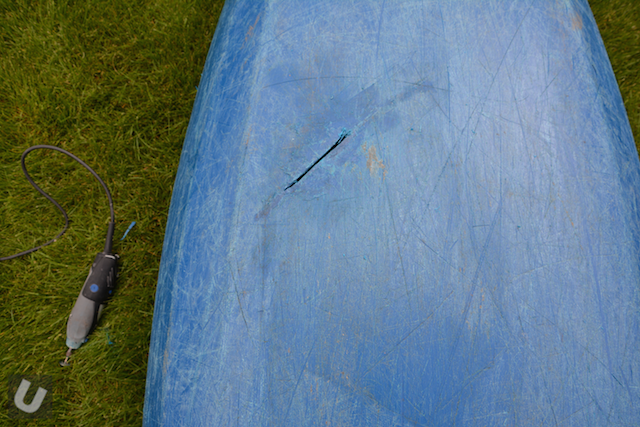 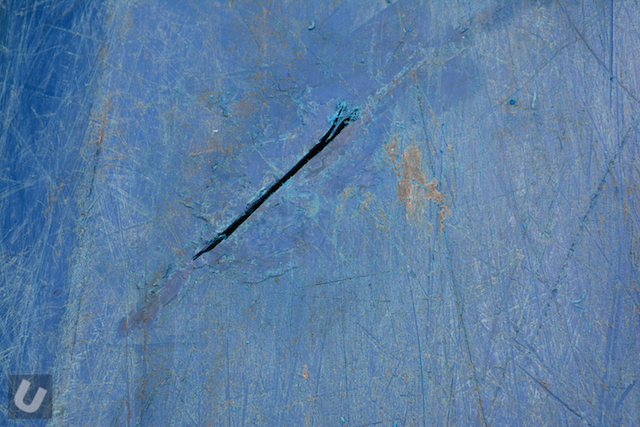 Using the Dremel to cut away a fraction of the plastic allows fresh plastic to be exposed as well as allows better access to get the new plastic in. The old repair was removed by warming up the plastic. The melting point of the additional plastic was much lower than the boat so was easy to scrape off. The image below shows the plastic prior to scraping and drilling. 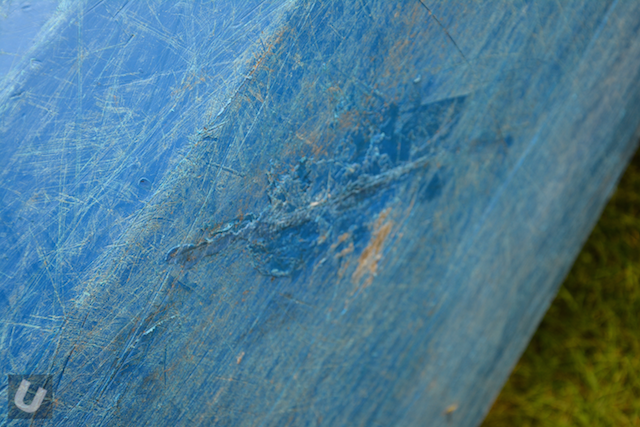 As the seat had been removed and the split exposed it made sense to have a go at both sides. The seat on the Stomper is pretty easy to remove. 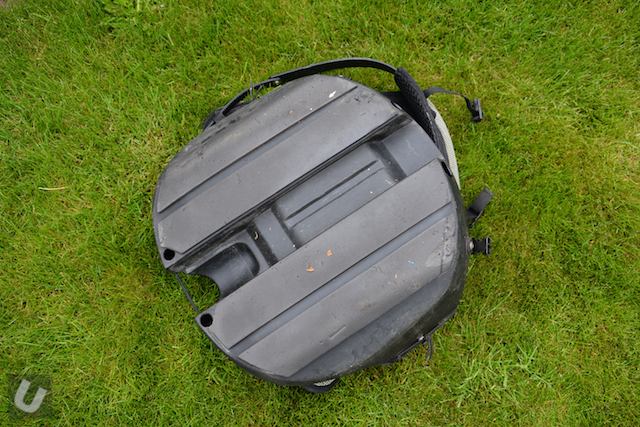 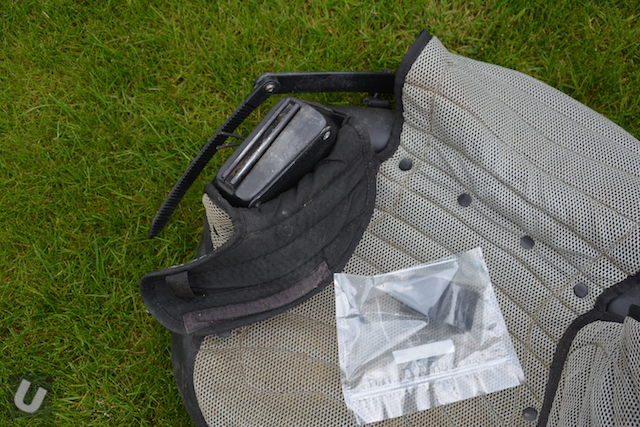 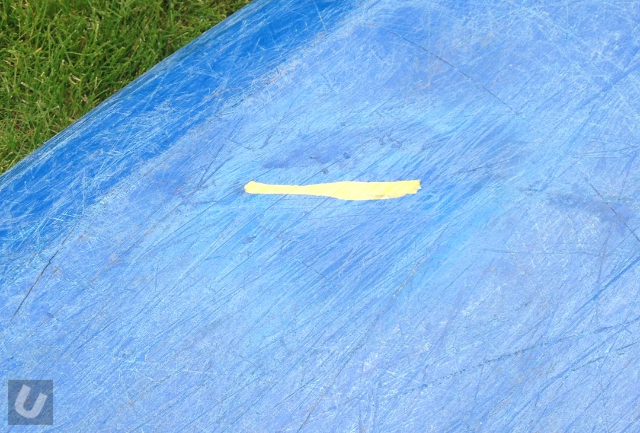 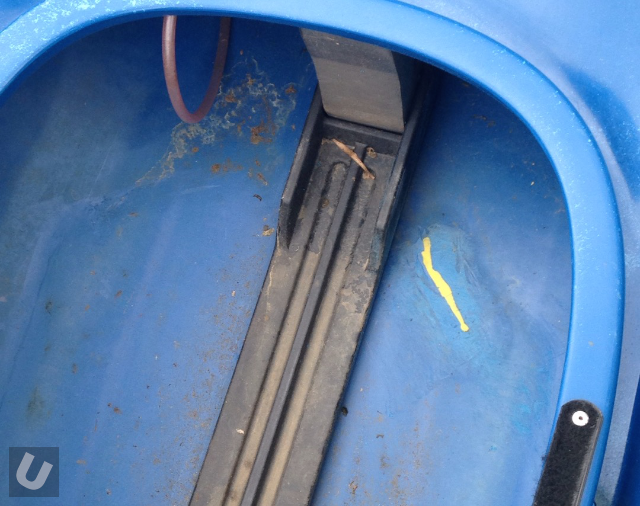 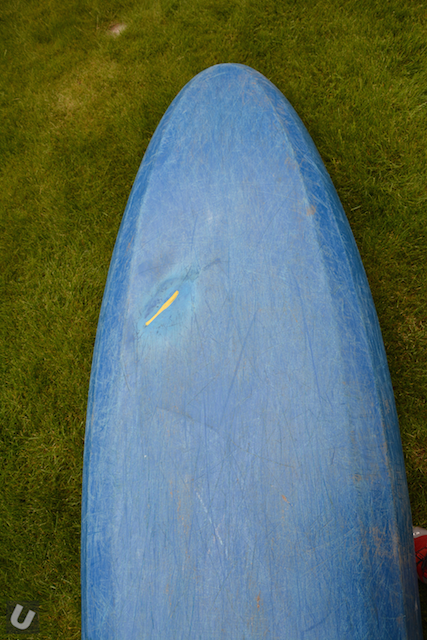 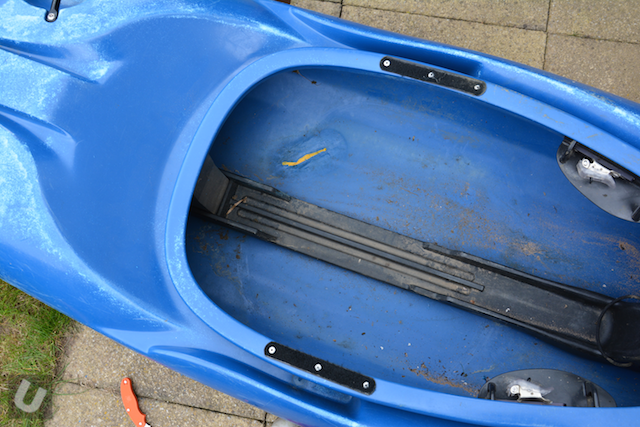