Since the first launch of the GoPro camera a few years ago it is very rare to see a group of paddlers at your local whitewater run or play park and not have at least one paddler wearing one. 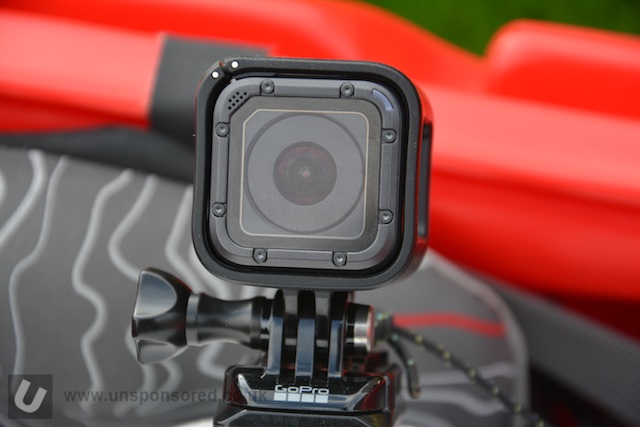 At Unsponsored HQ we have used the GoPro range since the first HD version hit UK shores. After a pause in updates GoPro have launched the new Hero5 range of cameras. The Hero5 Black edition (£349) takes on the similar cuboid form factor of previous versions but has dispensed with the housing. The Hero5 Session (£249) takes the Hero Session (now £179) cube form factor and packs a bigger punch. 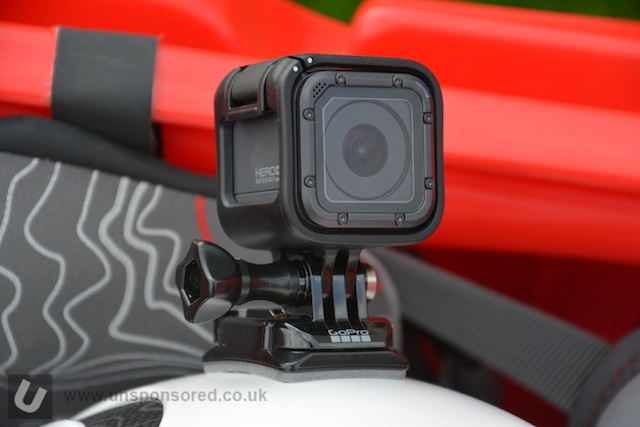 For last year or so I have owned two cameras, the Hero Session and the Hero4 Black Edition. If we took a camera out it tended to be the Session. So the increase in features in the same small package really appeals.

The camera is supplied with two sticky mounts, a Frame system to hold camera and a USB-C lead. The only access door on the camera is for the USB-C connection and Micro SD card. There is no way of replacing or swapping out the battery

Like the Session the Hero5 Session does not require a waterproof housing as it is already water proof to 10m. To utilise the GoPro quick release system the camera utilises a frame mount which is supplied in the box. Interestingly the frame includes a facility to attach a tether which is a great feature and one that I have needed to use in anger a couple times already when the camera was knocked during a ad hock boater cross race.

Not having a waterproof case and therefore additional lens protection may be of a worry. Some potential users may be concerned that the glass may get damaged, yes in theory it could, but replacements can be purchased direct from GoPro and are relatively cheap. I am not overly concerned about that at all. At the end of the day it’s been purchased to get hammered.

A small but very bright white text on black LCD screen keeps you up to date on the cameras settings, although a small button is present on the back for minor setting changes the vast majority of setting changes need to be carried out via the App or GoPro Remote (not included). Setting the camera this way is far easier anyway.

The single button on the top of the camera activates video recording (one quick press) and takes stills (one press held for a few seconds). To stop recording and switch the camera off the button is pressed again. If you are used to the older GoPro models having only one main button does take a short while to get used to. 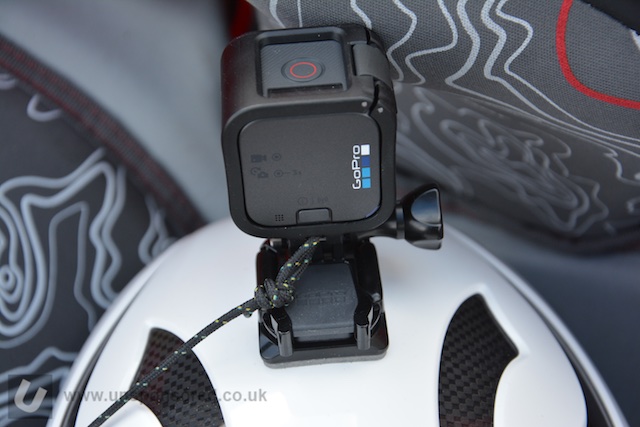 Where the Hero5 Session really starts to differ from the Session is the additional capabilities that are hidden within the unit.

Just like the bigger Hero5 Black Edition the Hero5 Session has hands free control through the use voice commands, which may be useful when mounted on longer boats where reach is an issue. I have tested this a great deal and the system can handle my North East England accent without issue, even in noisy whitewater environments.

Now to the media. The big thing is that this small package is capable of shooting in 4K and can take 10MP images. It also wraps some image stabilisation in there as well, which is missing from the Hero 4 Session. From a couple of mountain bike trips with the camera I can definitely say that the image stabilisation is a great improvement and instantly makes the video footage far more useable.

Since 4k shots are now possible the camera will happily accept a Class 10/U3 micro SD card with a capacity of up to 128GB.

There is a clear difference in the performance of the two Session cameras. The video and still images are much crisper on the Hero5 Session and it can handle difficult lighting situations much better despite only having a prosumer grade lens. It’s a very capable package that produces media that is much closer to that produced by the Hero 4 Black edition. 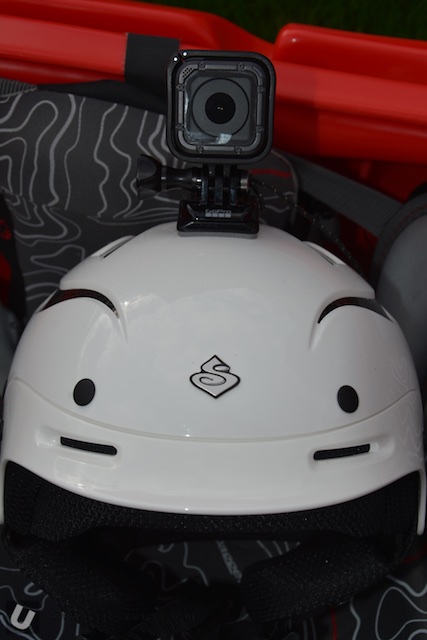 All in all, the Hero5 Session packs a powerful punch but yet is extremely easy to operate. It is super light and is hardly noticeable when sat on top of your paddling lid. Editing the video is also much easier with a number of new GoPro apps that allow you to quickly create that next sick edit.

The size and weight of the unit makes it ideal as a helmet camera and now that it is just about as capable as the full fat GoPro Hero5 Black then it makes for a great purchase (if you can handle the price).

At present I don’t think there is much out there than can actually beat it.