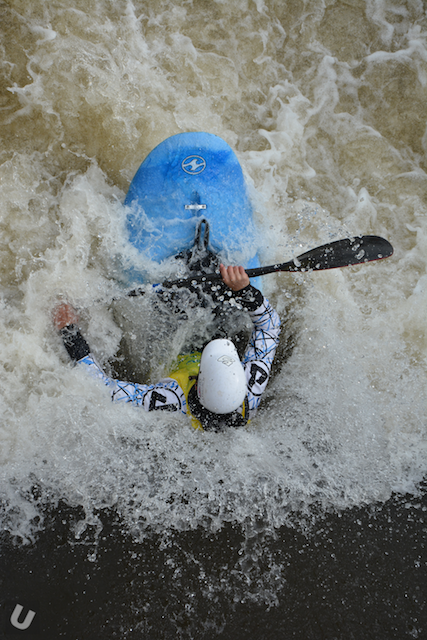 The Project X is a short freestyle kayak that is available in three different sizes – 48, 56 and 64 gallons. The first generation had Wavesport’s Core Outfitting. The outfitting in early models was good but some issues with delamination had been reported by quite a few paddlers. Wavesport quickly rectified this issue with an update in the materials and production techniques used.

More recent editions have had the newer fully adjustable Core White outfitting system as found in the Möbius playboat and the Recon creeker. The greatest improvement in my opinion is the ability to raise the front end of the seat via ratchet system. This helps lock you into the thigh braces and the seat. It is great for increasing control of the boat. I find using this system to be really comfortable and it still remains my favourite of all outfitting systems. 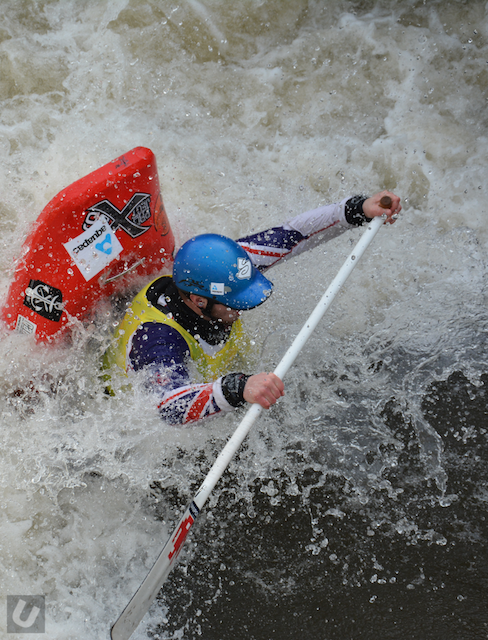 Now the Wavesport Project X could be classed as an older generation boat as it is no longer in production. However if you have paddled any playboat made within the last couple of years you will be familiar with the key design features found in the Project X. In fact line up any newer playboat against the Project X and you will notice a number of similarities. The Project X’s hull is a planning design with sharp edges that taper off to the rear of the boat. This makes for a kayak that can spin and surf very easily. For a relatively short boat it has a pretty good turn of speed. That said like many modern boats the Project X needs to be driven to get the most out of it. Leaning hard and forcing the edges deep into the water provides the ability to turn and carve quickly. 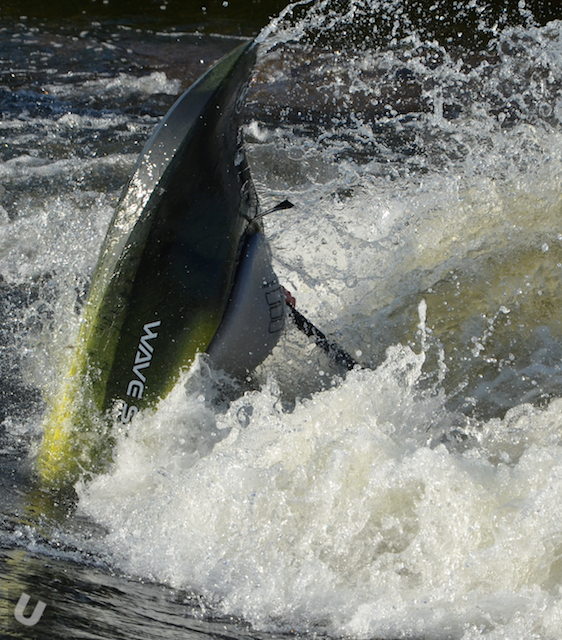 At the opposite end of the spectrum the Project X has quite a lot of pop. The volume distribution around the cockpit makes for a boat that can cartwheel easily and bow or even stern stall with a good level of stability. In addition flat water loops are relatively easy to pull off with a fair bit of air. All that volume does its job really well.

So the Project X paddles really well but was discontinued in August 2013, so why would you want an old design such as the Project X over a Dagger Jitsu, Pyranha Jed or Wavesport Möbius. Firstly the price is definitely going to be an incentive with some pretty good deals to be had on both new and used boats.

Secondly lets consider the competition. Lets start off by considering the Pyranha Jed. If you compare the Project X to the Jed there isn’t a huge difference between the designs. As they are both products from the same designer it kind of makes sense, they share the same DNA with one being an incremental improvement over the other. Since the release of the Pyranha Jed, Dagger have released the Jitsu and I have owned both. Comparing the Jitsu to the Project X – the Jitsu is a much lighter and stiffer boat. The lighter plastic and welded beam within the hull takes a very similar design to the next level. The outfitting is very similar (Wavesport and Dagger are owned by the same parent company) but the hull feels looser on the Jitsu.

I still wouldn’t discount the Project X despite the arrival of lighter, stiffer and newer designs. The Project X is a super fun boat to paddle and can do all the same moves as the other boats listed. The outfitting is still class leading and the construction of the boat is absolutely bomber. The Wavesport Project X is a boat that can take you from the very start of developing your play boating skills right up to full competition paddling and everything in between.