Kiliii Fish is a photographer, adventurer, and boat builder with a passion for all things wild. He has guided survival expeditions by land and sea and teaches traditional skin-on-frame kayak building in workshops around the world with his company Seawolf Kayak. 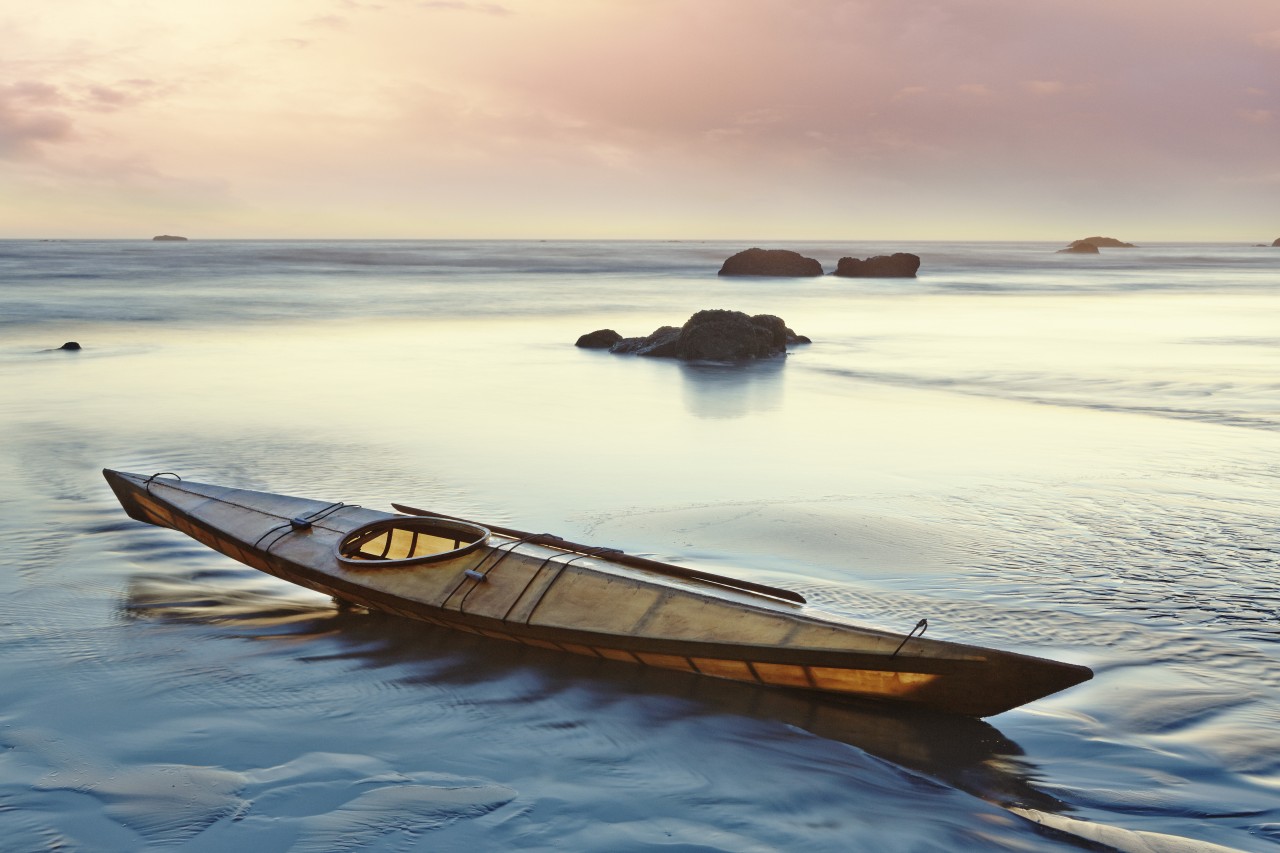 This September, Seawolf and Explora are bringing a kayak workshop to Scotland for the first time. This workshop teaches advanced woodworking skills in a step-by-step process to create a kayak, while also offering a brief sketch of the long history of traditional kayak building. 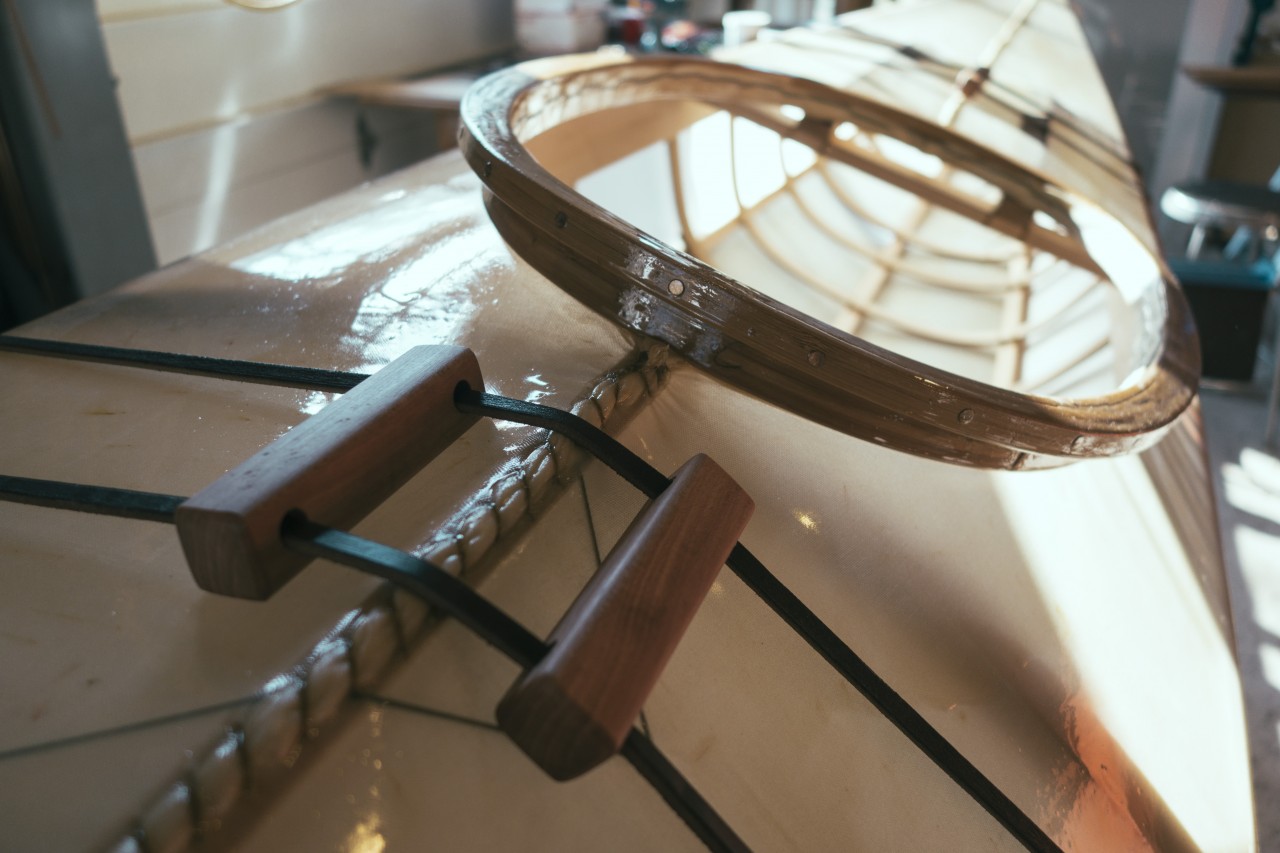 Seawolf combines the ancient craft of skin-on-frame building with boats that are made to take modern paddlers on modern adventures. From day paddling in inland waters, to multi-day excursions, to fishing and rock-gardening, each kayak model is specially designed for a particular purpose.

The Revival of an Ancient Craft

Once nearly a lost skill, traditional kayak building has undergone a revival in the last 30 years among hobbyists around the world and indigenous communities across the Arctic. Due to the effort of a handful of kayak enthusiasts-turned-historians, the skills of the few remaining native elders were documented near the end of the last century. With old knowledge newly available, more people took an interest and began constructing skin-on-frames of their own. 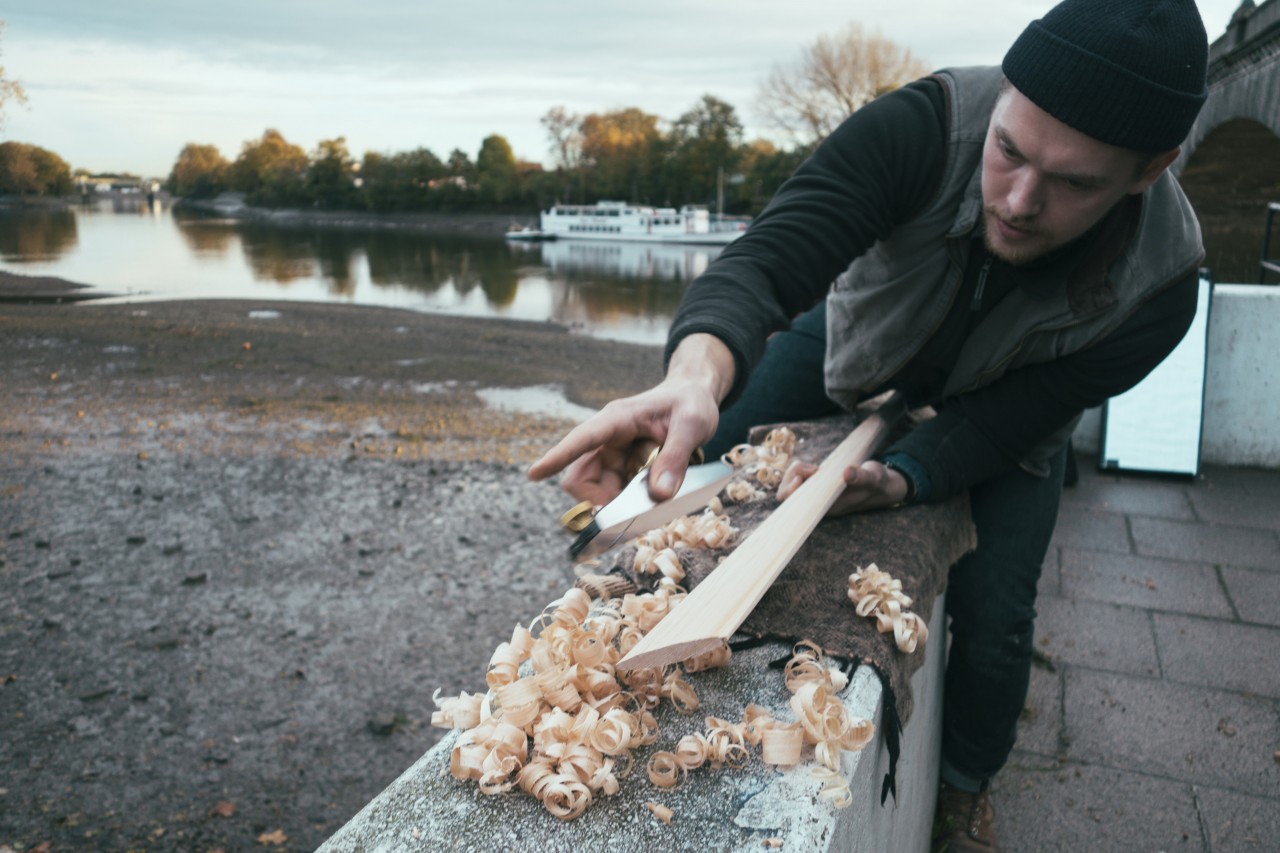 Since that time, some non-native historians and enthusiasts were asked to bring skin-on-frame building back to native communities. It has had a trickling effect—in 2006 the Alaska Native Heritage Center sponsored a number of native boats to be built, and brought skin-on-frame kayaks back to the communities’ attention. The biggest revival has been in Greenland, where Qaanaq Katannufiat (the Greenland Kayak Club) has now over a 1,000 members as Greenlanders continue to reclaim their tradition. 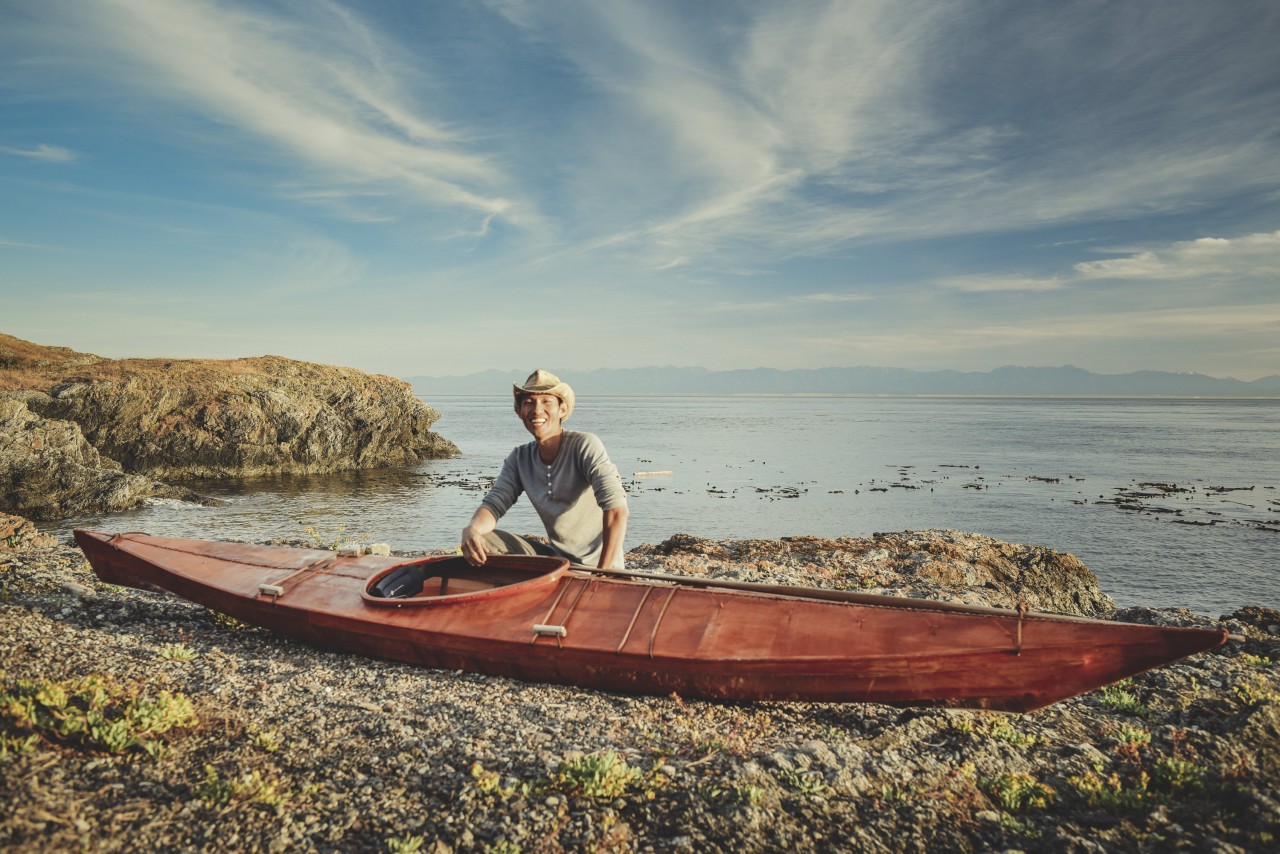 Kiliii was first inspired to learn traditional boat-building given his background in primitive wilderness survival, and as a way to connect with his own ancestry. First introduced to skin-on-frame building by a student of one of the original revivalists in the US, Kiliii went on to spend time learning from elders of the kayaking communities in Alaska. He has since been designing kayaks and leading workshops for over a decade. He helped bring the skills of kayak building back to the original communities, teaching Yupik and Inupiaq youth in Alaska.
Today, Seawolf Kayak is one of only two schools teaching skin-on-frame building in the world. Through the workshops, Kiliii connects his students to the cultures of the Arctic, with knowledge passed down over generations.

While their beauty and the cultural importance appeal to many, skin-on-frame boats are also a practical choice for modern paddlers. They are light enough to maneuver on and off a car rack solo— the average Seawolf boat weighs in under 12 kilos. The wooden frame of the kayak is lashed together with thick twine and artificial sinew, allowing it to flex under impact. This flexibility gives the boat its strength, while the tough nylon and polyurethane skin makes it puncture-proof. 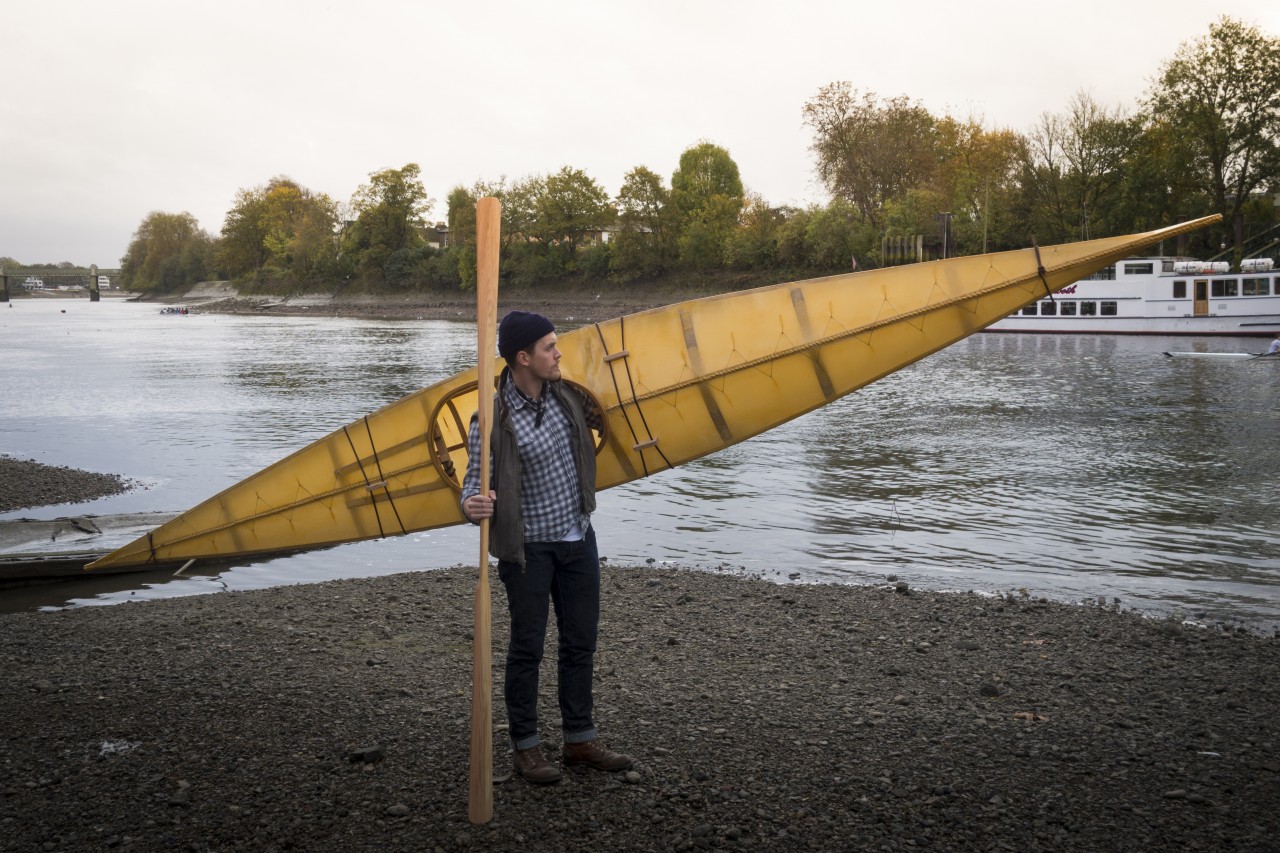 All of Seawolf’s kayak models are informed by Kiliii’s years of experience and thousands of kilometers paddled. They have been tested under harsh ocean conditions to be as reliable as any modern plastic or fiberglass boat. The instructors guide students through the building process step-by-step to ensure that every boat is as solid and seaworthy as the ones built in their own shop. 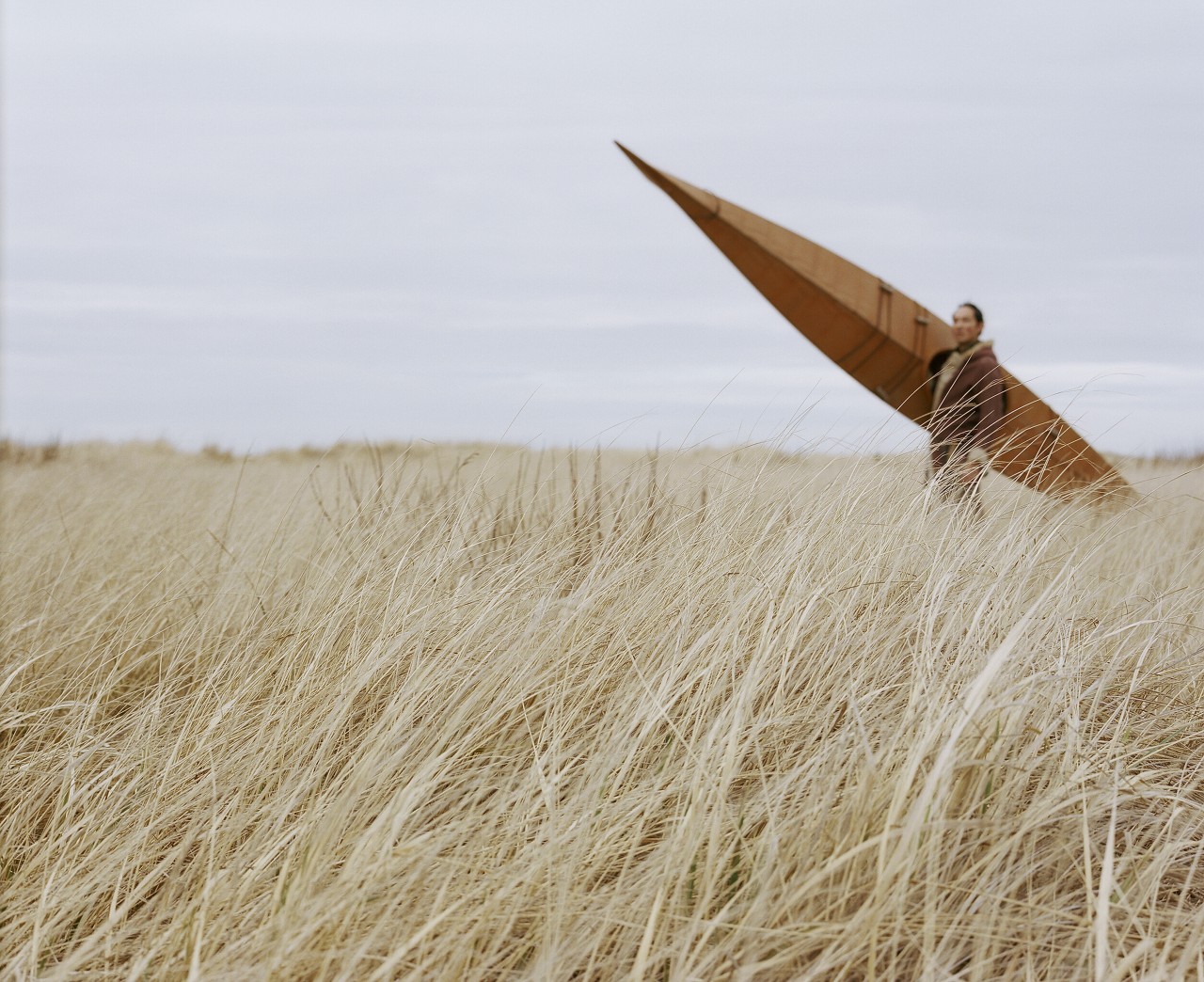 The workshop is open to paddlers at all levels, from novice to expert. Prior woodworking experience is not required—even the most advanced builders will come away with new knowledge, or an improved skill set.
If you are interested joining us in Scotland this September, please visit http://www.exploraexpeditions.com/traditional-kayak-building/ for course information and registration. There you will also find pictures from our previous workshops. You can also email Adriana on exploralondon@gmail.com