How about a super lightweight packable sea kayak? TRAK has launched a campain on Kickstarter to fund the TRAK 2.0 kayak. 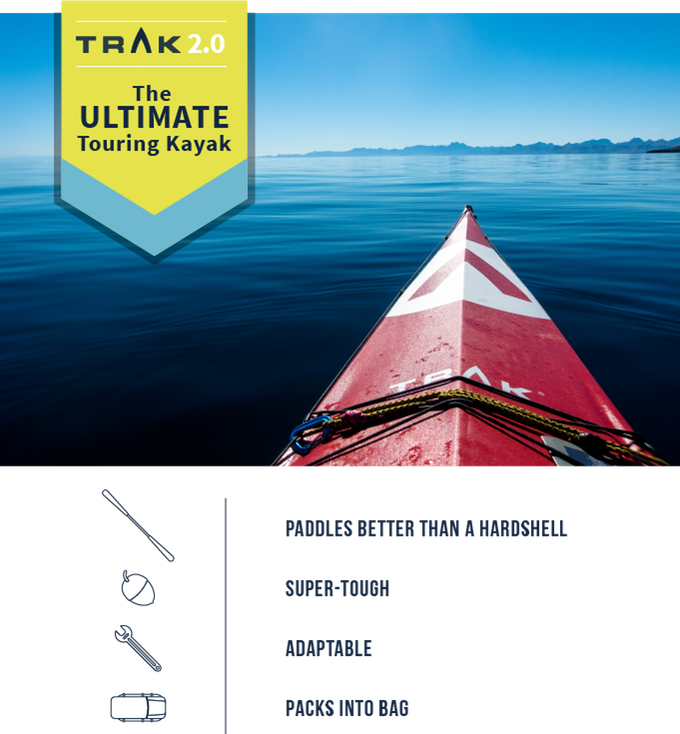 The TRAK 2.0 is billed as the Ultimate Touring Kayak.

Here is what they have to say.

The Ultimate Touring Kayak is a result of input from the global kayak community. Beginning with an intensive survey in 2015, TRAK received more than 1600 responses from paddlers the world over. TRAK learned what paddlers are looking for in a kayak and what they are hesitant to accept. They are hungry for something portable but skeptical of something fragile. They want something that is beautiful and of high quality but also seaworthy and robust.

TRAK then put the prototype to work with the testing grounds (well….actually water) around the globe:

And finally, TRAK compiled a team – The 20/20 Team lead by pro-paddler Jaime Sharp – to learn about the TRAK 2.0, critique the design, performance, and collaborate with TRAK to make the best performance portable kayak.

The result is THE Kayaker’s Kayak – portable, light-weight, high performing, and durable.