How To Paddle Through An Island

This is Umfin Island, which lives 3 km west of Gweedore, Donegal and is uninhabited except for a couple of thousand ground nesting sea birds. The short film shows Iain Miller paddling through a 300 metre sea cave tunnel which passes right through the middle of the island from the Atlantic to the Gweedore side. 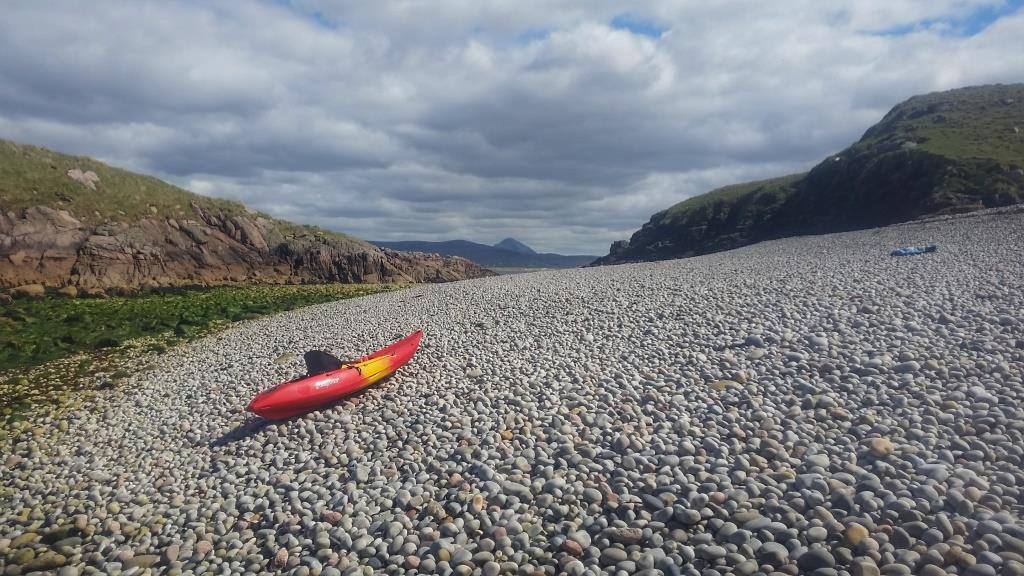 Umphin (Umfin or Iompainn) Island is a small uninhabited island living on the sea ward side of Inishmeane and just to the North of the much better known Gola Island. The island sits approximately 3 KM from mainland Donegal and is normally surrounded by mildly tetchy seas. Umphin is home to a ground nesting colony of several thousand sea birds and sees very few visitors of the human kind. 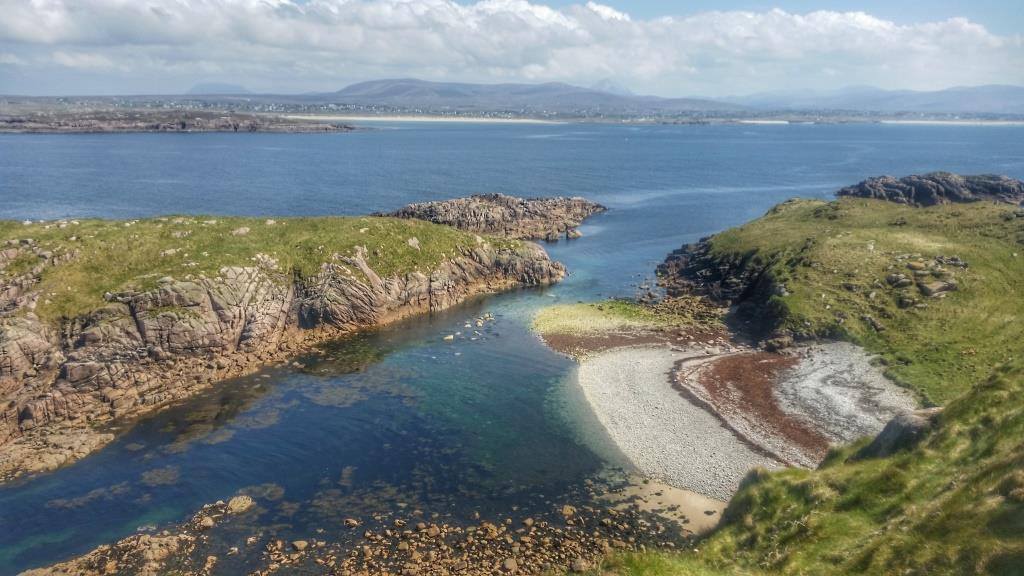 Access to the island is by boat or if you are feeling Olympic by swim. There is no regular ferry service to the islandand leisurely sea kayak paddle is an excellent way to approach and visit the island. On the landward (Donegal mainland) side of Umphin there is a perfect natural harbour and shelved landing beach between mainland Umphin and the outlaying Tornacolpagh Island. The channel between the islands provides a very shelter landing spot which at low tide allows you to walk between theisland as the sea retreats. The rest of the island’s coastline is very exposed to every ripple of oncoming sea motion from all directions south west through to north and is effectively guarded by sea cliffs for most of it’s circumference. 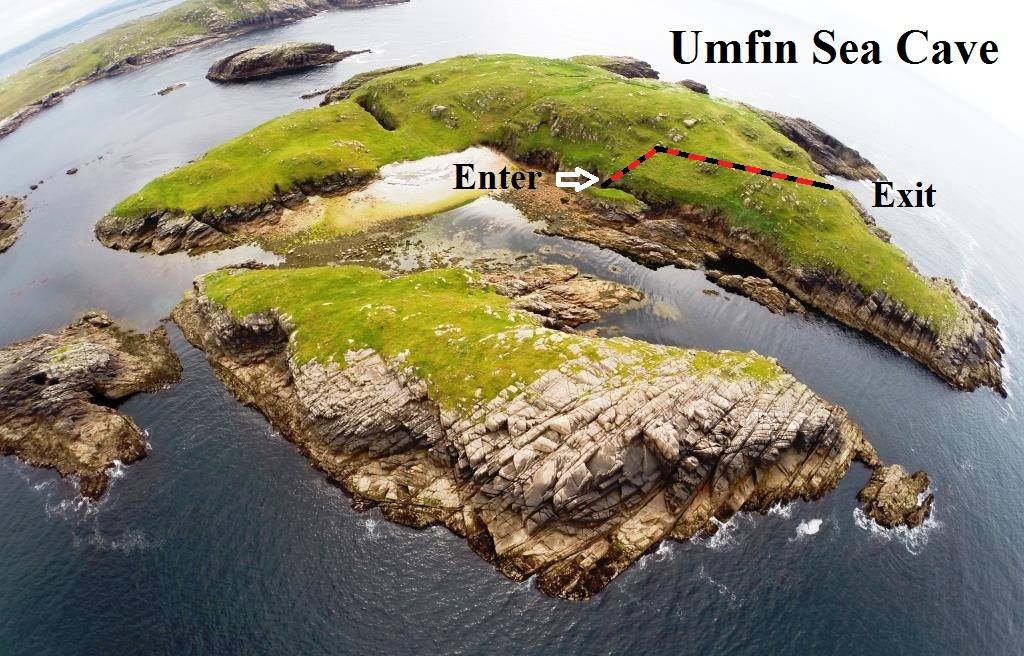 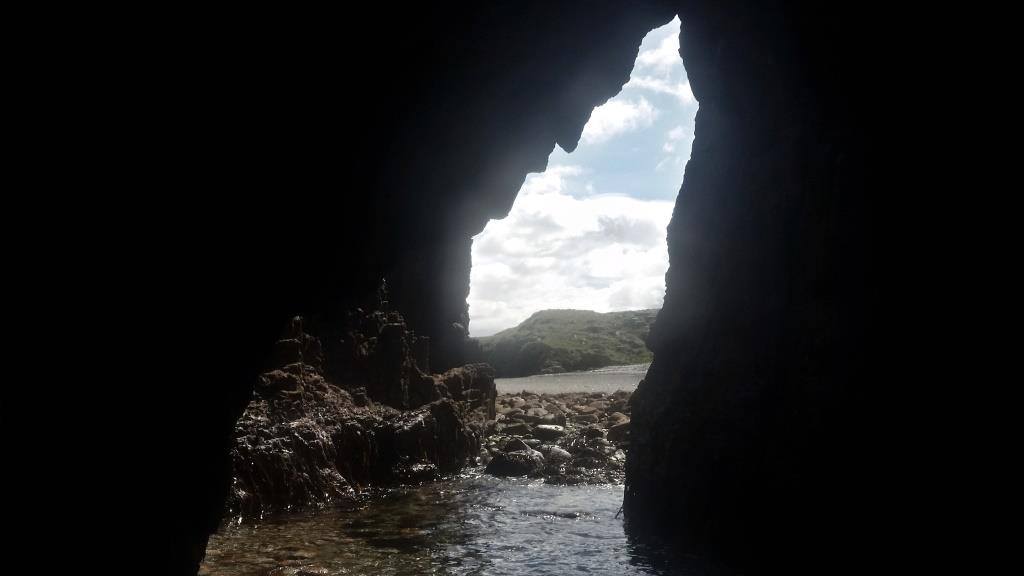 In the centre of the tunnel is a 30m section which is in complete darkness and is guarded at either end by a constriction or narrowing in the cave walls, these narrowings are very tidal.