Last year we had a custom carbon pole made by our friends over at Vertical Element Paddles. Essentially we wanted a light weight and adjustable camera boom that would work with the GoPro range of cameras. VE came up with the goods. 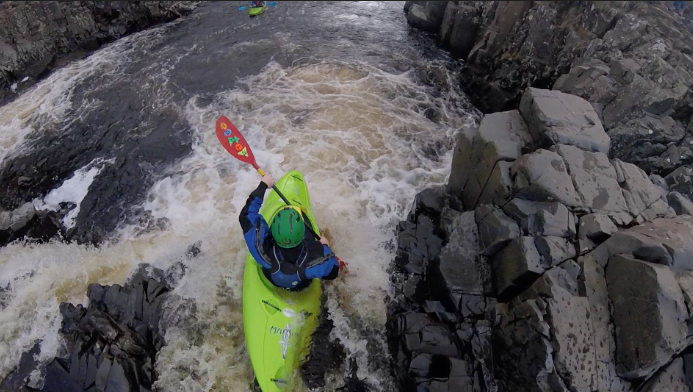 Last weekend we took the setup to Low Force on the river Tees to see what we could achieve.

The camera is attached to the pole using the GoPro Jaw clamp.

Up until now we have used the GoPro Hero 4 or 3+ range but decided on a change to the Session as it’s both smaller and lighter. As the whole system is currently hand held camera shake can be an issue. Less weight equals a more stable image.

The video is shoot at 1080p and is raw footage other than selecting clips the video has not been changed in anyway during post production.

We are still learning but I think this has got serious applications. The system could be improved with a device attached to the opposite end of the pole to view the footage from the camera live via the GoPro app. This will make getting everything lined up much more precise.