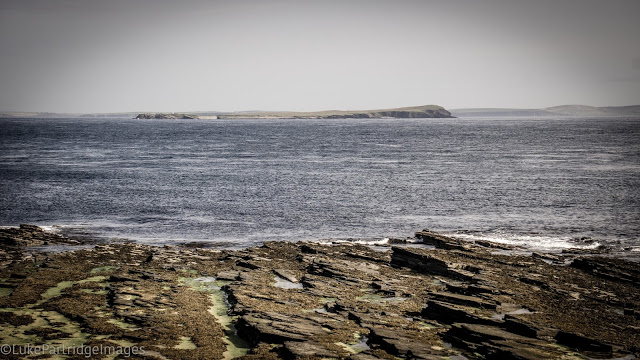 In the far north of Scotland there is a place where races and tides flow fast enough to wreck even the hardiest of vessels, once patrolled by marine going tribesmen with a prowess to rival even the invading Norse, who named the area “Petlandfjord” meaning the Fjord of the Picts. Also known in Gaelic as “An Caol Arcach” meaning the sea of Orcs the names have have been anglicised and this stretch of challenging and treacherous water has become known as the Pentland Firth. The area plays host to an incredible amount of wildlife, both year round natives, and visitors from further a field. Puffin, Gannet, Guillemot and Tern all come to nest, whilst the waters are patrolled by Seal, Dolphin, Basking shark and even Orca! 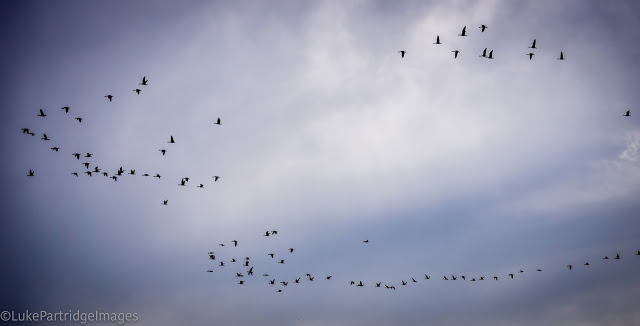 With tides that have been recorded to flow up to 14KN in places, for many sea kayakers (and indeed small craft sailors) the thought of crossing this stretch of water is fool hardy, but with the right conditions, and planning and preparation, this beautiful area of sea can become navigable even to us in our meagre craft. 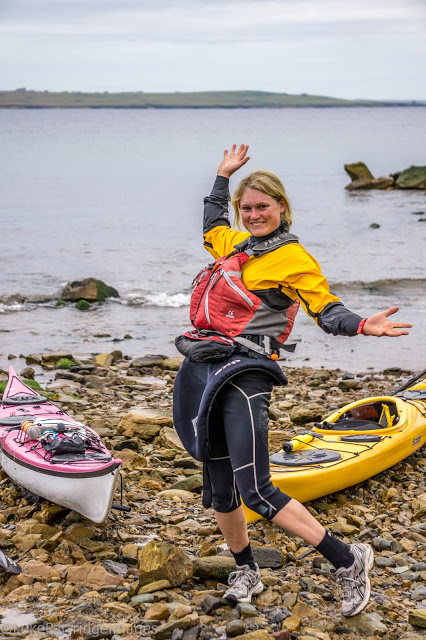 So there I was, sat in my tent reading a book whilst guiding the second of my back to back summer isles expeditions for Wilderness Scotland when surprisingly a message pinged up on my phone. I was a bit taken a back as I hadn’t even spotted I’d got Internet signal, and in such a remote place, I certainly wasn’t expecting it! it was Fiona Weatherall, currently on the instructor development scheme at Glenmore Lodge. Fi is an awesome paddler, and I’ve had the pleasure of kayaking with her a few times on whitewater over the last few months and am always impressed with her skill and ability. She’s definitely a role model for women in the sport and has kayaked around the whole south island of New Zealand with her partner James; an incredible achievement!

I had only two days of free time between my return trip from the summer isles and going to observe a three star sea kayak course at Glenmore Lodge in order to become a provider, but wanted to squeeze in some personal adventure time having not had much this summer, so I was psyched to get the suggestion of a big crossing from Fi. Initially Fi was suggesting paddling across the Mull of Kintyre to Ireland, but on a closer look the weather forecast didn’t quite work, with a southerly force 3-4 forecast. I made the suggestion of the crossing to the Orkneys instead, with the wind at least blowing us in the right direction! With the tides on neaps (smallest range therefore slowest flow) and a short window of high pressure forecast, the adventure looked good to go!

Returning from the summer isles I had a swift turn around of kit the following day before Fi came to my house that evening for some last minute checks on our tidal planning, followed by the drive north. 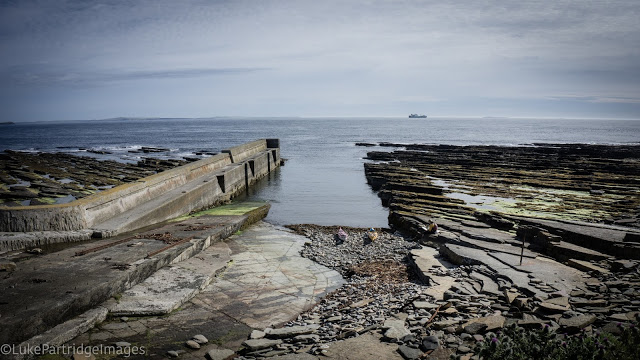 We opted to island hop across the firth, crossing at first to the island of Stroma (meaning island in the tidal flow), then on to Swona before the final stint to South Ronaldsay and hopefully our ferry back to the mainland. A huge tied race on the north end of Stroma lying just off shore of Swelkie point, nicknamed, “Svalga” or ” Swallower” by the Vikings due to the huge whirlpool that forms there, marked our first crux. (According to legend this whirlpool was formed by the sea witch grinding the salt to keep the sea salty!) Despite the neap tide, it was important that we hit this point at slack water, or just before, allowing us safe passage. So after a big ferry glide from the mainland to the island we stopped for a coffee at the slipway of the Geo of Netherton giving us a leg stretch and photo opportunity. Stroma, like many of the other islands in the firth, was once inhabited, but was eventually abandoned in 1997 when the last family remaining, the lighthouse keepers family, moved off the island. 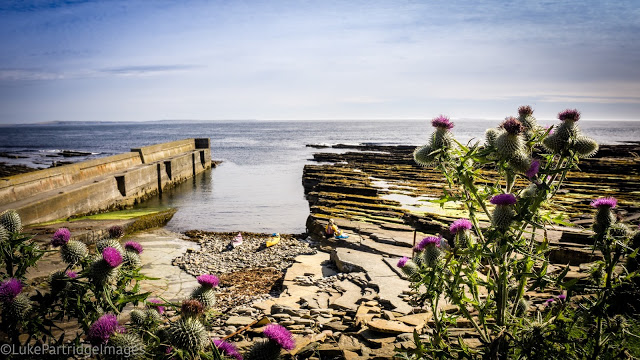 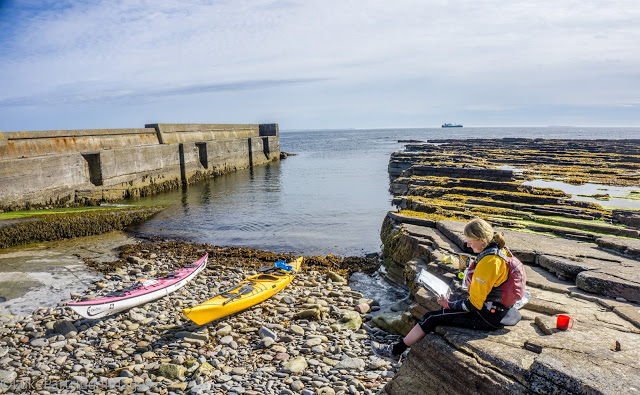 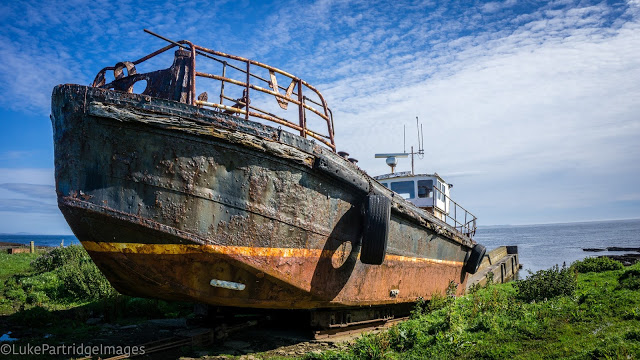 Looking across our next stretch to Swona we spied the large white caps of the tide race that guards the south end of the island. Our plan was to over shoot this and travel around the north end of the island to a small cove called the haven. Paddling around the corner from Netherton pier we found the Swelkie flat calm and a gentle sea crossing lay before us, the force 3-4 not really materialising.

We’d played it safe with our planning and ended up with some room to spare on our crossing, so far so good! 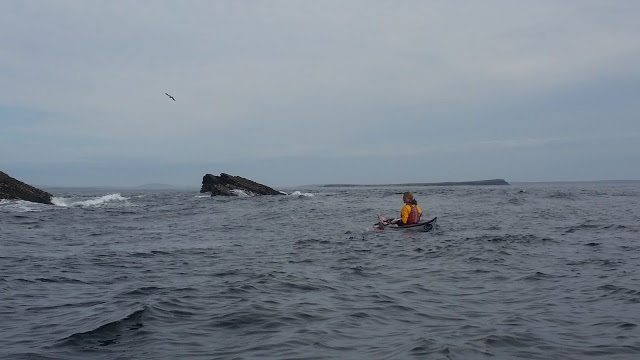 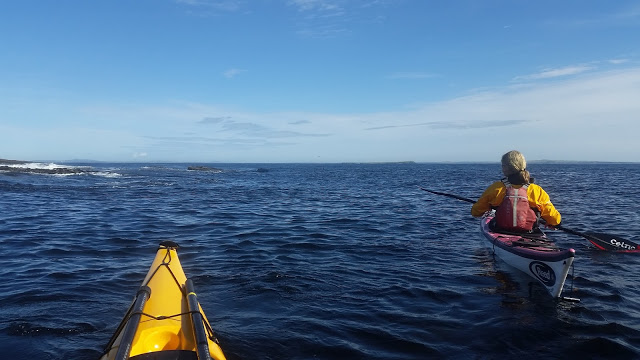 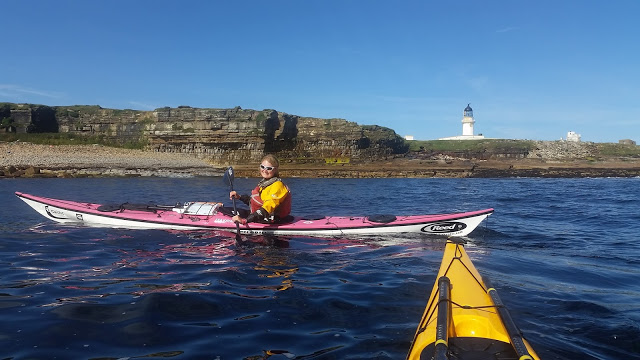 As we approached Swona the sea began to pick up, becoming lumpy and confused as the tide began to flow back in the opposite direction, whisking us toward the north end of Swona. It was great fun watching the land whizz past and we pulled into the eddy on the eastern side with grins spread across our faces.

The coastline of this area of Scotland is stunning, with big stacks, caves and arches to explore and spying a deep, yet incredibly narrow entrance to a passage I reversed my boat in. After a bit of playing we got out at the haven for yet more fresh coffee and a picnic lunch followed by an explore of the island, whilst we waited for the tides to change. 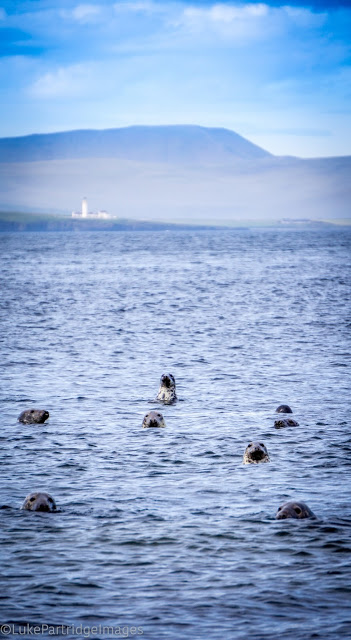 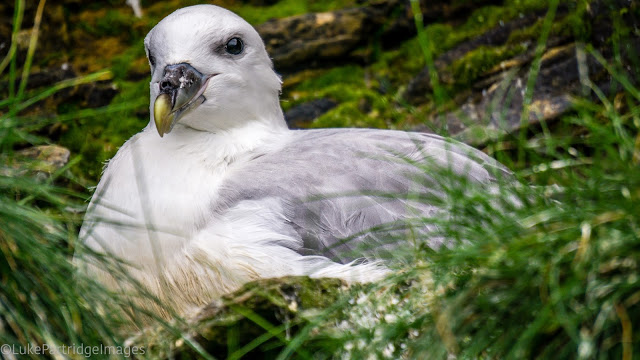 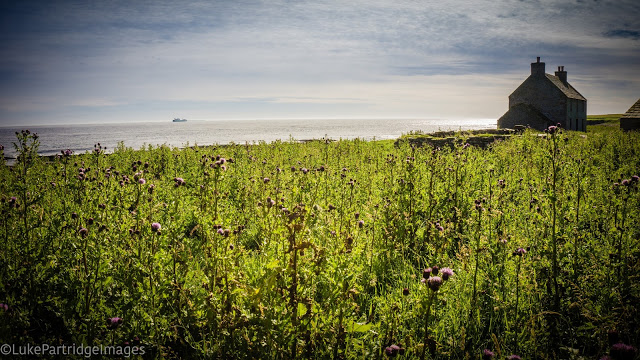 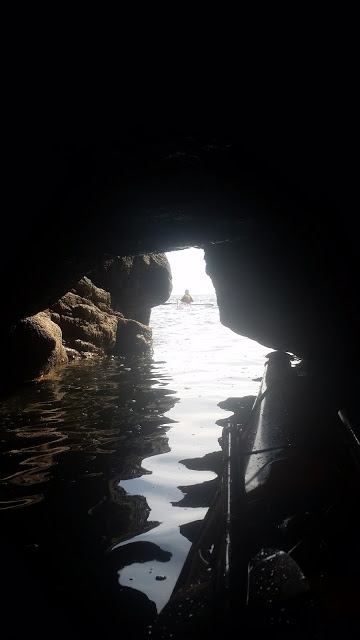 Returning to the area of buildings we were greeting by a chap who had ventured over in his powerful rib. We sat chatting about the history of the island with him and enjoying the sunshine for quite a while.

Swona, once inhabited by dozens, is now uninhabited, the final residents leaving in the early 1970’s. Unfortunately the last gentleman to leave the island suffered from a degenerative disease, and according to our new friend, was taken at short notice “on holiday” leaving almost all his possessions and even food in the cupboards, never to return. A while later, a ship was wrecked on the south end of the island in a storm that lasted for days. Luckily the crew were able to come ashore and find refuge in the houses, and eat the tins of food left in the cupboards!

Chatting away, we lost track of time and all of a sudden realised we had to leave otherwise miss our window to cross at slack water. Gearing up rapidly we paddled off and it wasn’t until about two kilometres offshore that I realised I had left my expensive Oakley sunglasses, and couldn’t return else risk being swept out to sea! Gutted!!! If anyone finds them I’d be VERY grateful of their return. 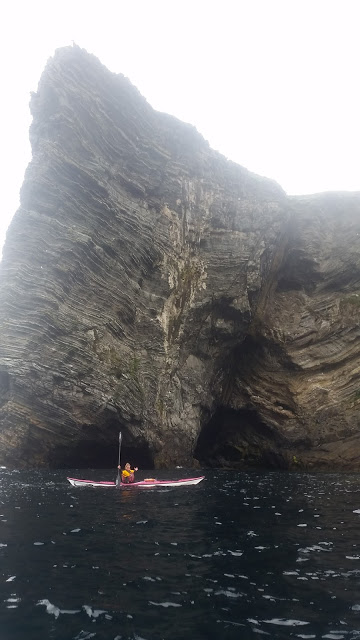 Again our timing payed off and the crossing was made easily to South Ronaldsay with just a little bit of tide to negotiate as we rounded the corner heading to the ferry stop. 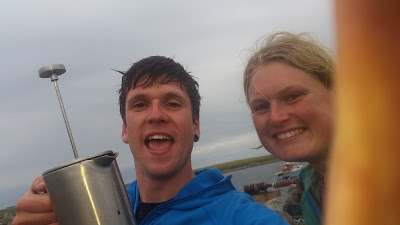 Unfortunately the ferry was just pulling away as we paddled in to the harbour, so whilst waiting for the next one, we brewed up yet another coffee! 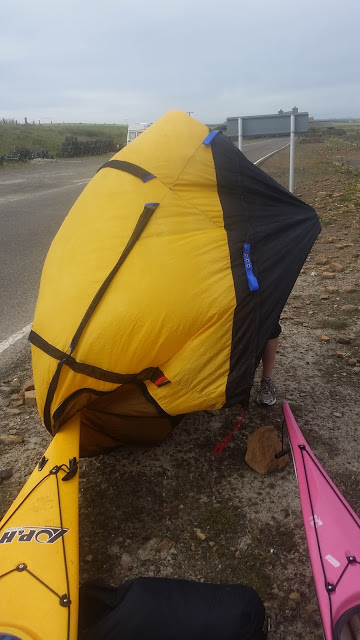 They have strange Jellyfish in these parts.

The ferry operators were really helpful and friendly and helped us load our boats on to the back deck. The crossing back on the ferry was a chance for us to survey our journey from a far and congratulate ourselves on our adventure. I couldn’t believe we had struck it so lucky with time, weather and the tides working in our favour! The Pentland Firth crossing is a highly sought after log book tick and folk can wait a long time for everything to come together, so I feel really lucky to have all the pieces fall in to place, especially at such short notice! 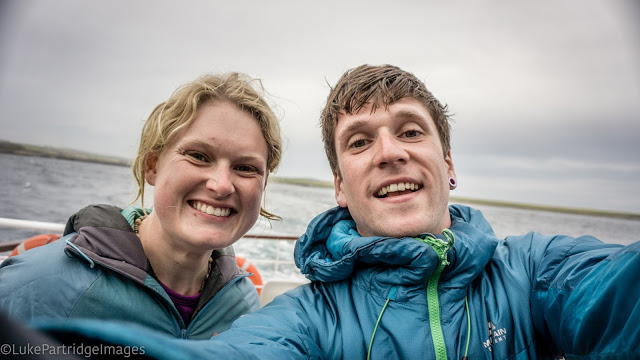 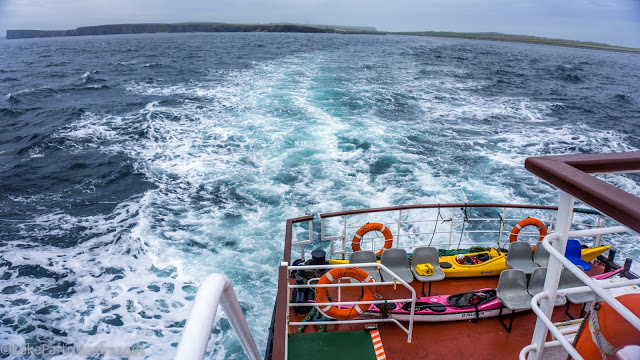