Spade kayaks have taken the Ace of Spades kayak shell and have developed three levels of outfitting as detailed below. 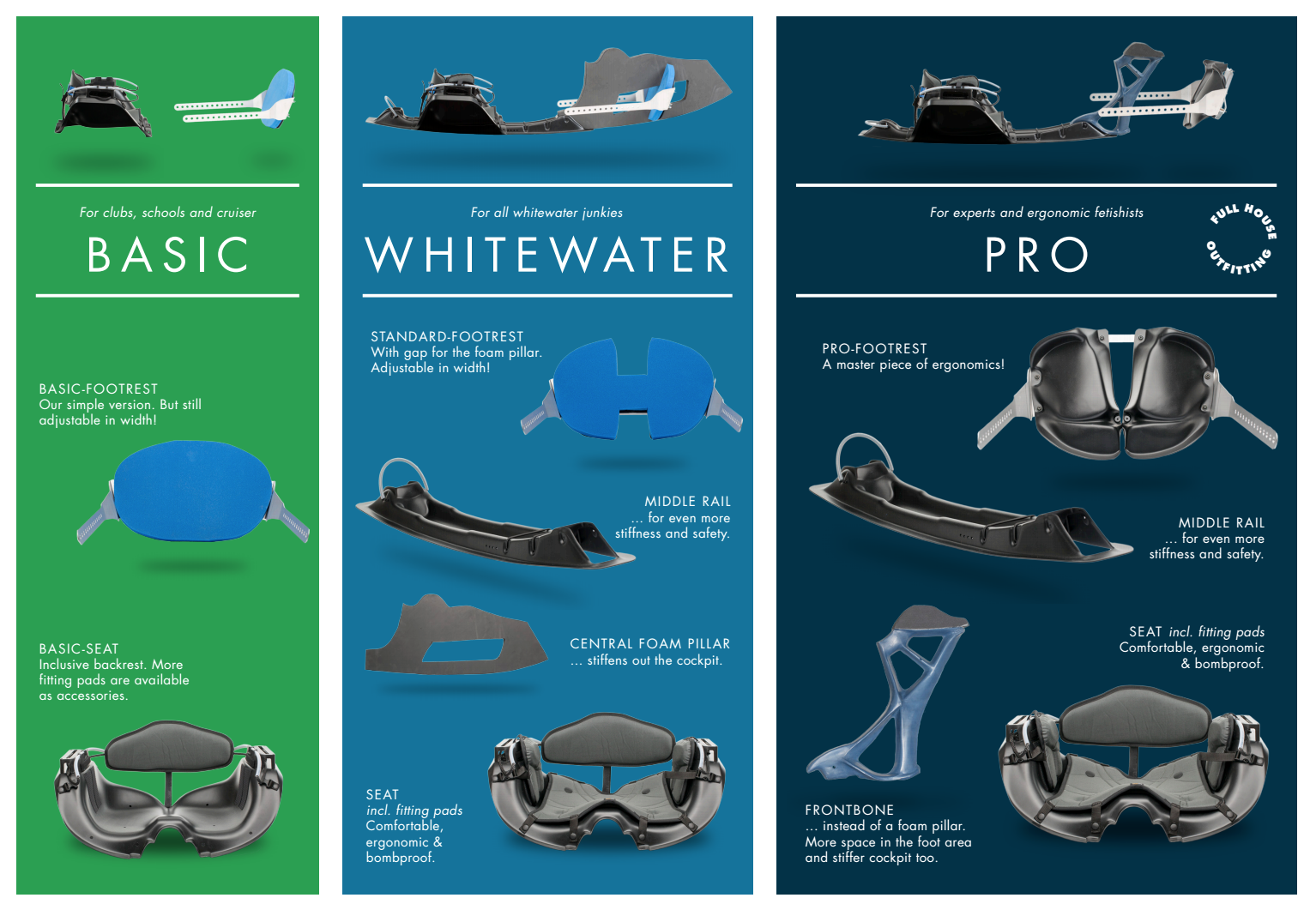 The shell in each of the three setups is the same. However for 2016 it has been made even lighter whilst still retaining its strength. 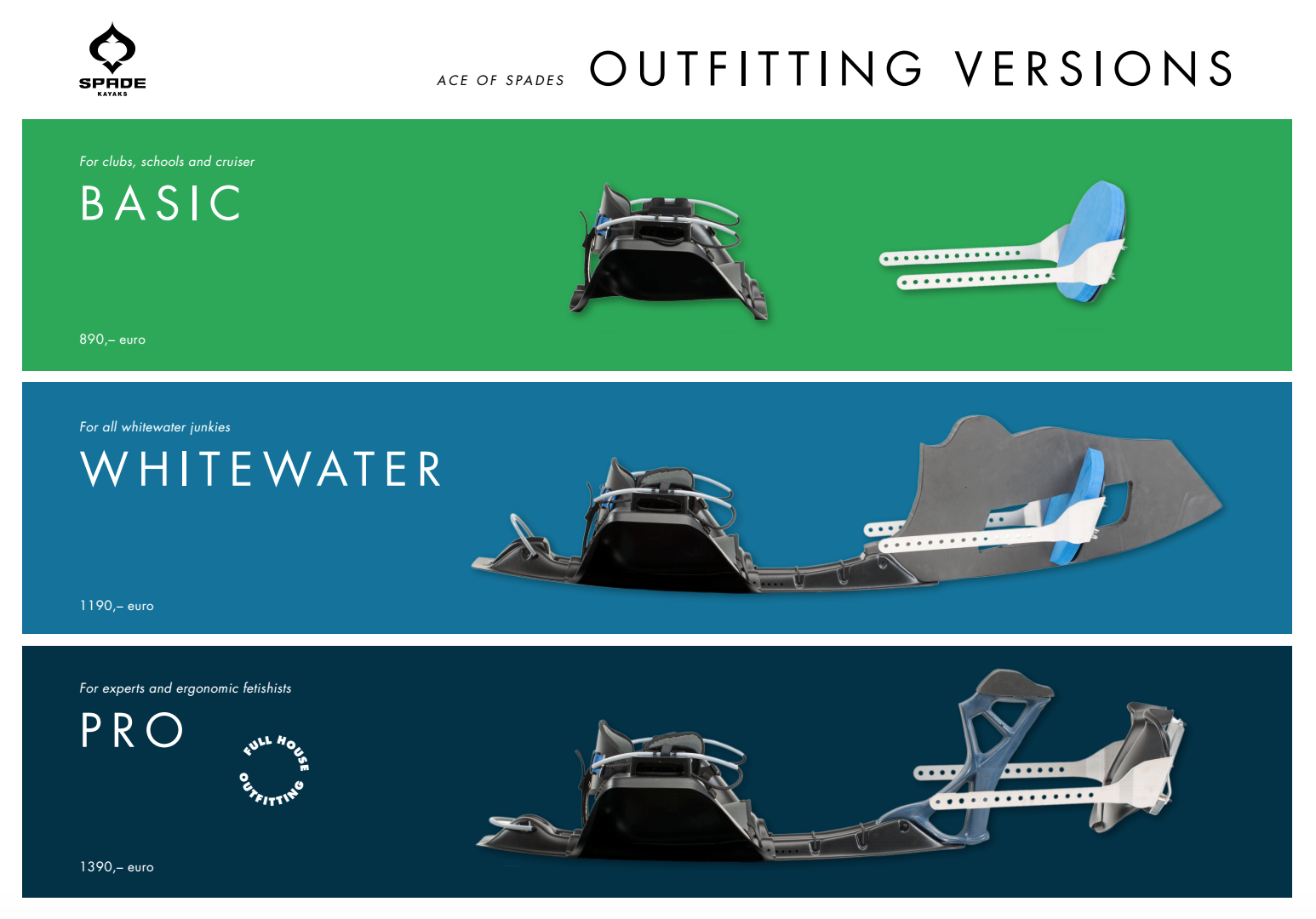 The Basic version has no central pillars, a standard foot rest (as found in an Eskimo kayak), and unpadded seat with adjustable backrest.

In addition to the Basic version the Whitewater spec includes a middle rail, central foam pillar and padded seat with hip pads. 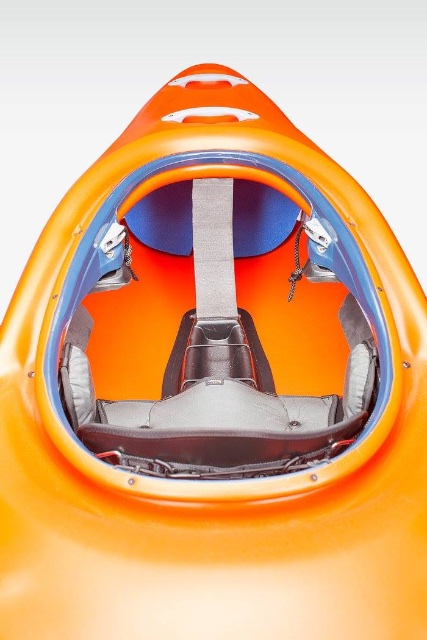 In addition to the Whitewater version the Pro spec includes the Pro footrest, and the plastic frontbone system.

It’s great to see a range of options available with the same shell.