Which Memory Card For The GoPro Hero6?

The GoPro Hero6 (GoPro Hero 6) is GoPro’s most powerful camera to date. It uses GoPro’s own chipset and they have upped the performance in 4k and 1080p settings. The big question for any new owner is which memory card for the GoPro Hero6 is best?

As cameras have become more capable the need for faster cards with greater capacity has become more important. Get it wrong and you could lose your footage.

This can be seen on cards as a number within a circle. Simply forget about cards that are not Class 10. They won’t be up to the job.

U3 is the newest standard and is a response to ensure that consumers can easily identify those cards with the highest transfer rates suitable for 4K/2K filming. If your card is not U3 this doesn’t necessarily mean that it is not up to the job. It may simply not be labeled with the new U3 symbol. Check the transfer rates – this is the key. The GoPro Hero6 requires U3 cards for best performance.

The Speed Class is important for video mode or camcorders, as when recording video the device is actually saving a steady stream of data. This is exactly what you are expecting a GoPro camera to do whilst filming video at high resolutions. GoPro recommend SDHC cards with a class 10/U3 rating for the Hero4, Hero Session, Hero5 Black, Hero5 Session and the new Hero6. A Class 10 SD card (U3) is the best choice regardless of what you are using it for. Always get the fastest card you can.

The difficulty comes when you start looking at Speed Class and card storage size. The higher the speed class the higher the price, the higher the card capacity the higher the price. Over the last few months I have swapped out pretty much all of my cards for the newest Lexar 1000x U3 series. All are more than capable of coping with all the recording options available on the GoPro.

Some of the older GoPro cameras are limited in the size of card they can handle. The Hero5, Hero5 Session, Hero 4 Black and the Hero Session can accept cards up to 128GB in capacity. The GoPro Hero6 can handle a card upto 256GB. Others are limited to 64GB or in the case of the Hero (2014) 32GB. As with all things like this if you are purchasing a new card for your GoPro try and get the largest capacity that will work with your camera. 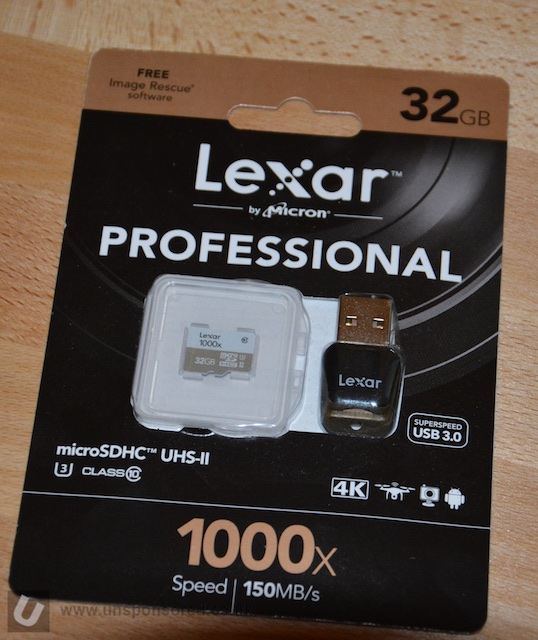 GoPro retail both Lexar 1000x and Sandisk Extreme Micro SD memory cards. Lexar cards have been a firm favourite at Unsponsored HQ for years. Unfortunately Lexar are getting out of the memory business. There are still a few places to get hold of them.

For the last few weeks I have been using a 128GB Samsung Evo Select Micro SDXC card with success. It’s a U3 specification 100MB/s card so is more than up to the task.

There are a great deal of fake SD cards in circulation therefore it is important that your memory card for the GoPro Hero6 comes from a reputable supplier.

Once you get into taking video you’ll soon build up a collection of memory cards. These things are so easy to misplace or lose. After losing a few last year I use Peli SD Card storage case. It can handle both SD and Micro SD cards at the same time, and although not fully waterproof it is water resistant and keeps the dirt/grime out.

What else should you consider?

I have a fair bit of GoPro kit and to maximise its use I also have a range of must have accessories.