Today has been a big day in the POV camera world with both GoPro and Nikon announcing new cameras. GoPro have updated the Session (and the price as well – £179.99) and have released the new Hero 5 and Session 5. 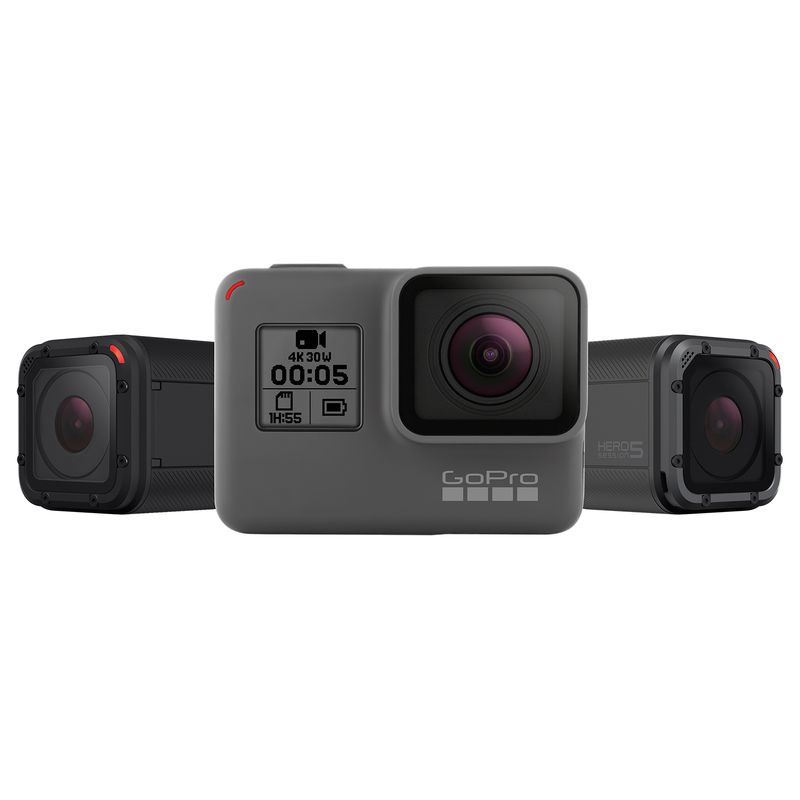 The Hero 5 Session takes on the same form factor as the Hero 4 Session but has greater video and still image abilities. It will retail at £249.99 in the UK.

We love the Hero 4 Session at Unsponsored HQ dues to its size and easy of use. If we take a camera out it tends to be the Session.

It has hands free control using voice commands, which may be useful when mounted on longer boats where reach is an issue. The big thing is it shoots in 4K and can take 10MP images. It also wraps some image stabilisation in there as well which is missing from the Hero 4 Session.

The Hero 5 (£349.99) has a similar form factor to the previous range of cuboid cameras but ditches the waterproof housing as it’s waterproof without (10m), it has a simple one button control and has the same voice command system as the Session 5. The Hero 5 utilises a frame just like the Session and Session 5 in order to fasten it to GoPro’s range of accessories. If you did want a housing there will be a “Super Suit” available which is a waterproof housing that will be happy down to 60m. However it’s not a simple case of putting the camera in the housing. The Hero 5 must have its lens cover removed before it is placed in the housing.

It also has an inbuilt GPS for location capture, a touch LCD colour display and the ability to shoot in RAW for those who like to mess around (improve) images back at home. The Hero 5 also comes with a removable battery so additional ones can be purchased. From the look of the available images and specification these batteries are not the same as the Hero 4.

Both the Session and the Hero 5 come equipped with USB-C ports but still use a micro SD card.

Both will be available to the general public on the 2nd of October 2016.

We have both of these on there way for review.

GoPro always release a number of accessories at the same time as new cameras. The big one this time is Remo. Remo is a waterproof voice-activated remote for the two new cameras. It can be clipped to your clothes or strap it to your wrist or gear. Remo enhances the voice control of your HERO5 camera in windy and noisy environments. It can also be used as a one-button remote from up to 33ft (10m) away.