From Skirt To Covert – Going Deckless In An OC1

Before 2014, I’d only seen a Pyranha Spanish Fly and a Big Dog OC1 on the rivers around Scotland. They looked weird and I didn’t like the idea of swamping and kneeling when I could have a comfy kayak seat and a spraydeck. After stumbling across a group of OC1ers in Glen Etive one New Year’s Eve, I really had my eyes opened to the C-boat world, albeit a rather mad one! After enjoying open canoeing for the past few years and becoming impartial to the single blade, I’ve recently decided to take the plunge with a Silverbirch Covert 9.3. 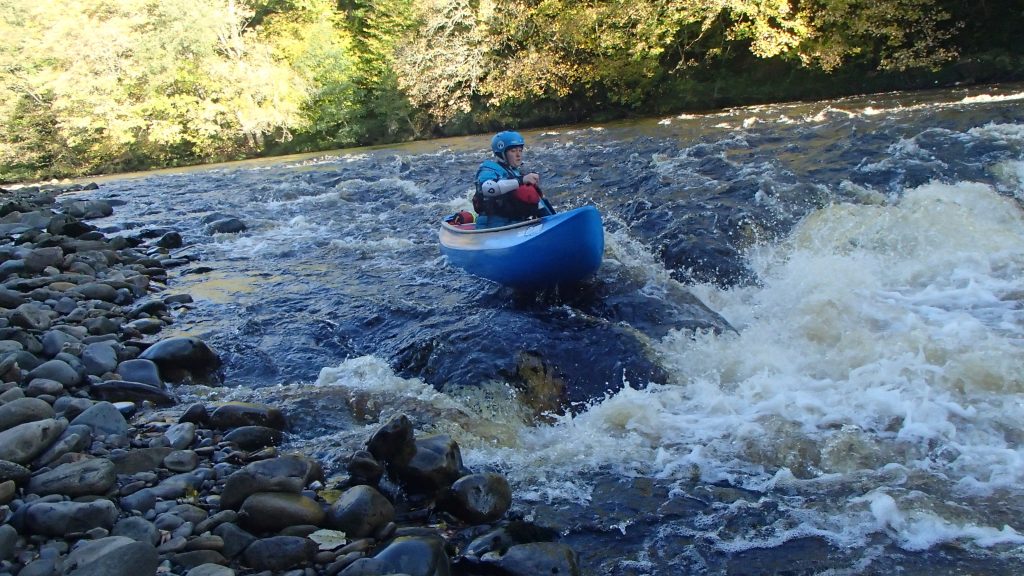 This is what I think of it so far…

It gets called “the tub” and “the bug boat” but the Covert 9.3 is proving itself to be a finely tuned, forgiving and boofy speed machine. Despite looking like a hunk of heavy plastic, the deck is beautifully finished with ash gunnels and thwarts, adding style to functionality. The level of confidence this boat gives you is surprising, having “survived” paddling experiences in a converted Dagger Atom and an old Dagger Detonator, the Covert makes you feel well looked after.

The Covert is just over 9-foot but UK based Silverbirch also make a larger 10-foot OC1 with tandem capability and are releasing an 11-foot “Rebel” soon. Also made in the UK are the Hou Canoes Dropzone OC1s which look bomber on harder white water. Pyranha/Venture import a variety of L’Esquif boats from the USA where there is a thriving OC1 community.

If you’re considering a leap into OC1, demo first to see which boat is right for you. When you get on the water, start easy and build up slowly. Get good at choosing dry lines as bailing stops can become a chore after a while! You will need a good paddle with an appropriate length for the high kneeling position and some large airbags (48”-60”) to fit your boat. Getting quality airbags is soon going to be a lot easier when Fall Line Canoes’ bags and covers come to the UK courtesy of BPM Whitewater. They not only manufacture airbags but can custom make covers to protect them to save on expensive replacements.
Watch this space!