Another old school classic hot on the heels of Operation Zulu. With the permission of Corran Addison I have converted it to MP4 and put it online.

Corran Addison, Nico Chasing, Steve Fisher and Dan Campbell take starring roles in this short but action packed video that is watchable time and time again. The editing is quite jumpy, fast – sort of MTV style, but the boating is good. 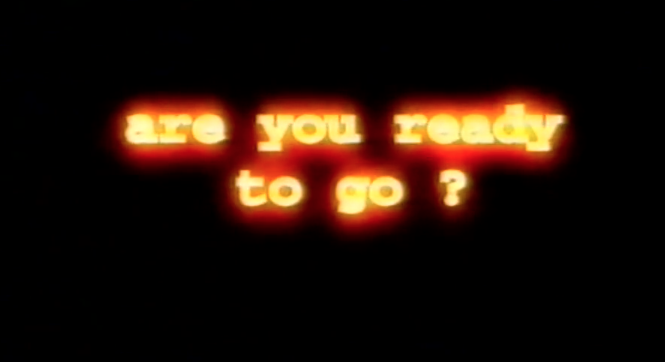 END_OF_DOCUMENT_TOKEN_TO_BE_REPLACED

Without doubt the video of the 1990’s, Operation Zulu brought Corran and the rest of the Riot Kayak squad to our screens. Until now only available on VHS if you could find it. Thankfully with a bit of help I have sourced an original VHS copy and with the permission of Corran Addison have converted it to MP4 and put it online.

30-40 minutes of big water, aerials move, cartwheels, splitwheels, freewheels. At the time they were the most radical moves out there. The editing is slick and the soundtrack includes Real Big Fish, and The Bloodhound Gang. Old school boats are plenty – Savage Fury, Hammer, Glide (protos), 007… See what the pros can do.

END_OF_DOCUMENT_TOKEN_TO_BE_REPLACED

The Lost Valley of the Merced – Episode 3 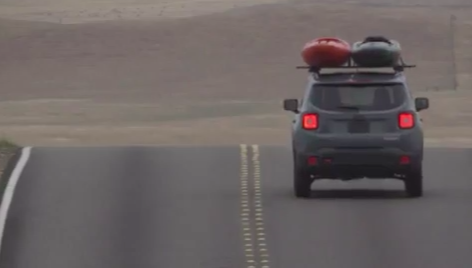 Steve Fisher takes on the Toxaway River, which is like a one-day version of the Merced in Yosemite. A few trees and bumps in the rapids up the ante on this fast-paced run.

END_OF_DOCUMENT_TOKEN_TO_BE_REPLACED

Steve Fisher and Pat Keller continue their journey down the Merced River in the Yosemite National Park. 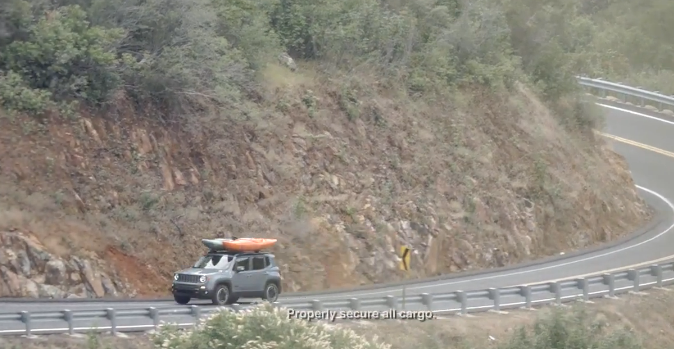 END_OF_DOCUMENT_TOKEN_TO_BE_REPLACED

The Lost Valley of the Merced 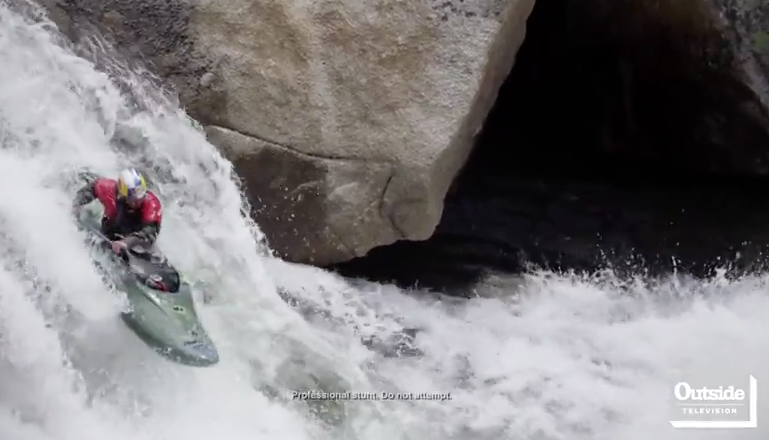 Episode one from Outside TV gives a pretty good feel of what is to come. I am not convinced about the “Professional Stunt. Do Not Attempt” warnings through this edit.

END_OF_DOCUMENT_TOKEN_TO_BE_REPLACED 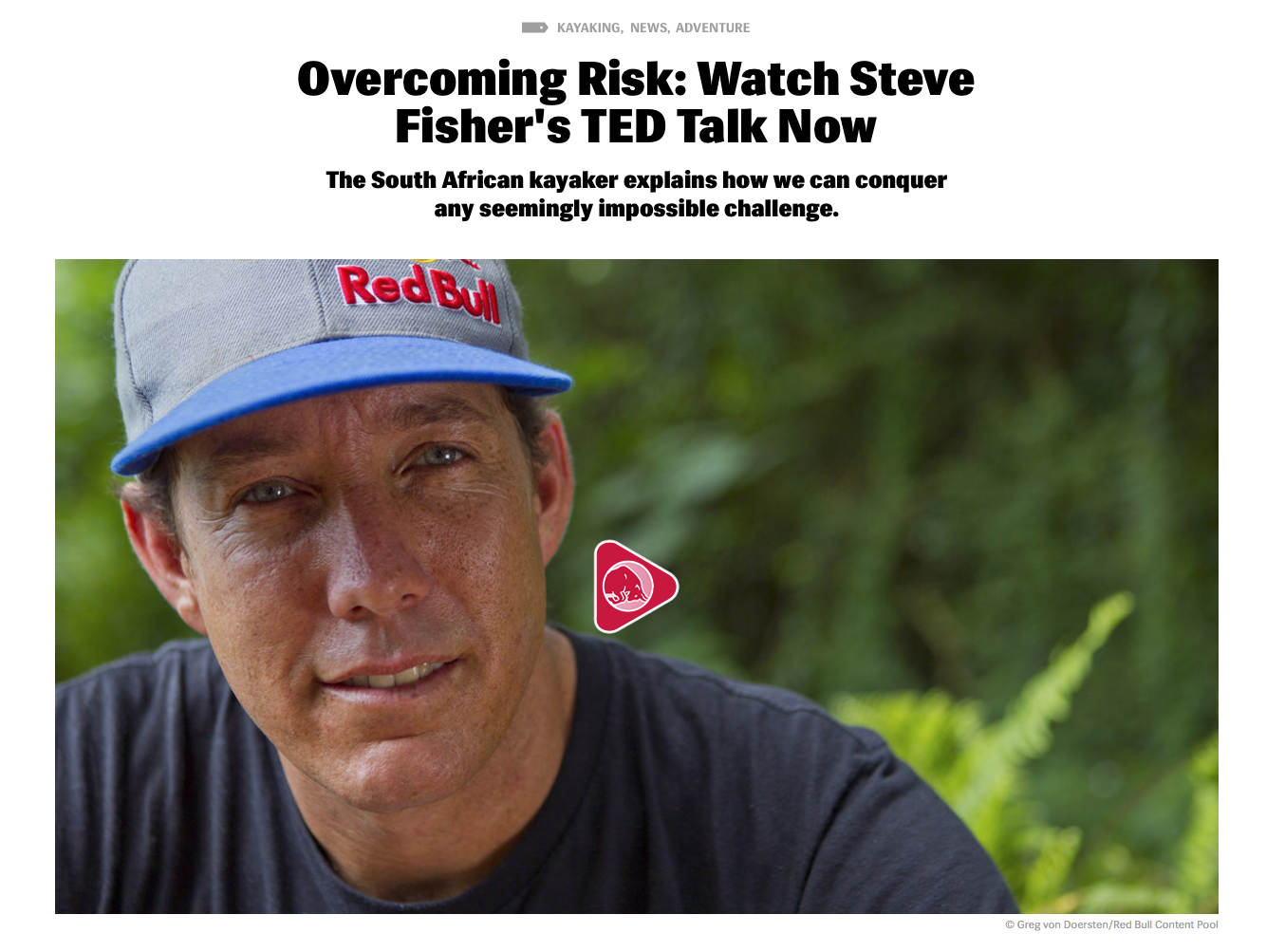 World-class athlete Steve Fisher has taken on some of the most ambitious projects imaginable, including an expedition through the Congo River’s Inga rapids, the world’s biggest rapids. He faced an entirely different challenge recently: accepting an invite to speak at the TEDx Athens event in Greece.

In search of fresh whitewater the Fisher family and friends holiday to Iceland and Norway. Showing their journey through challenging terrain and inspiring white water.

“Sometimes you just have to buck up and huck it.”

I have waited a couple of weeks and have watched the movies a couple of times before I committed my thoughts about it to the site.

Congo – The Grand Inga Project is probably one of the most eagerly awaited kayak movies to date. In addition it’s a departure from the now usual big drop after big drop movie. If you are expecting Steve Fisher, Ben Marr, Rush Sturges and Tyler Brandt to be dropping off progressively higher falls for 80 minutes then you will be disappointed. However if you want to watch some of the worlds best paddlers take on the largest and pushiest water in the world then the Grand Inga Project is for you. It is different, which is a huge plus.

Check out the trailer…

INGA: They are the world’s biggest rapids, 1.6 million cubic feet of water per second, thundering down the final pitch of the mighty Congo River. They are twice as steep and 100 times the average volume of those found on the Colorado River in the Grand Canyon. Explorers have tried to conquer these rapids for generations, but none have succeeded. “It would be insanity in a successor,” wrote famed explorer Henry Morton Stanley in 1877, after his right-hand man drowned. “There’s nothing shameful in portaging,” declared Col. John Blashford-Snell during his multinational team’s highly publicized attempt in 1974. And popular French TV Adventurer Philippe De Dieuleveult never had the chance to comment, as the entire team who attempted the rapids with him, mysteriously vanished in 1985. The Inga rapids have remained the “the choking stone of navigation” up or down the Congo River for centuries!

Congo – The Grand Inga Project covers the history of the rapid, the work undertaken to prepare for such a mammoth task and ultimately shows the attempt at running the rapid itself. The size of the rapids and the amount of water involved is absolutely amazing. END_OF_DOCUMENT_TOKEN_TO_BE_REPLACED

The size of the water in this clip is amazing!