Canoe or kayak sledging is a winter sport first developed in the UK in 1822. From its humble beginnings a number of small clubs developed and have maintained this traditional sport. 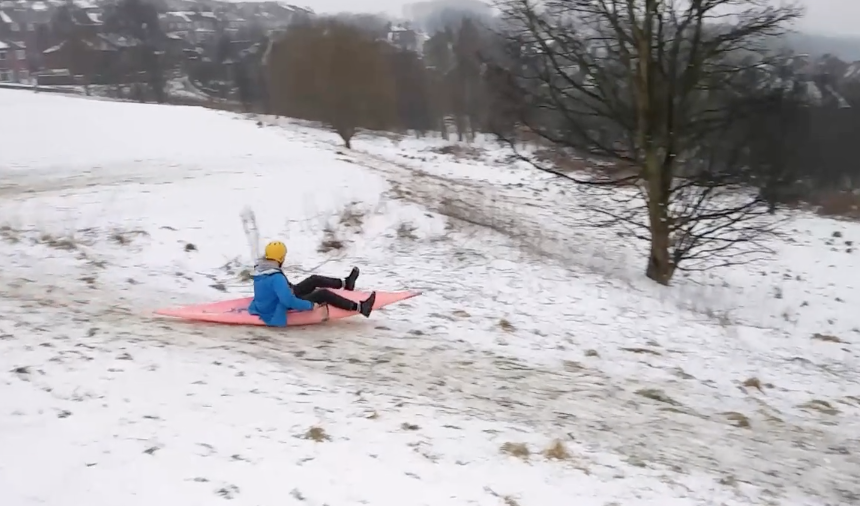 During the mid 1980s there was a number of issues with some clubs waxing the plastic hulls of their kayaks prior to competition runs. Several clubs were banned from both regional and national competitions which in turn led to what was almost a complete demise of the sport. Thankfully the use of wax and other additives was banned in 1986 although the sport never truly recovered from the scandal.

A small number of fool hardy individuals have kept the sport going with the hope that one day the national league would be reborn. Unfortunately kayak sledging has not been approved for inclusion in the winter olympics (yet).

The video below shows Sheffield University competing in the duo and squirt kayak sledging classes. They have also developed the sport further and now include obstacles on the course, this one being Class IV.

If you have a team please let us know in the comments section below.