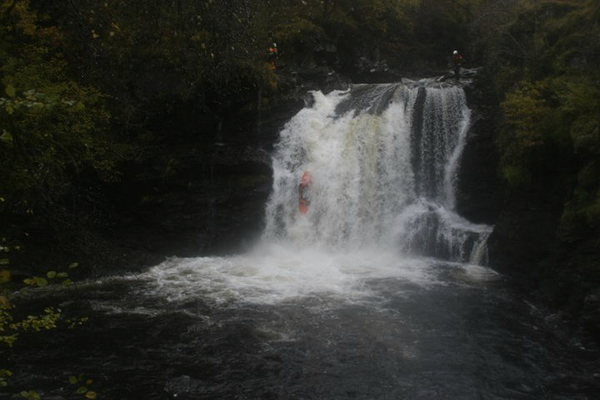 The Falloch is without doubt worthy of inclusion here; it would probably make my top 3! I first ran this river in 2008 with a group of about 8, experienced kayakers some of whom knew the river well. On the way to Scotland I shared a van with Phil Higgins and Simon Jackson. I was asking Phil about the river as it was (looking at the levels) pretty much a certain for the next morning. He proceeded to spend about 30 minutes explaining how he knows someone different who has swam on every drop on the river. This, knowing Phil’s experience and the ability he shares with his paddling friends made me concerned at best. We awoke in the morning after sleeping in the van, hearing the roar of the falls throughout the night to find that levels had dropped from high on arrival the previous evening to a low-medium and perfect for a first run down. The river starts with a bang! The 30 foot Falls of Falloch. 

 
We headed off downstream paddling class 3 until the Seven Dwarfs – the crux rapids of the river. Seven continuous rapids over about 1km each were bringing their own challenge. We scouted river left and ran the rapids one by one stopping in the pool before the ‘Black Hole’ rapid.
 
  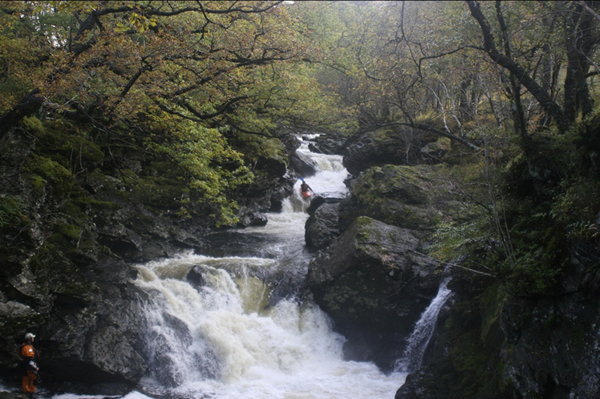 The next Dwarf – the Black Hole – a tight slot with a nasty hydraulic guarding a constricted exit. 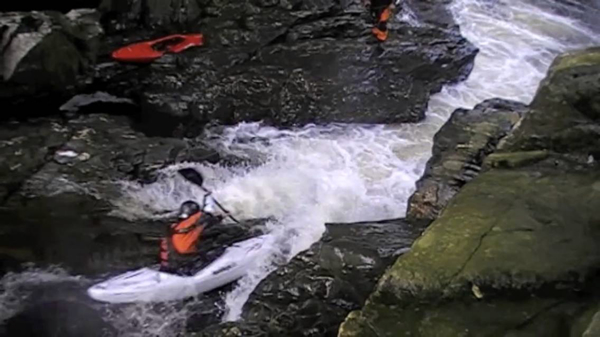  Care should be taken at all stages of this run – be sure not to take any of the drops for granted – if in doubt – boof! The Black Hole is notorious – very experienced paddlers can end, and have ended up swimming here. A couple more rapids lead to twist and shout a twisting tight right-hand bend off a slide/fall into a grabby hole. 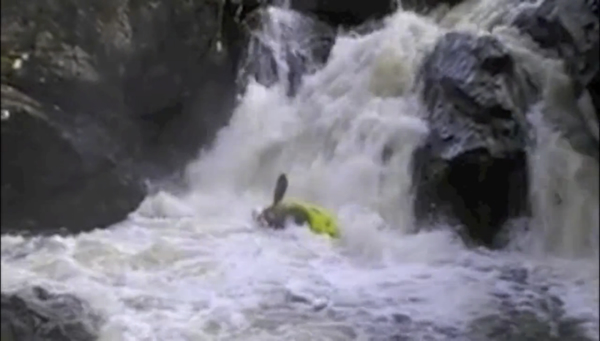  Photo: Bill Anderson – fights his way out the hole, haven’t heard of many do this!

The main points of interest (and caution) on the Falloch:

The Seven Dwarfs – This can be inspected downstream of the falls from the A82 road bridge where the road crosses the river.

If the Seven Dwarfs appear to be running too high, you might consider limiting your run to the upper section before finishing off at the falls. Put-in for the upper section is beside a large lay-by/stopping space about 5km up from the falls close to the railway-line.