Accessories For The GoPro Hero 4 Session

I’ve been looking at the range of GoPro accessories I currently have and have been using successfully with the GoPro Hero 4 Session. I have been using the GoPro range since the Hero 2 so there has been fair bit of trial and error over the years but I think that I have narrowed things down to kit that works and is actually worth getting and for the Session it has been narrowed down even further. 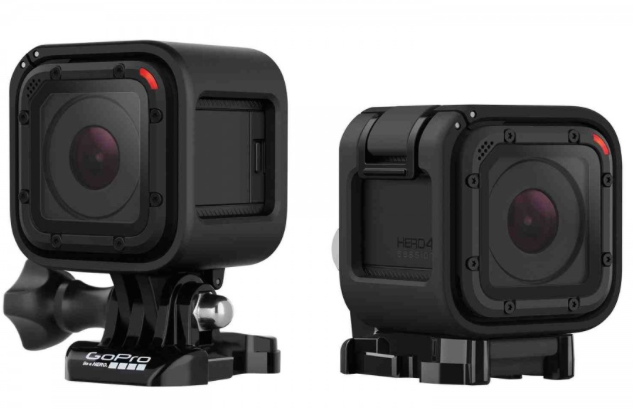 Now to be fair there isn’t a great of GoPro issue gear that only works with the Session as its battery is fixed, it doesn’t need a case etc. Most accessories will work with the entire GoPro range.

Out of all the accessories for the GoPro Hero 4 Session I have tried these are the ones that are consistently in use and haven’t found themselves left in a dark cupboard.

The Mount Star QR Mount is multi functional, but has limited availability. They are precision made in the UK from aircraft grade aluminium. Beware of cheaper knock-offs.

MYOG custom grip. Super easy to make if you have the kit hanging around. Mine has lasted a couple of years before breaking when someone backed the car over it. Thankfully a camera wasn’t attached. GoPole have the hand grenade grip and GoPro themselves have brought out their own version – The Handler. The Handler is GoPro’s new handheld mount. It floats, it’s light weight and great to use.The Handler will also float with a GoPro (and LCD Bacpac or Battery Bacpac attached).

DIY Leash system – I never use a GoPro without a leash, even when on my bike. I use 2mm – 3mm dyneema cord and a small s-biner. Both types of Session frame come with points that a leash can be attached to.

If you don’t want to carry around your mobile phone and use the GoPro app then the Smart Remote is a must. Lightweight and can even connect to multiple GoPros at once. It will also allow you to use some of the photo taking functions that the Session menu won’t let you get to, e.g. burst mode. The unit is fully waterproof but needs to be charged via USB.

Gorillapod – combine a Gorillapod with a Mount Star mount and you get a really versatile setup. Joby have recently released a range of Action products designed to be used with a range of cameras including the GoPro. I have one of the new tripods in and it is a really nice bit of kit. A little more bulky than the original but super stable.

A GoPro chest harness is not something I rushed out to buy. In fact I had a camera for a couple of years before getting one. It has been a great decision to finally get one. It offers a few other possibilities for mount the camera and getting different shots. If you are using a GoPro for Mountain biking for example the GoPro chest harness does a really great job at minimising camera vibration.

The most vulnerable part of the Session is the lens. If you throw your camera into your bag full of other kit then a cover is a must. I ordered a cheap one and it does the job just fine. Getting a dirty big scratch across the front of the lens or cover will ruin your chances of getting some good shots.

The new GoPro frame mount (inc lens protector) is great if using the camera off the water and you want to maximise the effectiveness of the built in microphone. This newer version allows the camera and bacpacs to to installed and removed from the mount without having to break it apart from the QR mount.

A few really good SD cards are a must – see my thoughts on suitable cards here.

GoPro’s own battery for the Hero 4 editions actually seems to be the best so far.

Suction cup mount – this mount, although not essential allows you to mount your GoPro in places that you wouldn’t really want to use an adhesive mount. The GoPro is great but I think the Joby one is even better.

GoPro Handlebar Seatpost Mount – the OEM GoPro mount can be found for around £20. I use one for attaching my GoPro to more than just handlebars.

I have bought one of the floats that GoPro have brought out for the Session but after fitting it I decided that it would be used. It is pretty big and defeats the object of having a small camera as it bulks it right back.