The concept is that when rolling, riverrunning, or playboating (cartwheels, stern squirts, etc.) The upper body leads and rotates the lower at the hips. 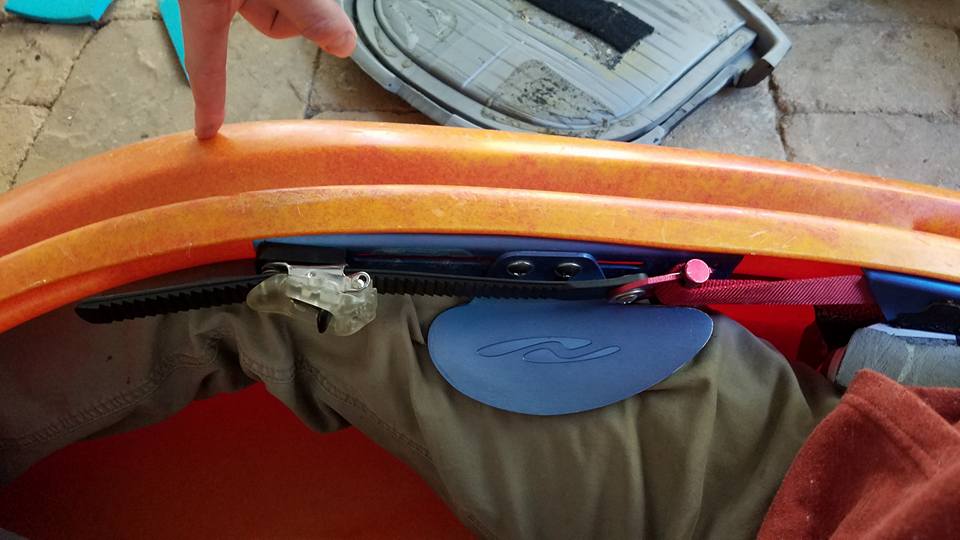 Like a whip, the the closest point to the transfer of power moves first. In this case our hips move first after the upper body “whips” and so on down the line to our feet.

Thus it would make since that the closer our thighhooks are to our hips, (within reason) the sooner they are engaged, resulting in a more responisve and less wasteful motion. 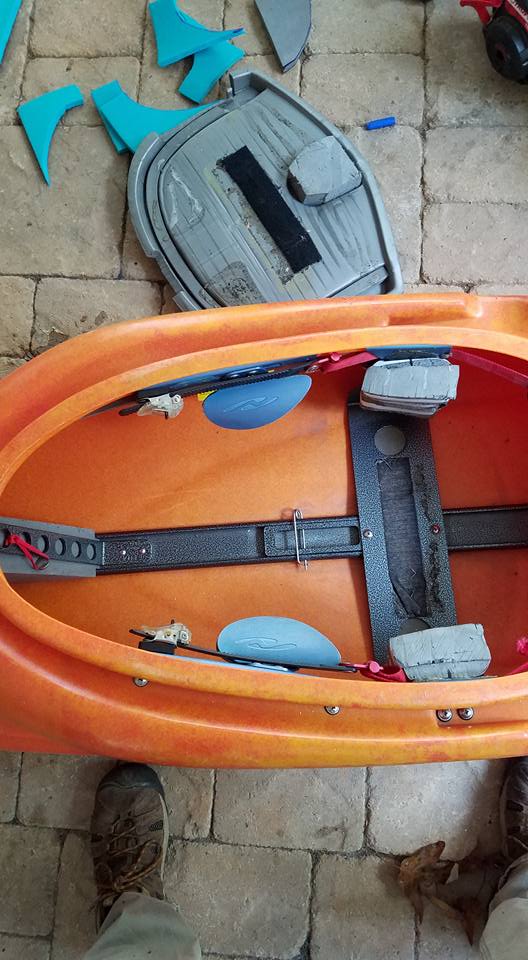 A lot of emphasis is put on hip and feet snugness, but our thighs are the closest part to our hips, the point of power transfer. And it just so happens most boat companies have an adjustable “binding” for that part of the body.

So where are your thighhooks?

In the picture shown, my knee is where my finger is pointing. I’ve moved the hooks almost 2+ inches back from original.