Just like the other Peak UK gear we had in recently the Peak UK Deluxe drysuit was first seen back in 2015 at the Paddle Expo in Germany. 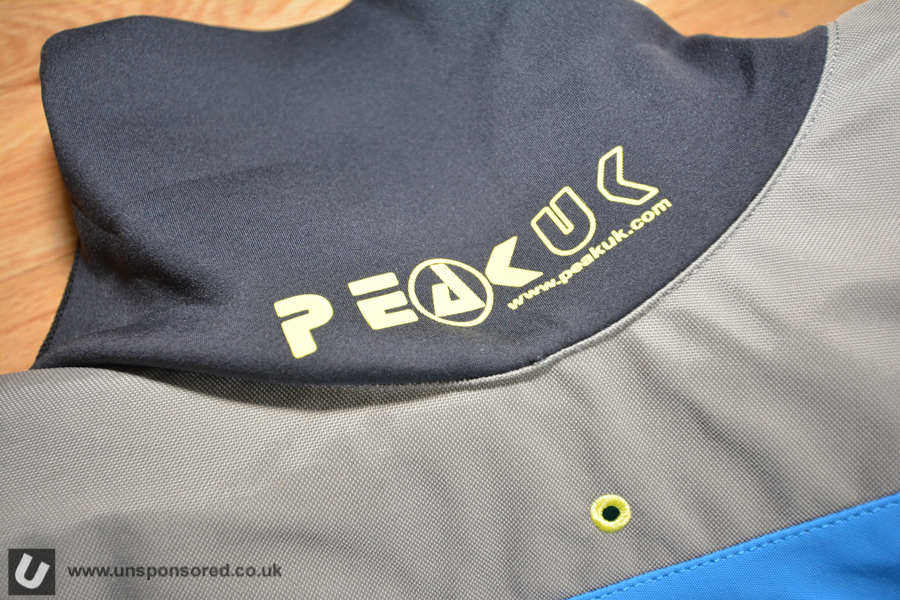 After having some time time checking the suit out and discussing its design with Snakey it was clear that Peak UK had taken some time to develop there next generation of drysuits.

A couple of weeks ago the new Peak UK Deluxe drysuit landed at Unsponsored HQ and is joining a few other drysuits for a gear shoot out that will be published a little later in the year. 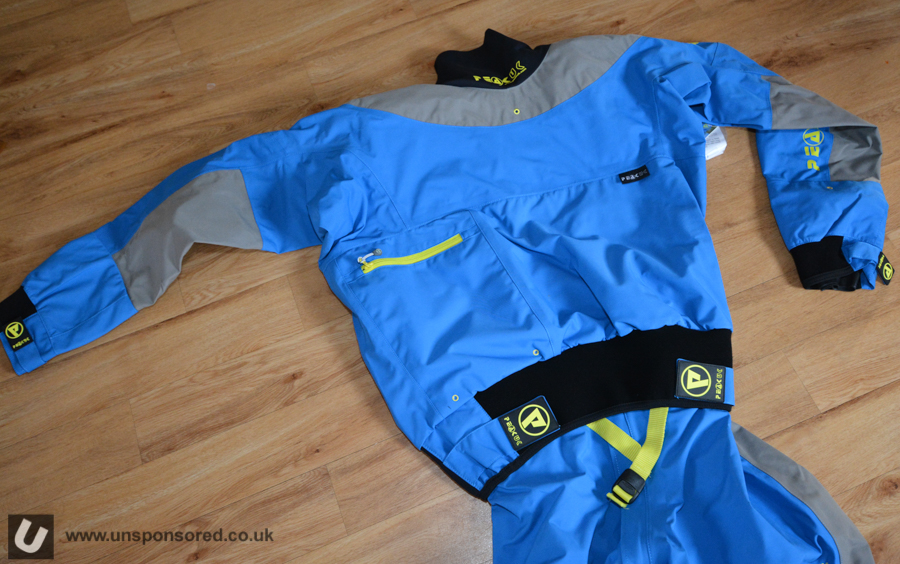 In the meantime I though it would be useful to give a few details, some images and initial thoughts about the Peak UK Deluxe Drysuit.

The drysuit is a rear entry suit with a Tizip running across the shoulders. 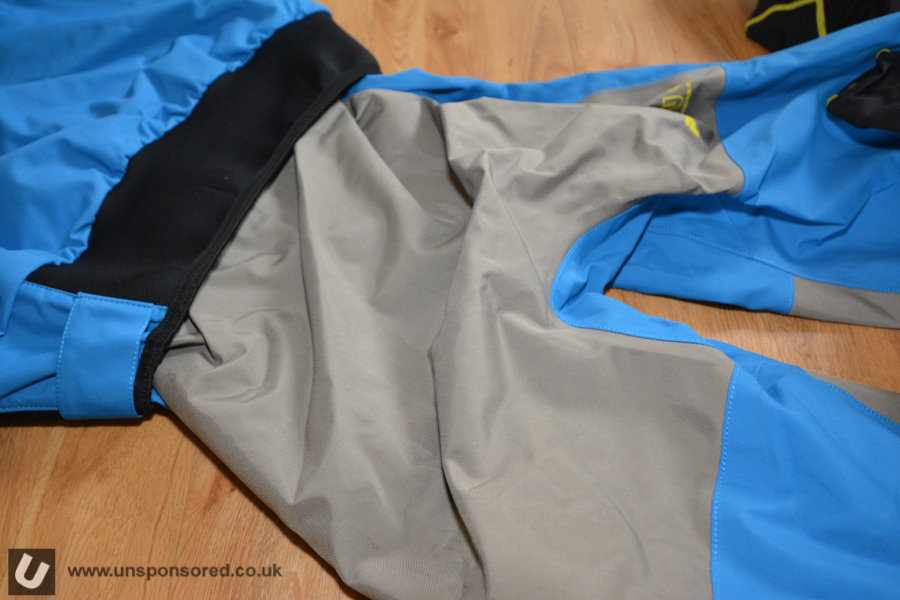 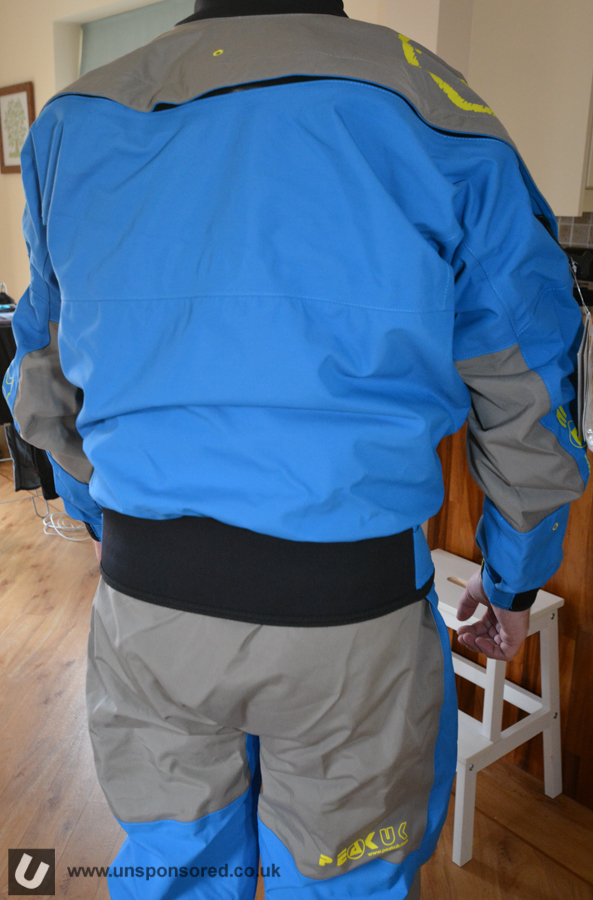 Getting into the suit via the rear entry zip is very easy. The suit in these images is a size large. I am 6ft 2″ and 210lbs. I’m wearing a pair of Levi jeans and T shirt under the suit. There is still plenty of room for more layers. 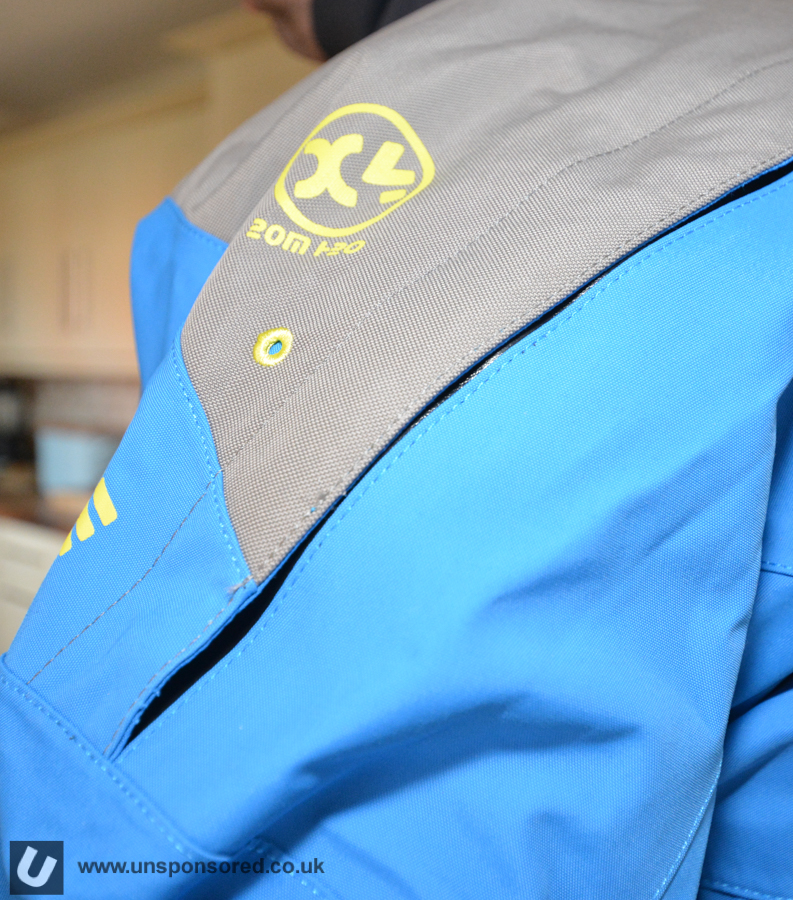 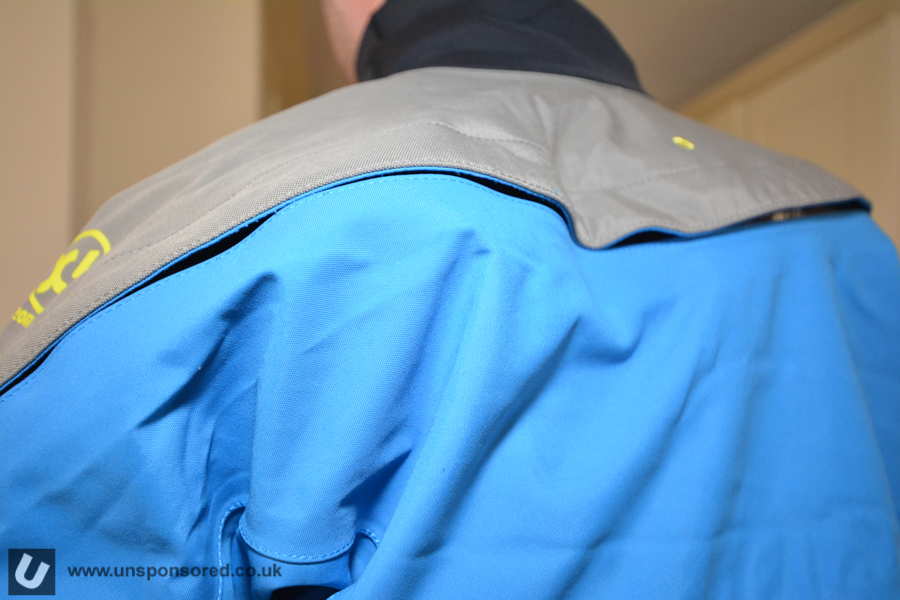 This pocket has been located here to allow access even when wearing a PFD. 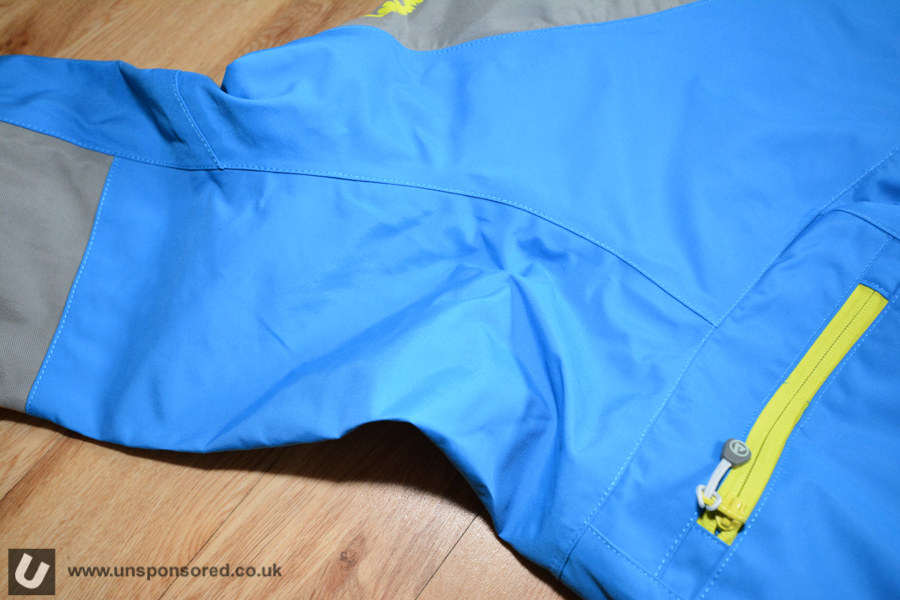 Fully taped dive quality seams. Plenty of overlap and they are well stuck down. 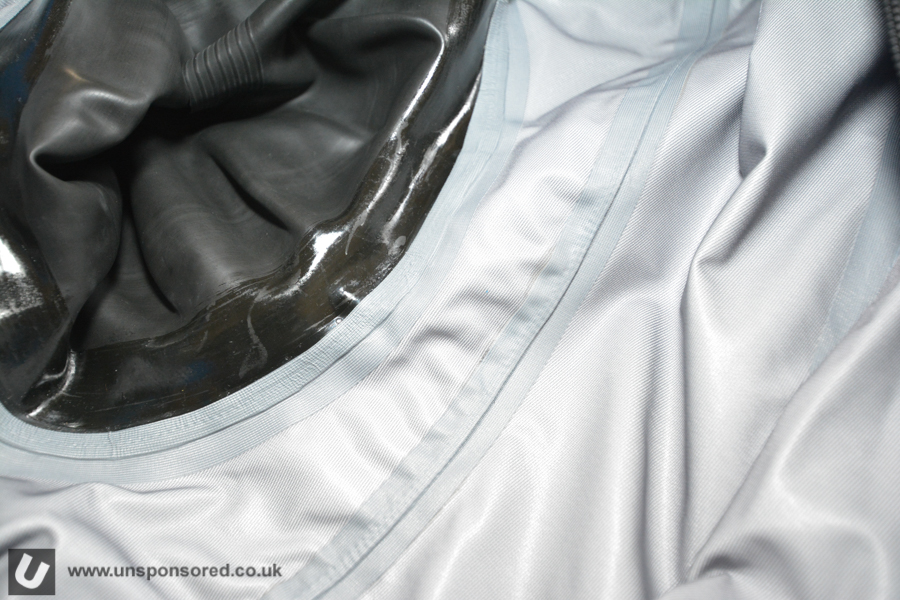 Latex inner neck with Superstretch neo cone outer seal. I find that on this large model the latex gasket is perfect for me without the need of a trim. The outer cone could do with having a smaller diameter.

The arms are sealed with latex gaskets at the wrist with adjustable neoprene outer seals. 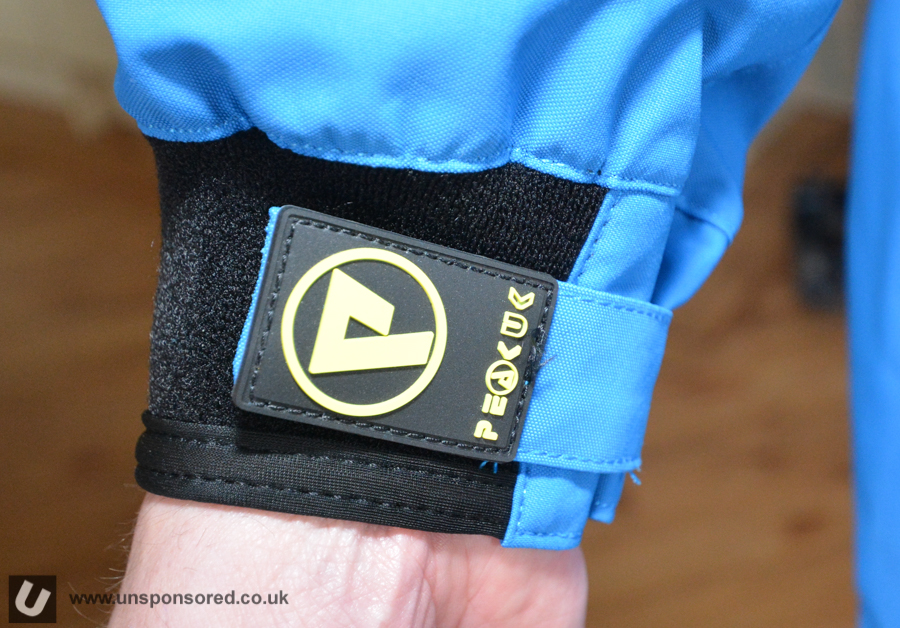 Easy pee, lightweight and flexible Tizip front fly. Interestingly this zip is vertical rather than horizontal as on most other drysuits. 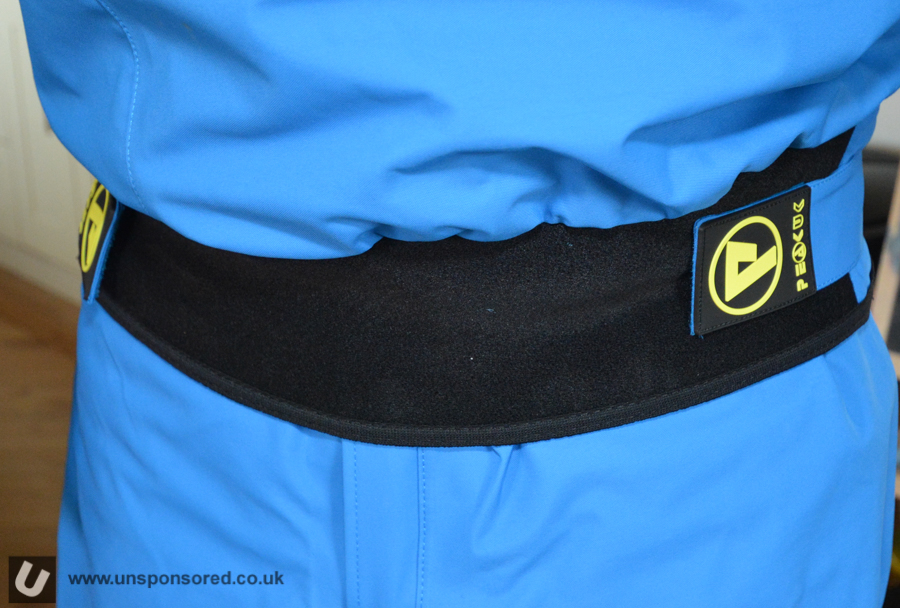 The waist also comes complete with an adjustable belt. The outer waist is fully adjustable. 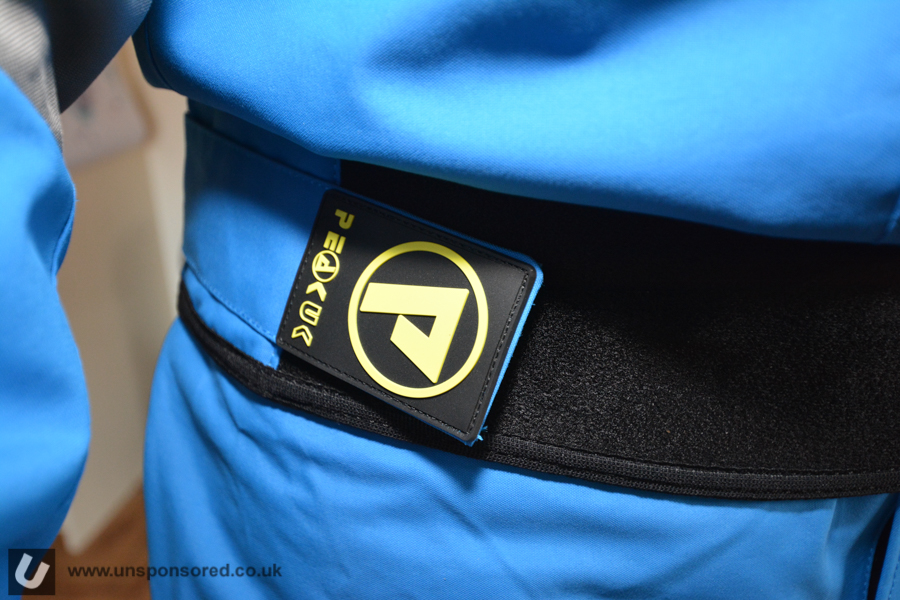 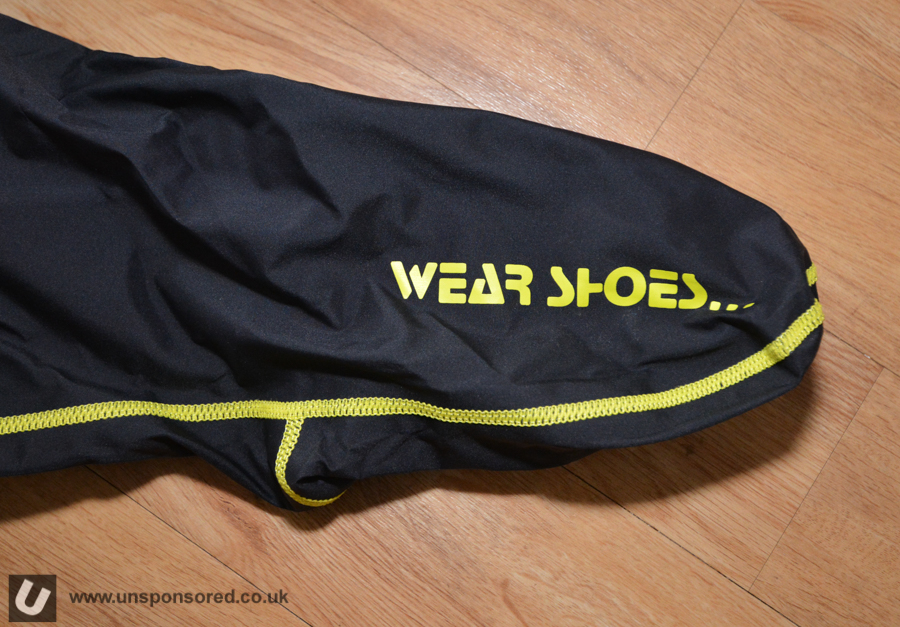 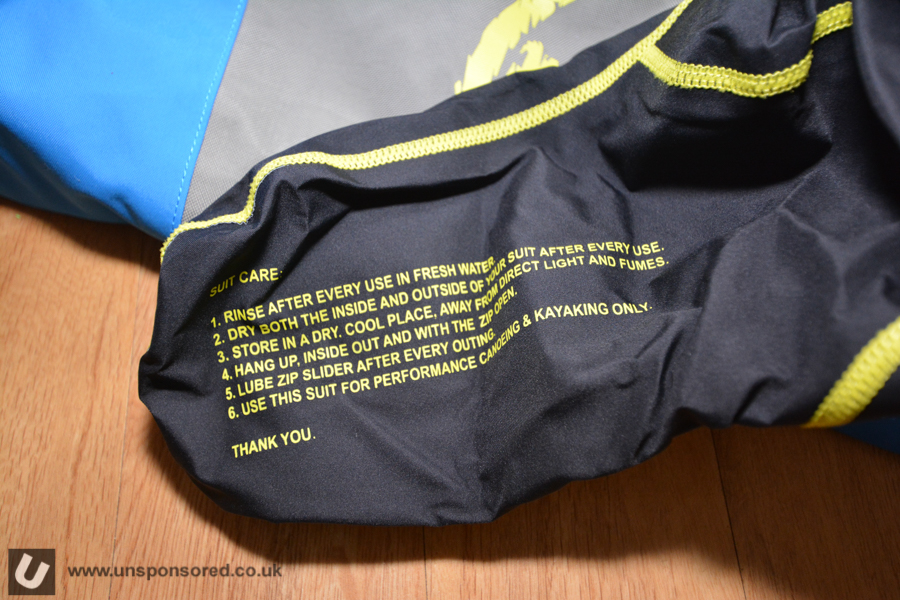 No ankle adjusters on these legs. I was surprised not see this feature, but the cut is bang on. I don’t think that they are actually needed. Plenty of room in the socks though. 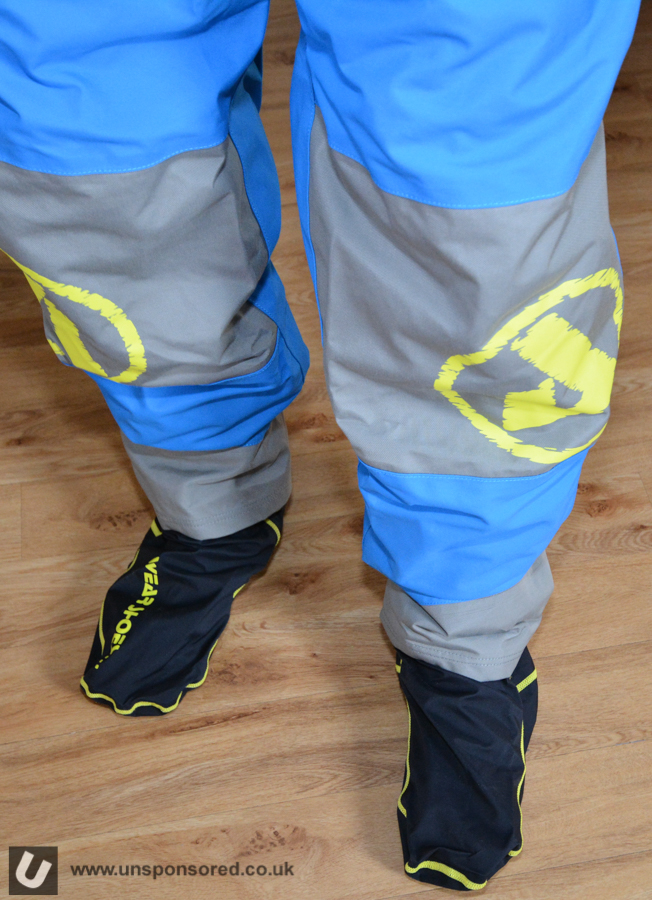