Earlier this year I had the opportunity to visit the guys at Palm Equipment.

Palm have been around since 1979 and not only do they manufacture a wide range of watersports softwear they are also the brains and organisation behind Dagger Europe along with a number of other Confluence brands in Europe.

Andy Knight started the company, Palm Glass Fibre Mouldings Ltd as it was known then, in 1979 and as the name suggests the company focussed on composite kayaks. The first range of paddle clothing was launched fives years later at the Crystal Palace canoe show (London).

I received an invite from Paul Robertson (Cheesy) to travel down to Palm HQ for a tour and an opportunity to talk about forthcoming developments. How could I possibly turn that down? So a suitable date and time was arranged and I travelled the hundreds of miles south with my camera gear in tow. 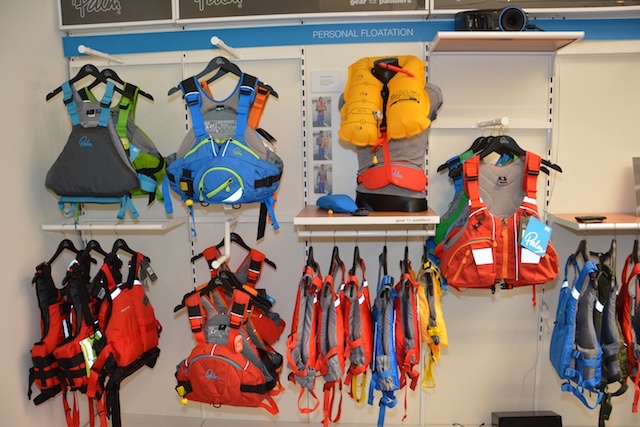 I met with Paul and Nick who kindly spent some time showing me around the Palm setup and talking through some of the new plans that are on the horizon.

Part of the factory includes a large showroom area that is used for gear display and currently has at least one example of each of the product lines Palm produces. When you see it like this it is quite impressive. Palm have gear that caters for all paddlesports and paddlers at all levels.

The big tour started in the Palm warehouse. We met this fellow in the warehouse, Cheesy described him as someone quite important. 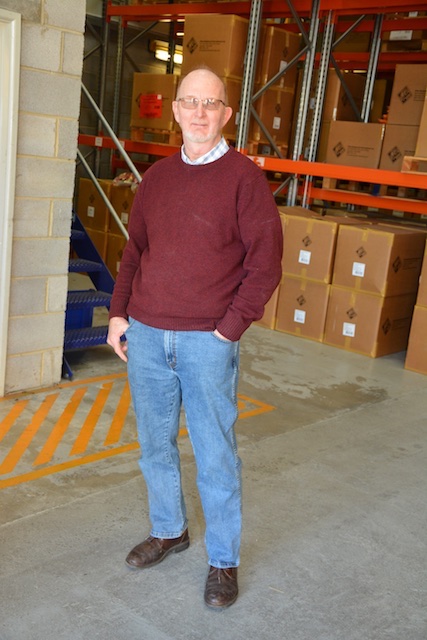 In fact it is Bob Slee who joined Andy Knight to help run the quickly expanding business back in 1987. So a very key player in shaping what Palm has become.

Palm no longer manufacture their softwear in the UK but the factory is still used for distribution, and canoe/kayak production. See the video below to see Palm’s facility out in Red River, Vietnam.

The warehouse plays a key part in the distribution of Palm gear worldwide. At different times of the year the warehouse can be empty or jammed packed. At this time of the year Palm are getting ready to receive containers full of gear ready for the rest of the year with the bulk of the 2016 range landing around Easter time.

From the warehouse we went through to the the oven room and the start of the boat building process. 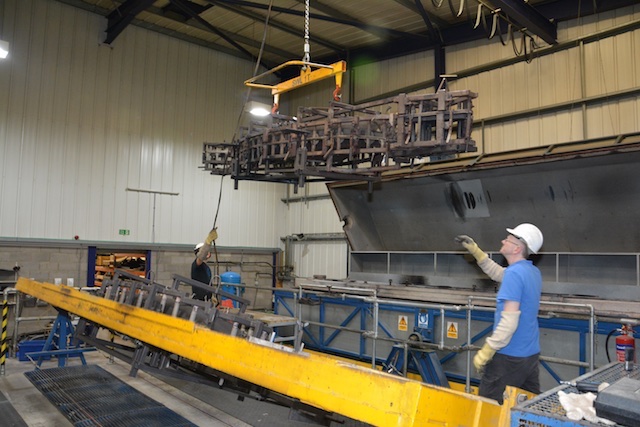 Each and every boat at Palm starts of as a box full of carefully weighed out plastic grains. From this point forward the boat has its own unique identity which can be traced right back to the source of the plastic. Each stage of the process is quality controlled and only signed off if the canoe or kayak meets stringent quality guidelines. 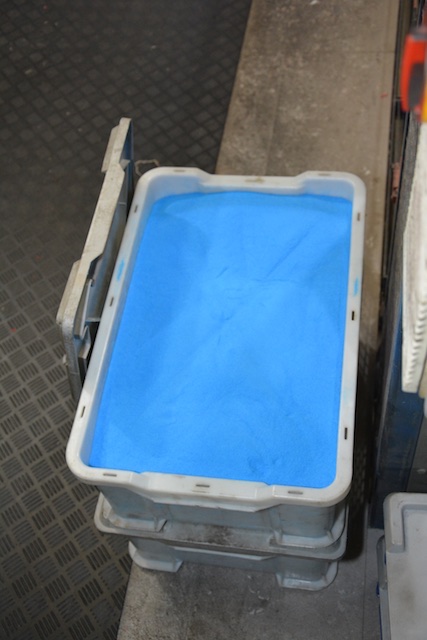 As you would expect form the need to use plenty of heat in producing boats it is extremely warm in this area. The timing of the tour was perfect with a freshly moulded boat coming out of the oven, a new mould going into the oven and a Madriver canoe being released from the mould. It felt like a truly industrial process. 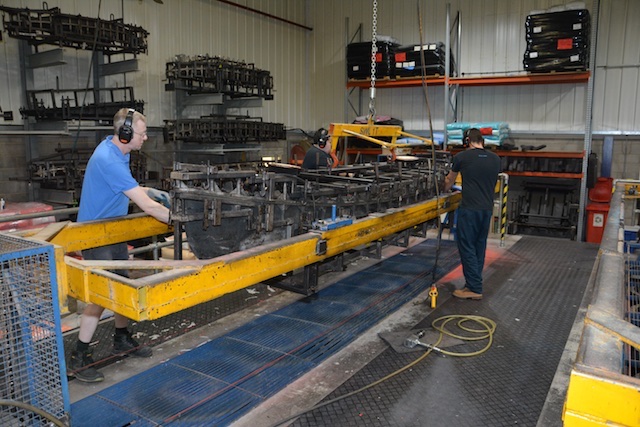 Incidentally all of the gear used to produce the boats cannot be bought and was therefore designed and built by Bob. The setup is very slick and efficient.

At each and every stage the quality of the finish is checked. Boats are either scrapped or sold as seconds if anything out of the ordinary is found.

All plastic that doesn’t end up in a production boat is chipped and recycled. 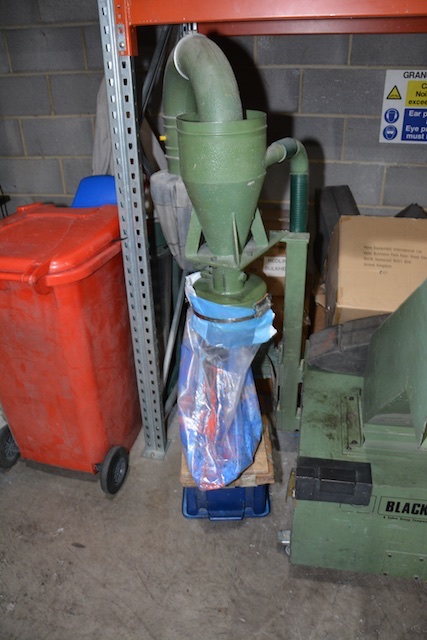 Once the freshly baked boats have cooled down they make their way to the building stations. It is here where all of the outfitting is attached to the boat. 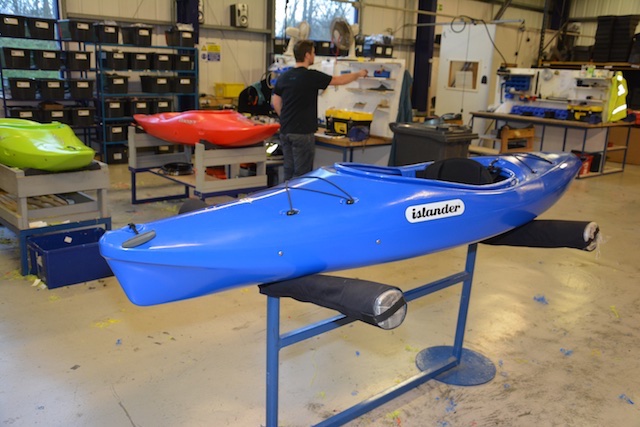 One person is charged with outfitting a boat. This minimises the number of people working on each product and helps with continuity.

A great deal of the outfitting that goes into each canoe or kayak is made right here in the factory. This goes right down to cutting the foam used in each kayak.

The image below shows a template used to cut the foam for a Falchion kayak. How many Jitsu playboats could be outfitted with the same amount of foam? 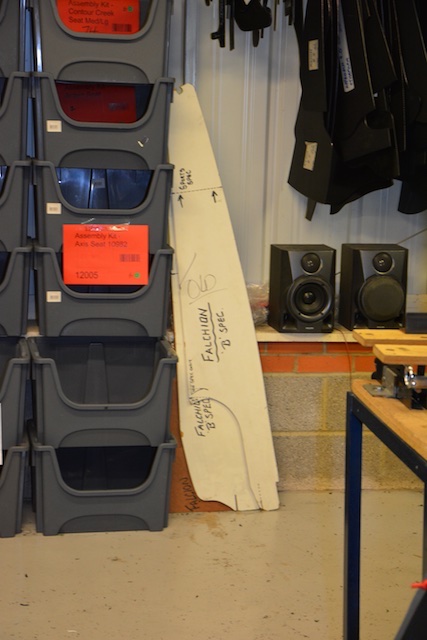 Once built up the completed boats are checked and signed off ready to go. Completed boats are then bagged and stored in a huge storage area ready to be shipped. You’ll also find customer boats that require servicing or repair in this area. 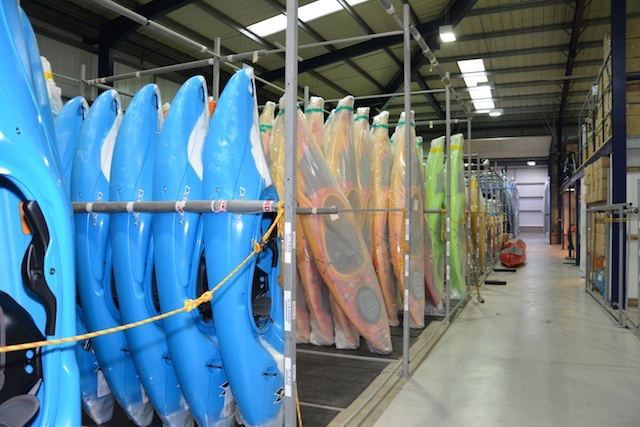 The Palm range of paddles have been doing really well since their launch. The paddles are also put together in the factory. 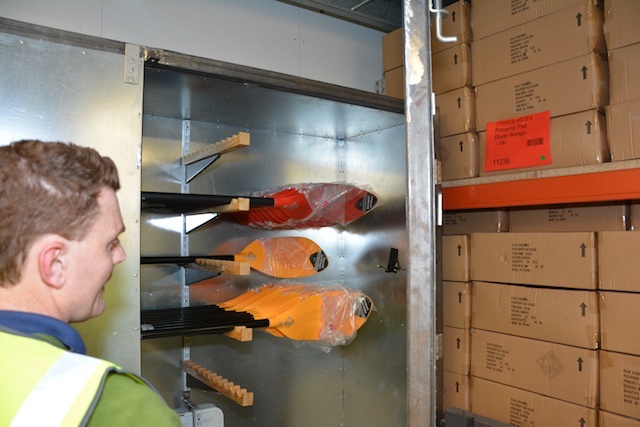 The factory also contains an area used for the service and repair of paddling gear. If you have sent your Palm gear off for a patch or new neck seal this is where is ends up.

The area had a rack that contained all of the products that had been returned for possible warranty issues. If you take heed of some of the forums you would expect that the rack would be fit to burst with gear needing to be retaped. This was not the case. There were only two bits of gear hanging and one dry suit in the process of being repaired. Now before someone comments that there is loads of paddling gear g=hanging up in the image a bit further down that is demo gear. 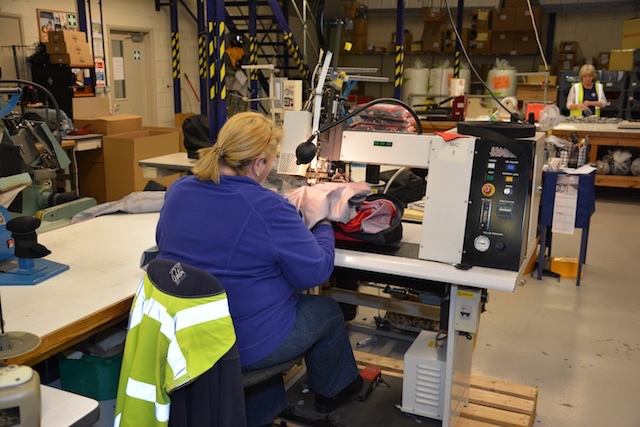 Of the bits of gear hanging up one was clearly a Spark suit that had seen some pretty heavy wear, the other a brand new suit that was having the neoprene gaskets swapped out for other seals as a custom job request. 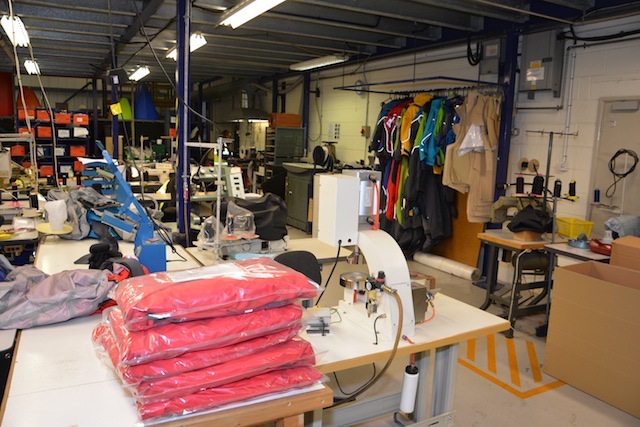 There was a great deal of prototyping and testing going on – shoes and PFDs amongst other things. This included the use of a 3D printer for some rapid prototyping. Lots of exciting new products are still in develop (and I wasn’t allowed to take pics, but did try some out). We’ll start to see some pre-production gear starting to appear later this year. With any luck we’ll be able to show some of the new gear for late 2016/17 later on this year.