Palm had a lightning bag shipped to Unsponsored HQ as soon as the production models were available. Retail customers will be able to get hold of a bag from good kayak/canoe retailers over the next few weeks. 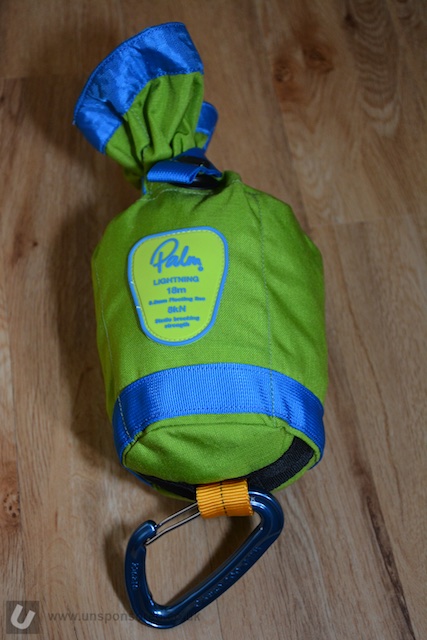 Since the bag arrived we have had a good look over it and have tested but the feel, throwing and repacking ease with a number of different paddlers. Since the Lightning bag has already been compared to the HF Weasel by many it also makes sense to make some further comparisons during this initial look at the Lightning.

I have had the chance to have a close look at the Lightning bag a few times but this is the first time that I have been able to have not only a look but actually use the bag.

Light‚ accurate‚ quick to deploy and pack. The Lightning throwbag comes with 18 m of easy to handle 8 mm rope‚ which packs down small into a wide neck bag. Speed is of the essence‚ so we added our Quickclip clean line attachment and a Fidlock magnetic clasp.

Firstly they are both very compact bags with rope of a similar weight and length, and will no doubt appeal to the same paddlers who would be after a compact throw bag.

So how does the Lightning compare to the Weasel?

The Lightning is very slightly smaller than the Weasel despite containing thicker rope.

The 8mm line within the lighting is 18m long. Compared to the 18m of 7.6mm line used in the the rope within the Lighning also has a much thicker core. Initial testing putting the rope under real life strain (thanks to the swimmers who took part) the rope seems less cheese wire like for both the thrower and swimmer. 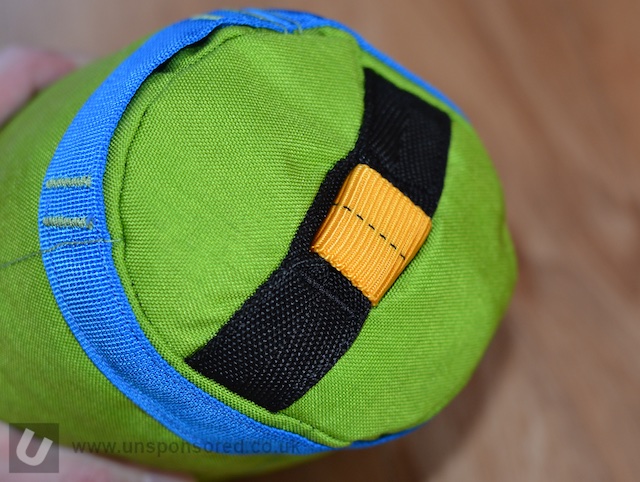 On that note the bag is good to throw and flies well.

The line is attached to a short length of tape. The rope is threaded through the tape and is secured with a figure eight knot. As with all my bags I like too check the knots before use. I added a stopper knot to the free end of the figure eight just to give that extra bit of reassurance. The tape is of climbing grade and is heavily stitched. It is long enough to clip a carabiner into but it is difficult to get fingers trapped in there. 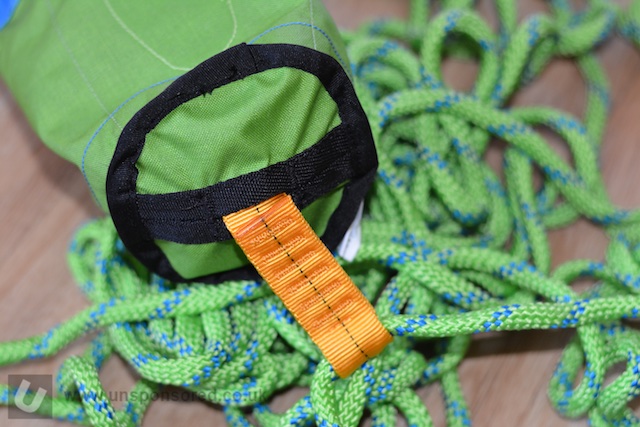 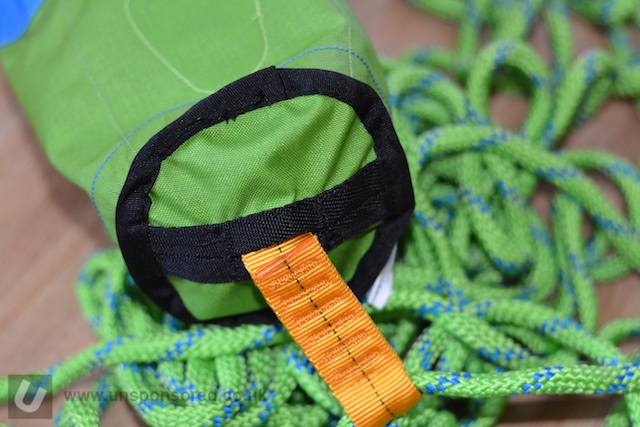 The Weasel’s rope exits the bottom of the bag and when it is purchased includes a clear piping. This needs to be removed and the loop shortened if you want to use a clean rope system. It’s not a big deal but I don’t understand why HF insist on adding large loops and tubing. 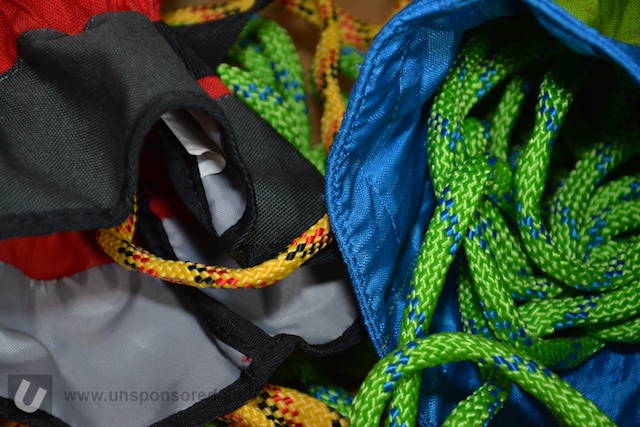 The opening of the bag is huge and is stiffened. The construction is very similar to that used in a climbing chalk bag. The Weasel is easy to pack but the wider and more importantly stiffer neck opening on the Lightning makes it easier to repack. 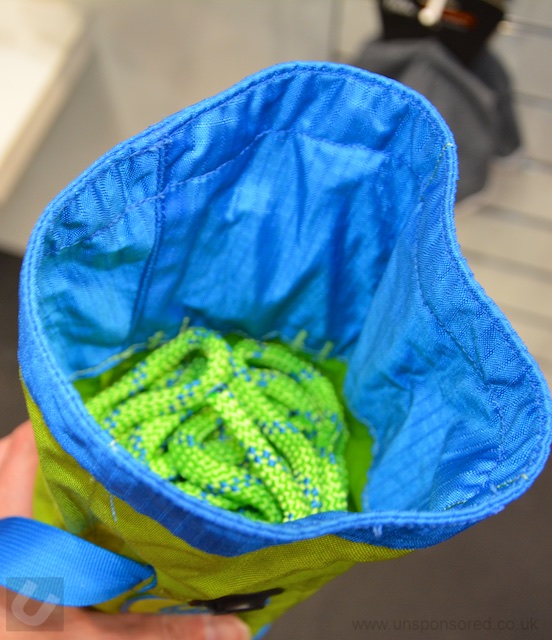 Lastly the clip. It is a bayonet type clip that contains a magnet. The system does not rely on a magnet to keep it shut. This helps position the two parts against each other in the correct way and it then simply snaps together.

The bag is also fitted with a couple of loops that will allow it to be worn on a waist belt.

Palm have always made great throwbags and over the years I have owned or have used pretty much all of the different designs. At this stage I must say that the Lightnings design is superb and I look forward to seeing some of its features being included within the redesign of the larger throwbags.

The Lightning is currently drying out and in the garage but once dried and packed will be attached to the step out pillar of my boat. It’s a great bit of gear.

Retailers such as Northshore Watersports, North East Kayak and Paddles and Escape Watersports will have plenty of stock and can ship world wide.