The Chronicles Of Ugg

Many people will now be aware of Whetman equipment but may not be aware of the man behind all those quirky youtube clips and designs. 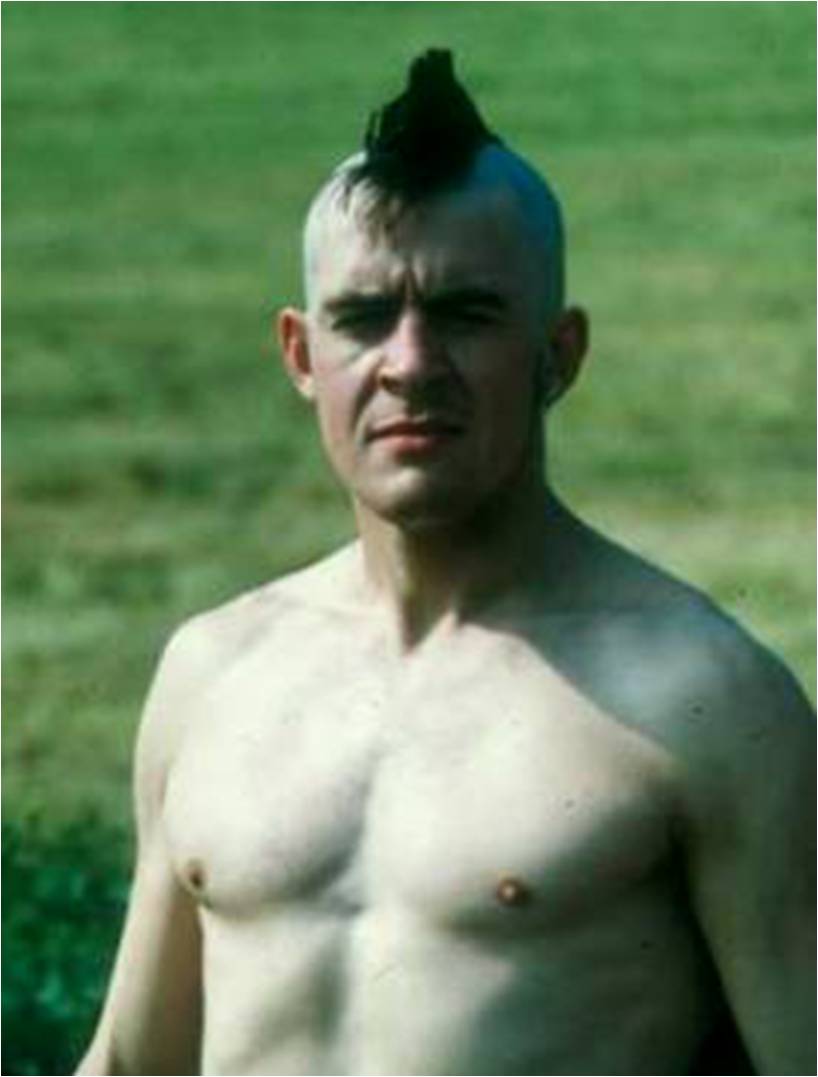 Back in the 90s a crazy mohawked paddler was often seen, all big boots, bone through his nose and a matrix style coat, making for solo laps of the Dart and further afield.

Around bars, on shuttles and gossip the stories of this crazy paddler made the rounds – how much was truth, how much myth?

Steve are you that mythical Ugg? We seem to not have paddlers as unique now – do you think its all gone sterile?

​I confess I am indeed known as Ugg or in Central America as “Malaco”. ​ Back then I did what I wanted to with no help from anyone and if no one else wanted to go then I went solo. Sure I had some gear sponsors but they approached me, I never asked anyone for sponsorship. The driver for me was personal adventure. I didn’t tell anyone what I was going to do, few knew afterwards apart from the occasional fax back to home. I have few photos, no video, just stories; my incentive was to adventure and explore in wild and remote places. Today not sure about sterile, the river is a great leveller it will humble even the most experienced and brave kayaker sooner or later. Today access to so much information is so very very easy to find; detailed maps, previous trip reports, sat images, rainfall data, weather forecasts, so that practically no stone is left unturned & so there is the ability to “plan out” almost all uncertainty before you go. There is also now the comfort of knowing a call for help is in your pocket. The adventure is less risky and less likely to end up with tragic consequences. Paddlers are of course doing really wild things today, very impressive to watch as they challenge the river itself. Today there is an instant feed of multimedia platforms in your pocket. It’s sad that the mystery, wonder and anticipation of waiting to hear news is lost forever. The magic moment of listening to someones tale or seeing their photos after waiting months or even years to be revealed gave such power and value to the adventure. This constant greed for instant news has destroyed some of the magic and made it sterile – possibly? 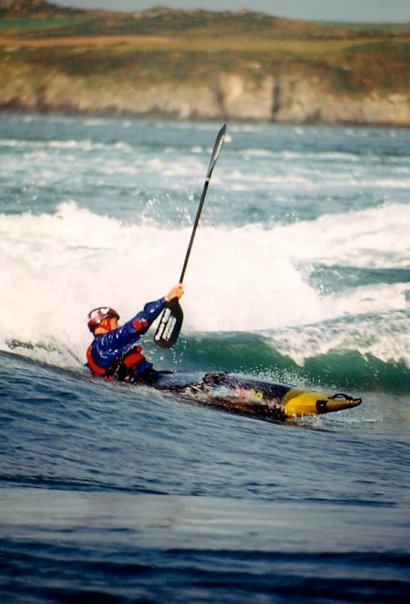 One of the stories I heard about you was you picking up a hitcher (who happened to be a skydiver) as you drove across Dartmoor, dropped him at a smaller air strip then managed to job yourself…true?

​This dude wanted a lift to the airstrip to go parachuting and I said ok on the condition that I jump as well​ and he pointed out that I had not done any training so couldn’t jump. I said no lift then. He swiftly came back to me with a fake ID and so I used it to jump. As we were descending I shouted to him “how do I land?”, then I dropped onto the runway and broke an ankle.

An encounter with a bull?

I was mad about rock climbing. In Spain with my mate Chris we were doing big multipitch walls. In the village we stumbled into a bull running festival. The streets blocked off and all balconies full of crowds. Myself and Chris ran the bulls of course. Unfortunatley the bull ran to me and lifted me up into the air and I crashed to the street to be stamped on & horned by the bull. The balconies were screaming with fear. The bull was trying to kill me. I was under the bull on my back helpless. I started to thump the bull on its nose which pissed it off. More high pitched screams from the balconies. The rest of the street was empty, there was noone to help me. Chris had climbed up a drainpipe. As the bull came down with its horns to stab again I decided to grab the horns and hold on. The bull fought back rolling its powerful neck but luckily my grip was super powerful from climbing. As the bull tossed its head around the action lifted me off my back and up onto my feet. More balcony screams and shouts from behind the barriers. I kept a very very tight grip on the horns. Both the bull and I were puffing heavily as we stared at each other, now we were both stood perfectly still. Out of the corner of my eye I could see the barrier was about 20 strides away. I then released my grip and sprinted for the barrier.

What about that story of a first descent, some place in Costa Rica, or was it Ecuador, where you paddled passed a group scouting a rapid – you had soloed it for a while; then you found out they they planned it as a first descent themselves, you beat them?

​In Panama myself and Paul Cripps hiked up through the rainforest on the Pacific side of the mountains over the peaks to find the source of a river which flowed to the Atlantic. We then launched into the Rio Changuinola and descended down to eventually get to the ocean.​ Some years later I read that some Americans claimed a first descent in a report in Rapid magazine of the same river haha! 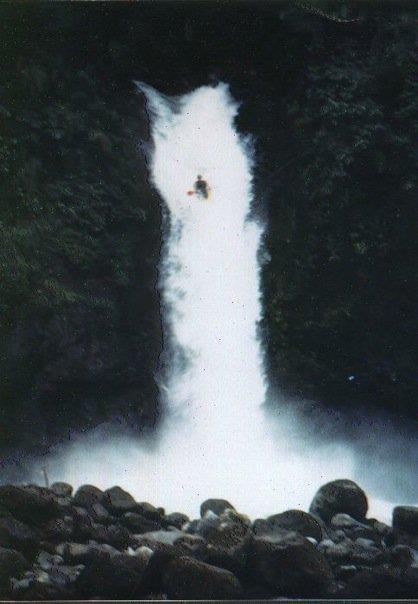 Then on a trip your paddler partner dislocated his shoulder, you tied him to your acro and paddled out?

True. ​The Acobamba Abyss in Peru.​ I was planning to solo having just returned from a 4 day solo trip down the Paucartambo. Adam asked to come along and on day 2 deep inside the canyon he took a bad swim which dislocated his shoulder. For 1 1/2 hrs I was convinced he was dead. I eventually found him but his boat was gone. He had to lie on the back deck of my kayak (shoulder still out) as we went down the rest of the river. This went on for a couple of days and we ran out of food and water hiking through the desert with no map, looking for help. He went delirious so I left him and went to find water. We eventually found a small outpost and I packed him into a truck and said adios, then I went straight back the same day to run the rest of the river (a further 12 days haha!) with another dude. His shoulder was out for about a week.

What about the infamous picture of you running that drop on a solo mission?

​Not a solo mission – as someone took a photo haha! There were three of us​ and it was a first descent of the waterfall and the blind chasm above it. The lead in was a 45 degree rock toboggan about 100m long which the river charged down and then disappeared into the chasm – a blind corridor of narrow high cliffs covered in jungle. It was impossible to inspect the chasm & we could hear rapids inside it. We knew the exit of the chasm was the very lip of the waterfall. The depth of the plungepool of the waterfall was also unknown. The river is located in the heart of a remote mountain area of rainforest which is prohibited to enter. We had accessed by night hiking though the forest by compass to find the river. Two of us ran the chasm & waterfall, the third portaged round and took the photo. We decided that if we encountered a blind drop in the chasm we would boof left; that way we would either both make it or both not. There was indeed a blind drop and we boofed left! The river below the waterfall is a most excellent grade 5 creek for hour after hour after hour. Respect to the most amazing Rio Patria.

Or that time you took a playboat to Norway?

​A Lettmann Bullet, ran Ormot at a very high level; the locals said only a handful of paddlers have ran it at that particular level. On the crux the boat subbed out and spent along time with just 4 inches of bow vertical out of the water spinning down the eddy​line, thankfully rising to the surface in time.

Then the stories of you only paddling the dart at high flows because you had a composite boat?

Wasn’t that the boat you had at the Ocoee worlds back in way back when?

​Yes correct a ’93 composite acro, it is in my shed. Last time I took it down the Upper Dart in high water ​it pirouetted down the seam of the euthanasia ramp. I now have a composite Bullet which is my high water boat 🙂 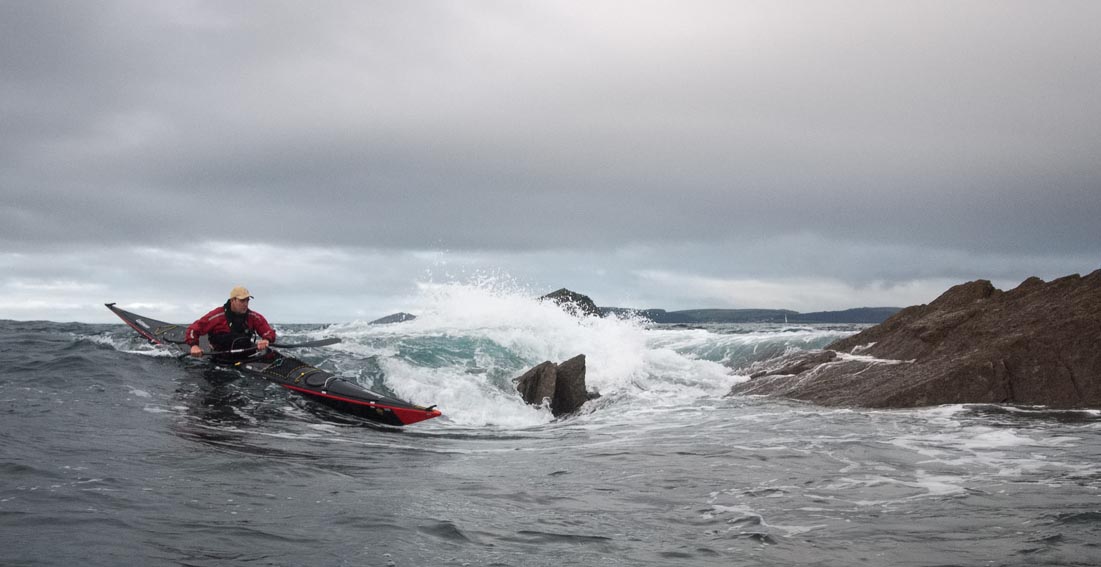 Many paddlers have never heard of you because you kept a low profile, and the tales grew in myth – then nothing, a gap on the Chronicles of Ugg and the slow birth of Whetman equipment. What was the catalyst to this?

​The catalyst being I don’t like proper jobs & hate being told what to do. On more than one occasion this has resulted in swift exit of employment hahaha!​ I have always had a natural ability to look at things from different perspectives, question why kit is made in such a way and make my own gadgets. To be fair I must say my wife convinced me to go for it, even though there is risk of uncertain income. The rewards so far have brought huge satisfaction and it is a great privilege to contribute something into our sport. So far its been simply great fun, of course risky and a little stressful and I get to go paddling whenever I want to.

I have more river stories but I am emotionally drained now so maybe another day will write more.

Time for a glass of rum.