We have the new Palm Equipment Bolt throwline in for review at Unsponsored HQ. The Bolt is the big brother to the Lightning throwline released last year and replaces the Palm Alpine throwline. 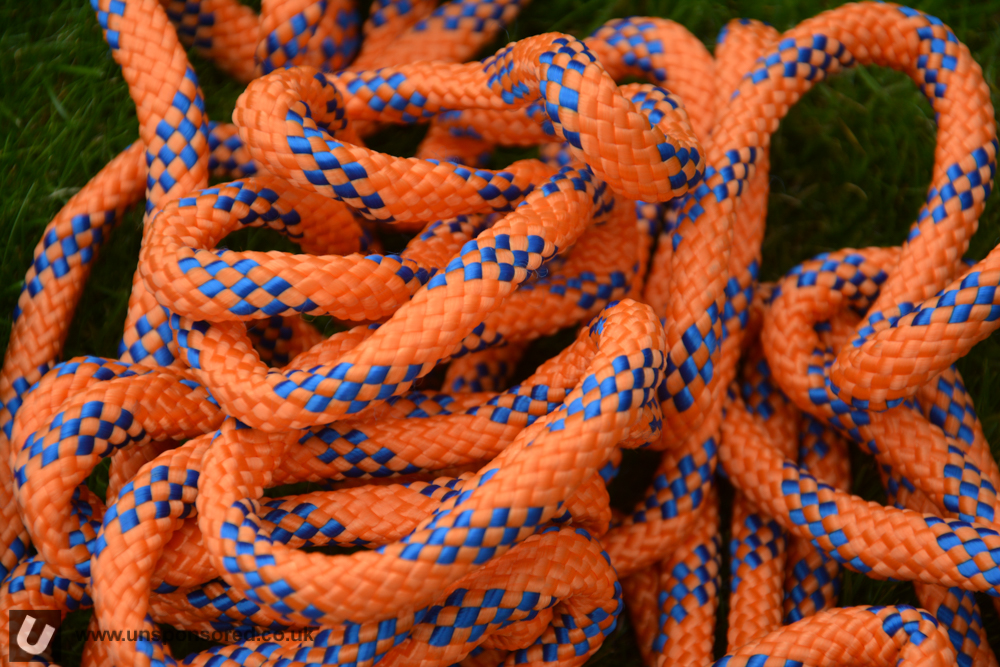 The Bolt takes many of the features of the Lightning and scales thing up. As a result it includes 20m of 11mm rope with a breaking strain of 10KN. 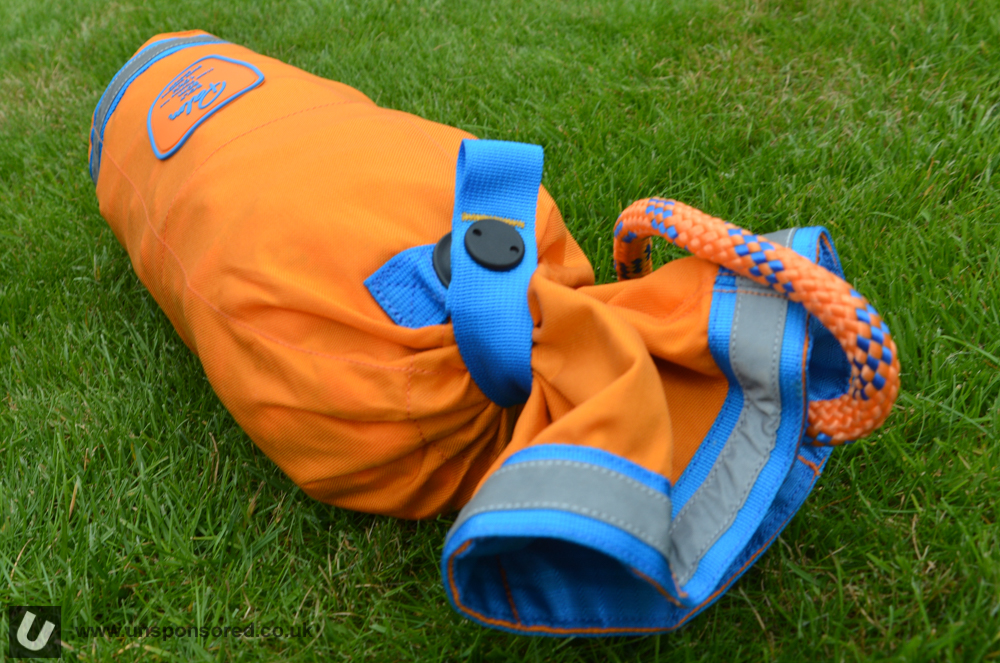 A nice touch is that the two ends of the rope have been shrink wrapped. 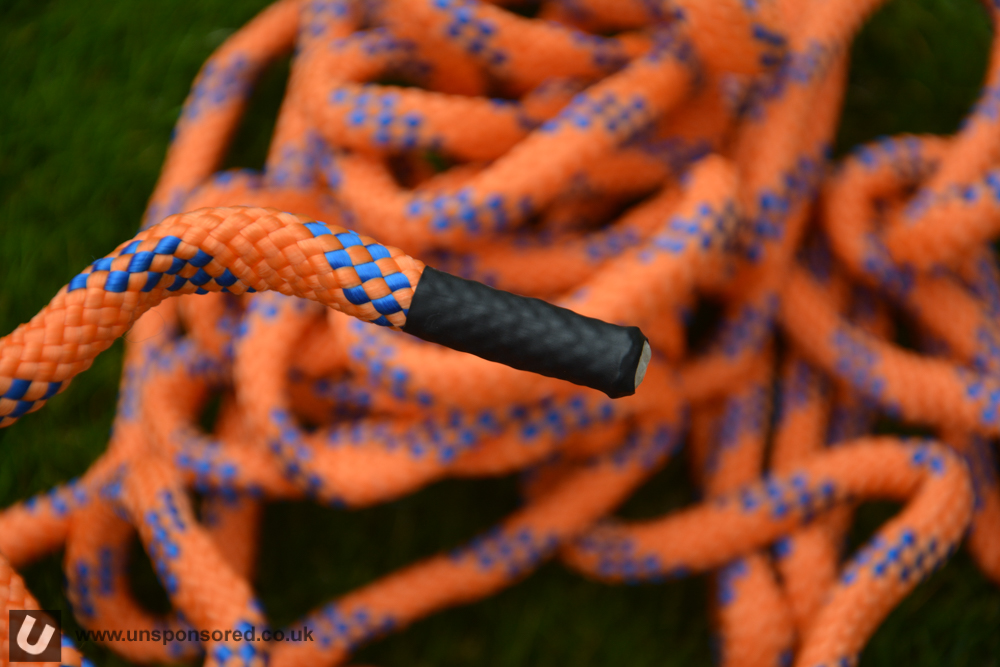 The Bolt is cylindrical bag in bright orange/yellow for high visibility with additional reflective detailing. The outer fabric is Cordura 500 which is both tough and light. 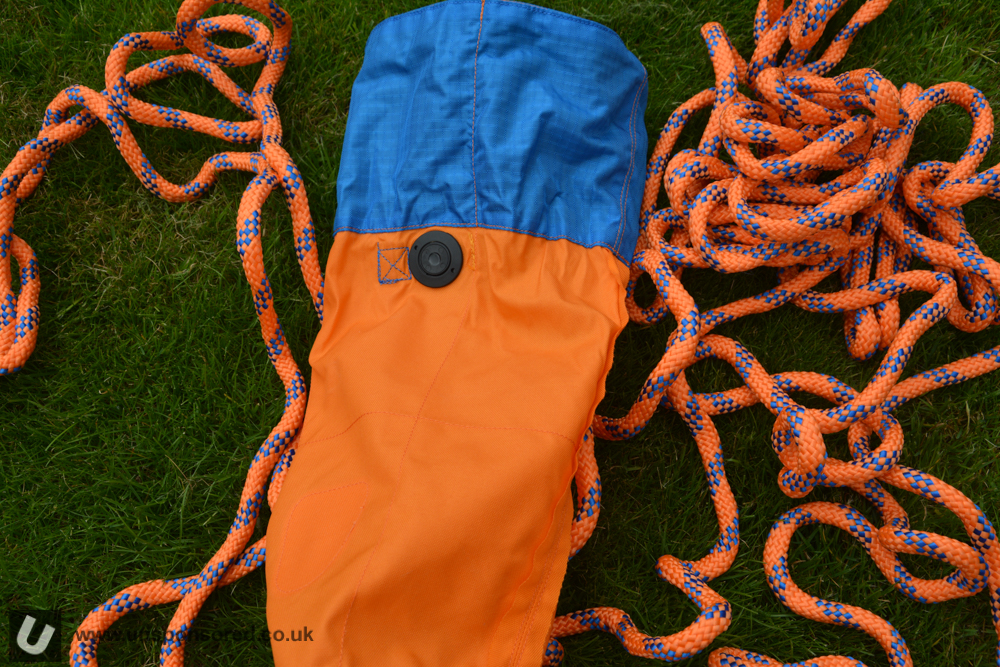 The Bolt includes the Fidlock magnetic closure. It is a bayonet type clip that contains a magnet. The system does not rely on a magnet to keep it shut. The magnet helps position the two parts against each other in the correct way and it then simply snaps together. 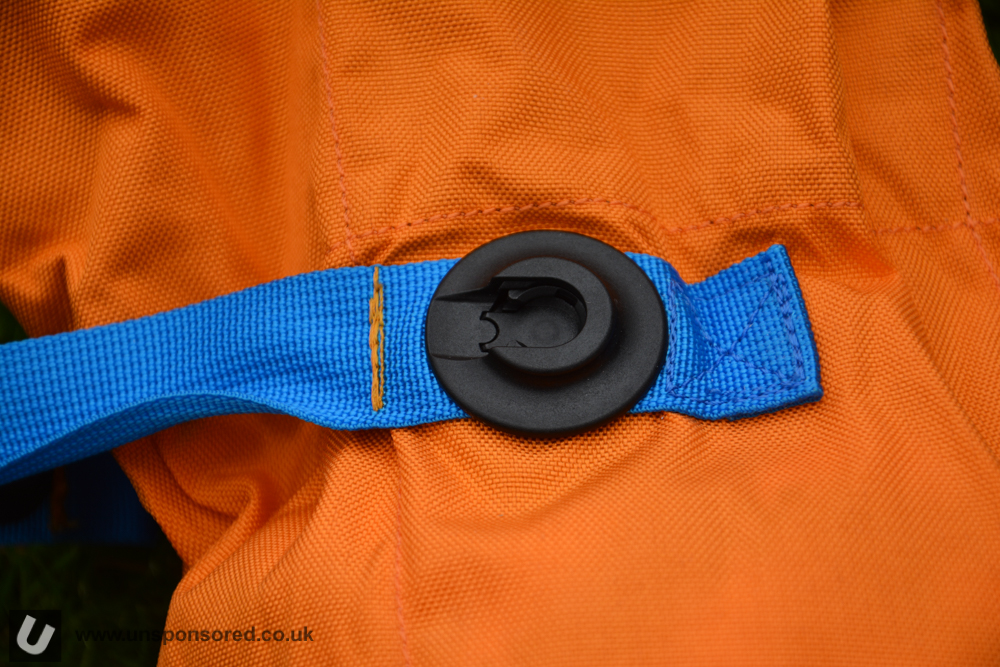 The line is attached to a short length of tape. The tape is of climbing grade and is heavily stitched. A small loop of tape is accessible on the outside of the bag. It is just big enough to get a carabiner in place. It is long enough to clip a carabiner into but it is difficult to get fingers trapped in there. On the inside of the bag the rope is threaded through the tape and is secured with a figure eight knot. 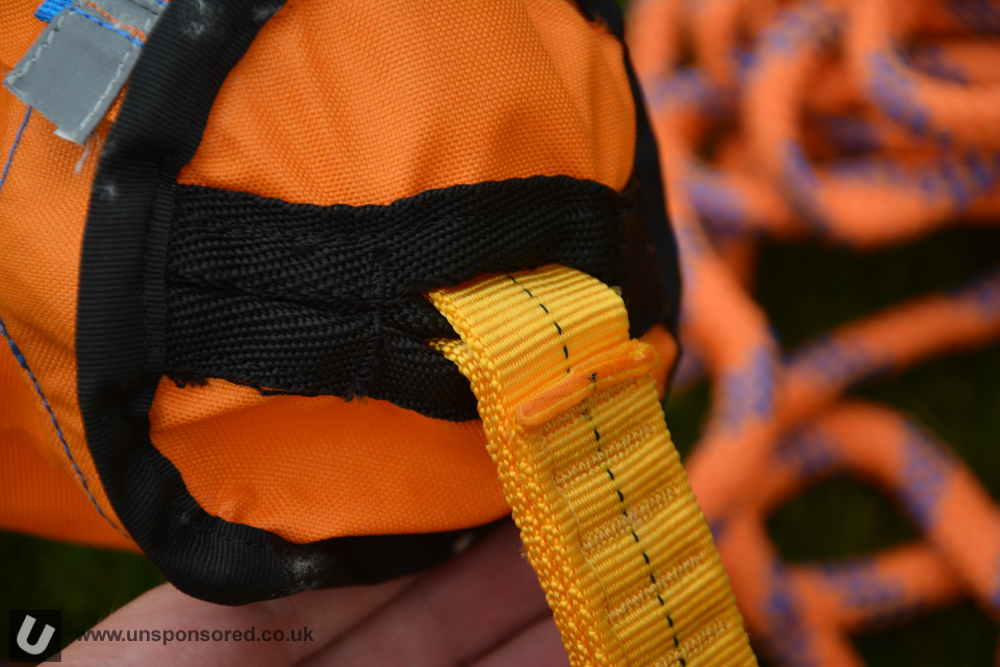 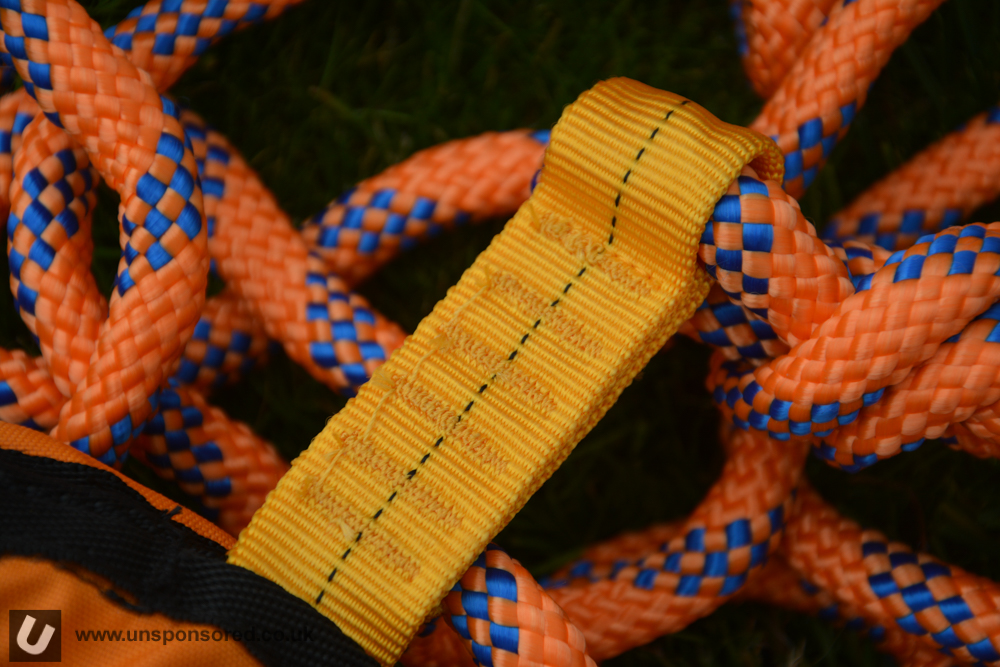 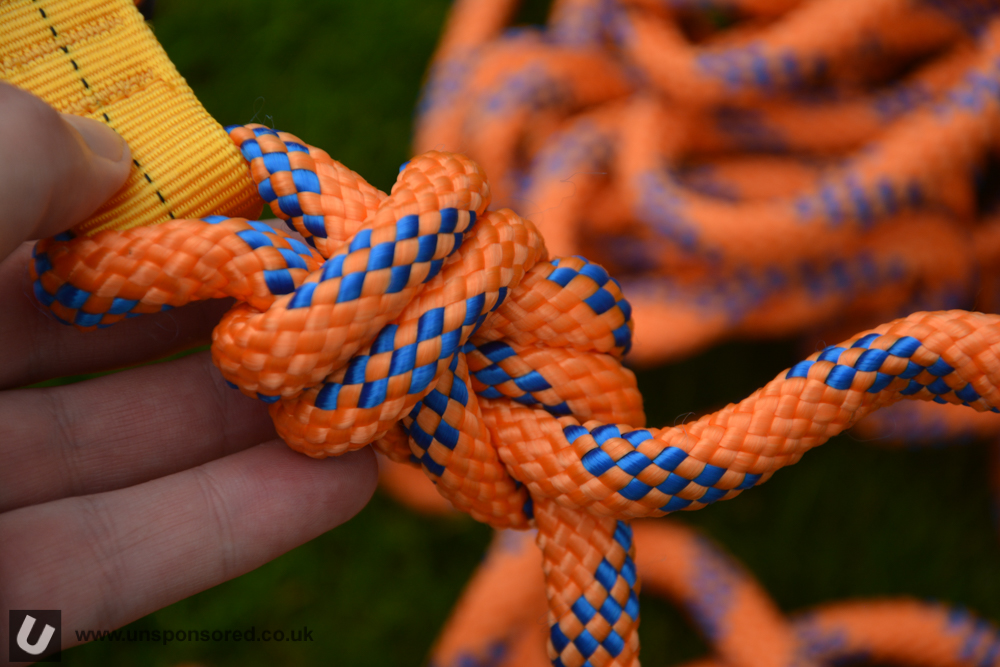 The opening of the bag is huge and is stiffened. The construction is very similar to that used in a climbing chalk bag. This makes the deployment of the bag when thrown and repacking the rope very simple and effective.

Belt loops on the bag fit Palm’s own quick release belt (and belts from other manufacturers) so you can always have your line to hand. 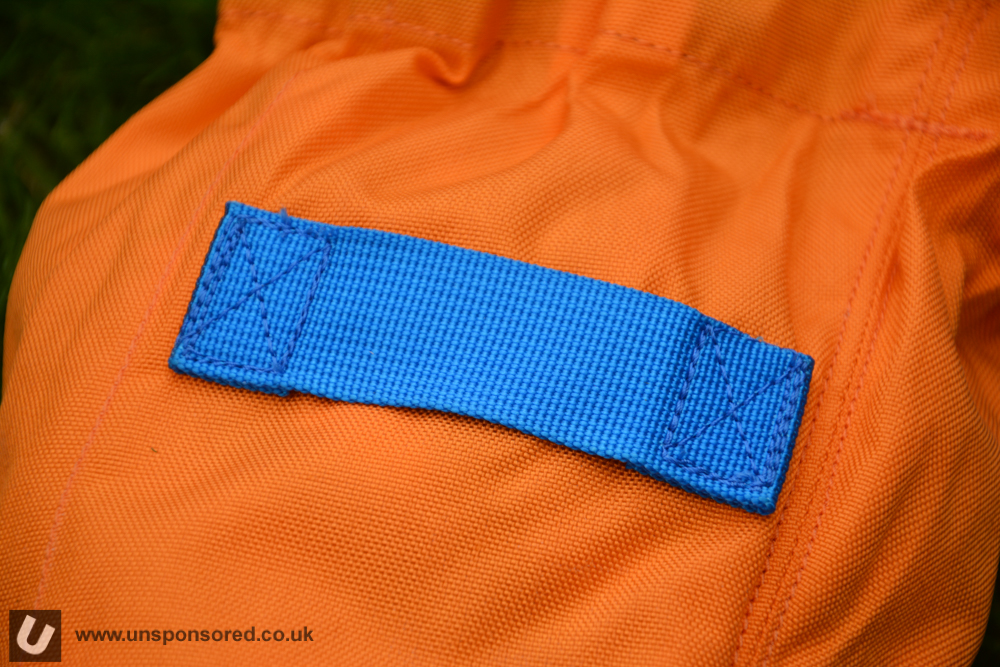