On a safety PSA note if you are carrying a throw bag or rescue tape then you should always have the means to cut it if something were to go wrong.

We’ve had the Palm Folding Knife at Unsponsored HQ for quite a few months so I feel it’s time to do a full review.

Another new Palm Equipment product in for review at Unsponsored HQ. This is the new Palm folding knife. 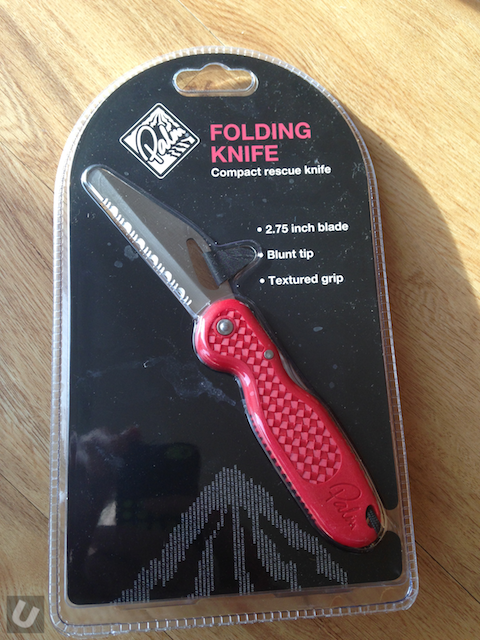 The image below shows the Palm Folding knife with a Spyderco UK Penknife (Orange FRN), and Spyderco Ladybug. 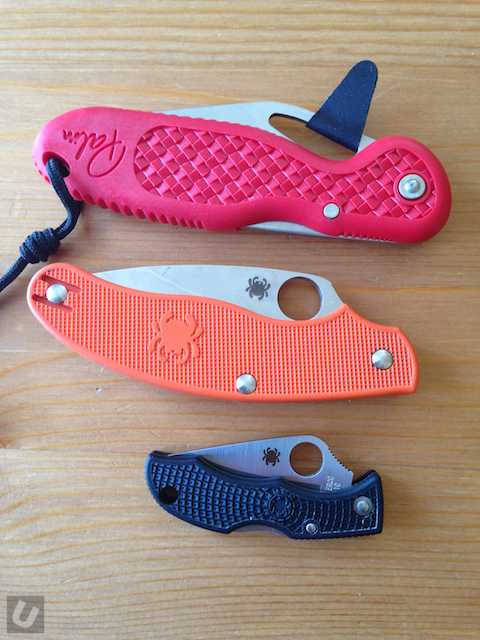 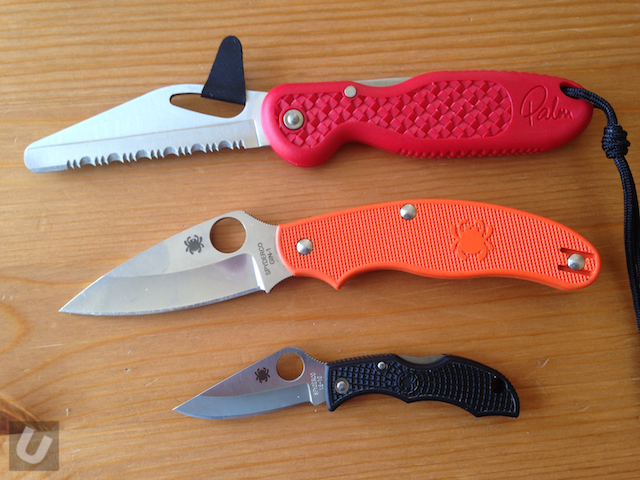 Everything a paddler needs from a knife – a 70 mm locking blade‚ serrated rope-cutting edge and a safely rounded tip. Its low profile knurled handle fits neatly in a PFD knife pocket‚ and the bite pull-tab is a simple addition which makes it easier to open one-handed.

Since landing at Unsponsored HQ the knife has been used to cut and/or hack at anything left lying around including 11mm climbing rope, bits of boat etc. The short review is that for a small knife it isn’t too bad. In a little more detail – It’s pretty sharp and get get through the toughest of rope the serrated area is great and the blunt nose helps to prevent stab injuries. It has no issues at all getting through throwbag rope or various thickness. Some wider climbing tape did need a bit of repeated cutting to work all the way through.

The textured grip works well even though the knife handle is small. I do think however that the thumb hole used for one handed opening could be shaped a little better. It’s not that it doesn’t work it would just be that little bit easier if it were 5mm or so taller.

I have added a longer piece of climbing accessory cord to the knife for a better fit and added security.

So after several months of abuse and being left languishing in wet PFDs for days on end the metal work is still good. No real signs of corrosion at all. I’ve given the pivot point and lock a quick squirt of GT85 as it had stiffened up a little but that quickly returned it to A1 working order.

Retailers such as Northshore Watersports and North East Kayak and Paddles will have plenty of stock and can ship world wide.