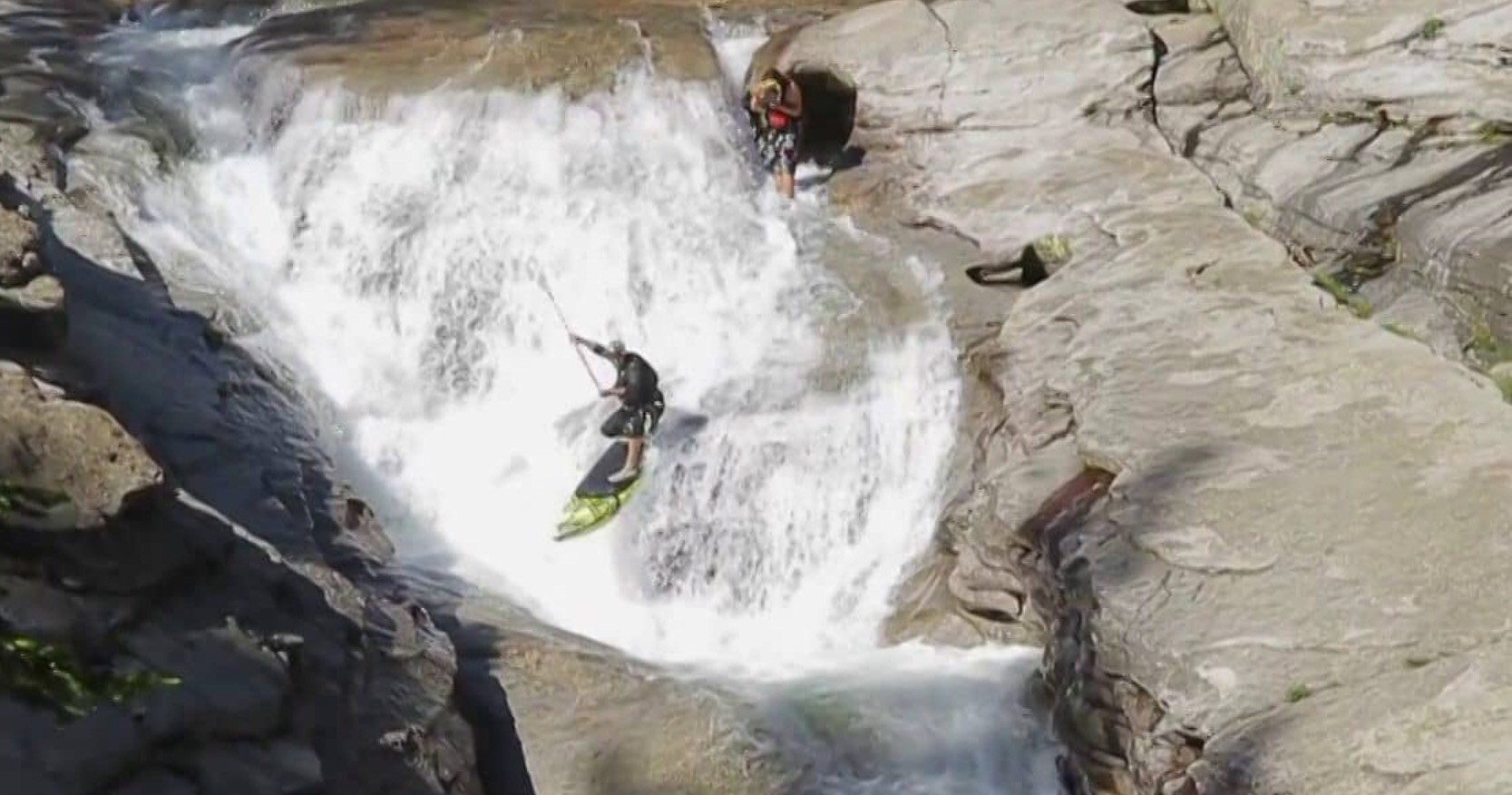 Video of Fletcher Burton’s epic stand up paddling (SUP) descent of South Silver Creek’s 600 foot per mile section. South Silver has always allured whitewater enthusiasts to it’s granite paradise of waterfalls and slides. It was no surprise to us when Fletcher called and wanted to try it’s first SUP descent. The sport of SUP has migrated inland and continues to grow with new vertical descents. Determined to take these “limits” to an entirely whole new level, Fletcher charged it and attempted every drop at least twice (even with a busted leg after Skyscraper).

Fletcher has been pushing his the limits of the sport even before it hit mainstream, by standing up on his wave ski. No stranger to the paddling world either, he has many accomplishments including:

Enjoy the film and we think Fletcher said it best,

“Maybe a stand-up paddler will never do what a kayaker does [on steep creeks] but there is a learning curve and gear to be developed to be able to accomplish something like South Silver Creek.” – Fletcher Burton

Shot with a Sony EX1r, 7D and GoPro’s